The small county of Devonshire, which in the South West of England attracts numerous travelers with the historical circumstance that the Celtic tribes lived on its territory, leaving behind a lot of historical monuments, among which the Forest of Vistman is also mentioned. 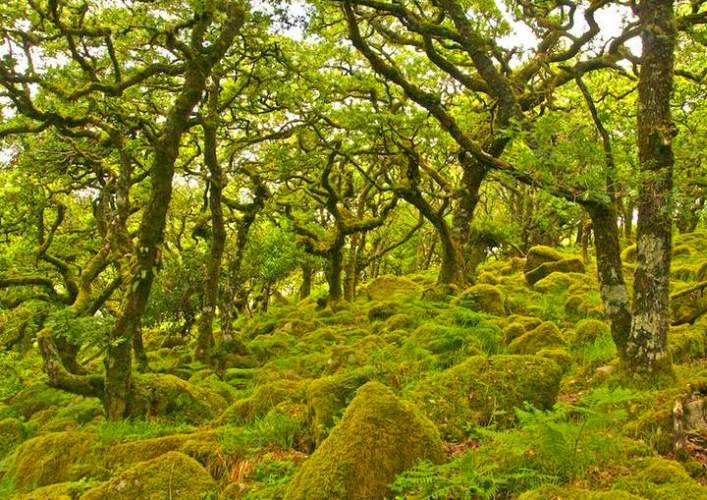 The peculiarity of such a natural monument as the Vistman forest is that for a long time this territory was practically not inhabited, not only by the same ancient Celts, but also by all kinds of animals. And this is due to the fact that the upper part of the soil on which this forest grows is covered with a fairly decent layer of boulders and granite stone, which makes it difficult for people to move along this forest, but also to the animal. After all, slipping off the mossy rock and getting into the crevice is quite simple. It is quite possible to get a decent trauma, which for a long time will remind of a failed journey, along this mysterious forest.

In addition, such European landmarks in the UK as the Whistman forest are covered with a mass of all sorts of eerie stories and legends. After all, the moss-covered rocks and the trees themselves create a rather mysterious atmosphere, which obviously has not only legends of mysterious druids and their mysterious rituals, but also the same hellish hounds that hunt human souls and bodies. However, it was this circumstance that caused the mass pilgrimage to the forest of Vistman tourists not only from all over England, but also from many countries of Western Europe and North America. So, for today almost any trip to Devonshire is not complete without visiting this amazing forest and the reserve of mystical stories and legends. 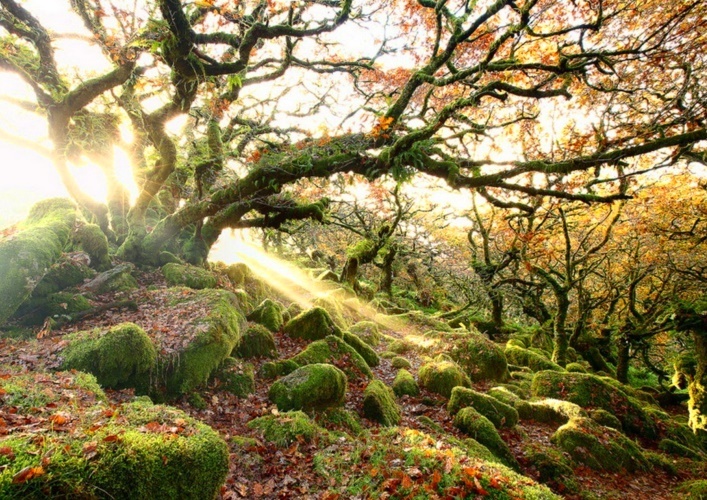 From virtual hazards to real

But this kind of popularity to some extent worries the authorities of this county. After all, despite the security measures undertaken by travel companies, Vistman’s forest remains rather not safe for travel. First of all, the same moss-covered stones conceal a lot of dangerous surprises for lovers of druids and related antiquities, not to mention the large number of dry branches that can fall on the head of the traveler at any time.

With this in mind, a journey through the protected forest of Whistman is limited only to a small area located on the very edge of the forest and equipped with a viewing platform.