Sand baths of the island of Kyushu

Among the various SPA-procedures that are aimed at restoring health and general tone of a person, the sand baths of the Japanese resort of Ibusuki are especially attractive. The fact that the territory of such an island nation as Japan for volcanic activity is compared with the same Iceland is a well-known fact. 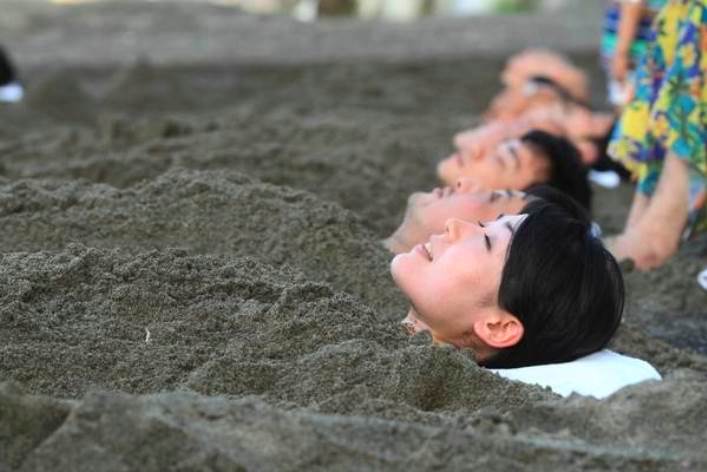 However, this somewhat negative phenomenon has its own positive aspects. So, in particular, on the same island of Kyushu, one of the three largest islands in Japan, volcanic activity is manifested in the fact that there are quite a lot of mineral springs on this island that rise from the depths of the Earth, are heated by volcanic lava and are curative for restoring human health.

However, in addition to mineral springs on the same island of Kyushu, near the city of Ibusuki, there are no less beneficial volcanic sands, which, with the goal of general health, are taken as sand baths. That is precisely this phenomenon of nature and acquired the world-famous resort of Ibusuki. 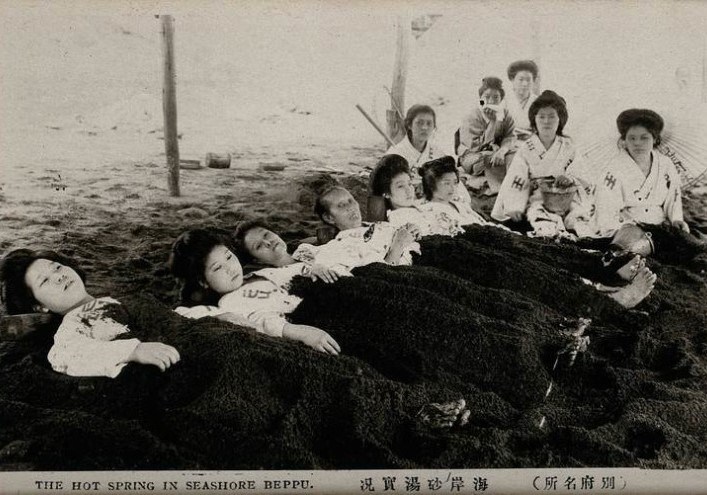 The curative activity of Isubuki’s sand baths is that the volcanic sand located in this resort is heated by volcanic heat to a temperature of about 50 ° C or 55 ° C. And if the human body is placed in this material, then under intensive influence of the sand and the air layer located between the sand particles, an intensive saturation of the human body with oxygen begins, which can be compared only with finding a person in an isolated chamber saturated with this beneficial gas.

In this case, this SPA procedure, taking only a few tens of minutes, brings the general state of a person into a state of vivacity and increased physical activity. Perhaps in this effect, the volcanic sands of the island themselves, or some other natural factors, are to blame, however, the result obtained at the Isubuki resort is incomparable with similar procedures implemented in artificial conditions.

Proceeding from this, rest in Japan and at this resort has enjoyed constant popularity for several decades. So, it is quite legitimate that the Isubuka resort and its sand baths entered the prestigious category of Asia’s attractions in Japan.