House on the Volcano

Not many of us can afford to build a house on a volcano or in the desert, having ordered the project from the most successful at that time architect — Harold Bissner Jr. Many are looking for unusual places on the planet, and only a few can create truly unique objects, interesting for many decades.
Unusual places for rest — a house on the volcano

The idea to build a house on a volcano (of course, extinct) and its further embodiment, belonged to Ward Wallace. He is a talented engineer and inventor who earned a good fortune during the Second World War. He developed various parts for aircraft and helicopters. It should also be noted that he is the inventor of the first skateboard, with the official patent for this product. 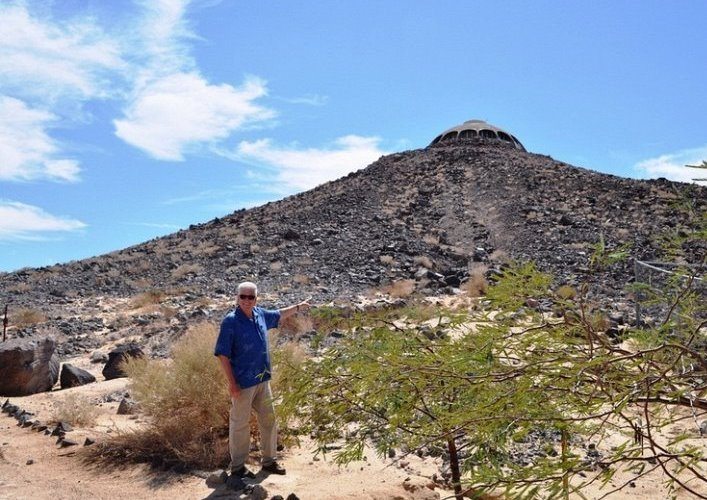 So, the house was built in 1968, the foundation is set at a 50-meter height — the top of the volcano, which has long since died out. Yes, however, and the surrounding landscape is also quite specific — this is the western Mojave Desert, namely in southern California, a place called Newberry Springs.

The future owner of the house commissioned a project that would repeat the architecture of the information center of the new nuclear power plant, built in 1965 in San Onofre. Wallace basically built the house of his dreams for a family, where you can forget for a while about the hurry of the metropolis. Such attractions of America as this house, amaze not only by its location and appearance, external decoration also causes a healthy feeling to make. Just imagine that the area of the house is 2500 sq. M. Feet, including 2 bathrooms and 2 bedrooms. 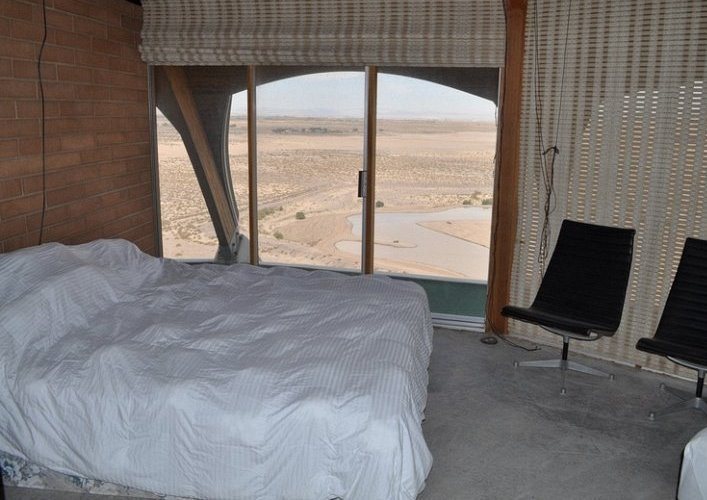 A unique building is looking for a good owner

Nearby built a small house of 750 square meters. Feet, intended for the caretaker of real estate, as well as for holding seminars for engineers specializing in the design of components for helicopters. Such interesting places in America as a house on a volcano in the Mojave Desert are carefully guarded by the owners, in particular, this structure is «fenced off» by a 5-foot-deep and 2-deep moat. The whole platform is crowned with an observation platform, which opens a 360 degree view and to neighboring mountains and to the desert.

After the death of Ward Wallace in 1987, his family still owned a unique home, after which in 2000 he was sold to a developer from the United Kingdom. He in turn sold the house in 2003, after which the building was put up for sale. And only in 2010 this house donated to Chapman University, and to this day the owner of real estate has not changed.