At present, the extraction of mammoth tusks in Siberia is quite common. Several thousand years ago the Siberian lands were inhabited by ancient powerful mammals — mammoths. But after the onset of the glacial era, these huge animals had no chance of survival. 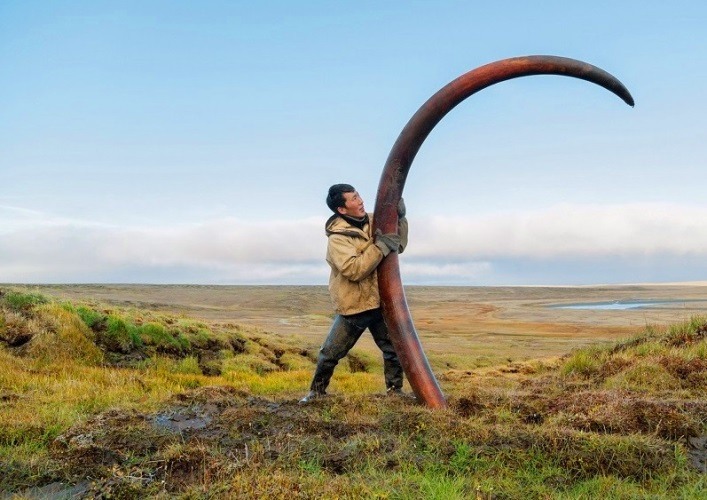 As the geological map shows, the land of Siberia is rich in fossils, and one of the most popular trades here is the search for the remains of ancient animals, namely the extraction of mammoth tusks. According to experts, the good of this in the Siberian lands is enough. A year, several dozens of tons of unique minerals are mined. Looking at such volumes, we can safely say that these places were inhabited by a huge number of furry giants. The history of mining remembers record sizes of tusks up to 20 cm in diameter and weighing up to 110 kg.

Extraction of tusks of mammoths is a rather labor-consuming and energy-intensive process. The difficulty lies in the fact that often ancient fossils are hiding in swamps, on the river bottom and in the frozen tundra, but only one such trip is not an easy thing. To extract one such ancient specimen it may take up to several days, depending on the size of the fossil, the place of extraction, and a number of other conditions. 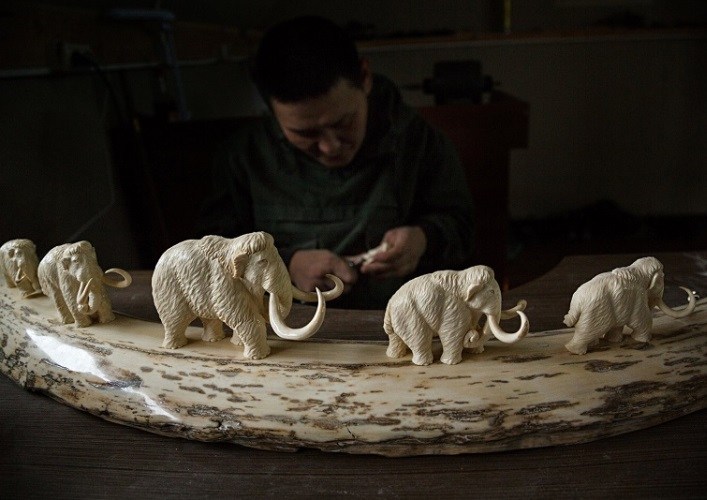 What do they do from mammoth tusks?

One of the thriving studies on the vast Russian territory until the 50s of the 20th century was a skilful bone carving. The local artisans made jewelry boxes, boxes, small sculptures and figures from such a durable and durable material as the mammoth’s canines. Incredibly plastic, this material was rather difficult to process. By strength it can be compared with pearls, amber or coral. With a clever approach, the tusk can be given a completely different shape.

Unfortunately, this unusual fishery is very popular among poachers, who extract unique material for the sake of profit and sending to the territory of China. There, tusks are a fairly popular raw material, which is used for carving ivory. Thus, valuable information about these mammals, their lifestyle, climatic features of the terrain and much more are lost.

In the so-called «black» market, a good mammoth tusk can cost about 25 thousand Russian rubles per kilogram of material, and sellers of some antique shops can request a decent amount of money, up to $ 1 million, for one unique copy of the artistically decorated and decorated with intricately carved tusks. 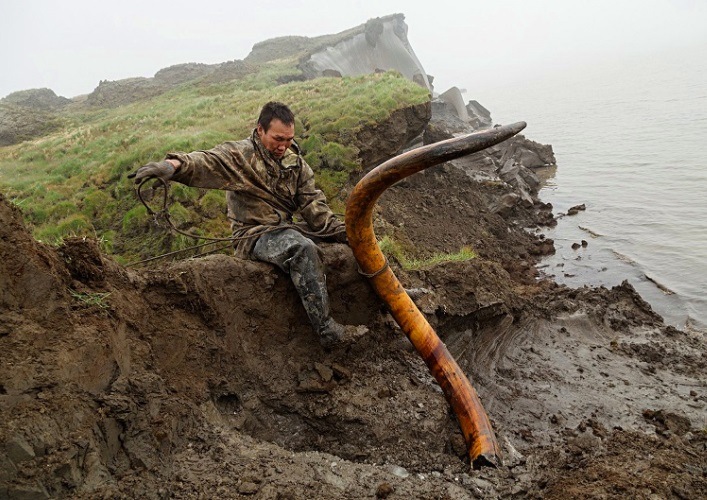 Interesting places in Siberia are not only snow landscapes. What’s worth is the extraction of unique fossils in the form of mammoth bones. For example, it is here that Lake Baikal, the largest lake in the world, is located, reaching up to 80 km wide or taking the legendary Olkhon Island, which is associated with many historical legends and many others. So, if you plunge into this topic, then more and more interesting facts of this industry are being discovered …