The National Park Lena Pillars is a huge succession of elongated cliffs that extend for many kilometers along the course of the Lena River. This rocky reserve, due to its unusual geological formations, is protected in the most careful way and is considered a natural treasure of Yakutia.

The park of the Lena Pillars includes two isolated sections from each other, namely the territory of the pillars and the site with the name Sinsky. Long ago this place attracted attention and caused special feelings, made you tremble and reverberate. Even ancient settlers (Yakuts and Evenks) considered this territory a special sacred place.

Simple mortals were very afraid of angered rocky spirits, because they thought that the huge stone pillars had once been living people who were created by a powerful magical power. Only the most respected shamans, mages and elders were allowed into this sanctuary of stones. 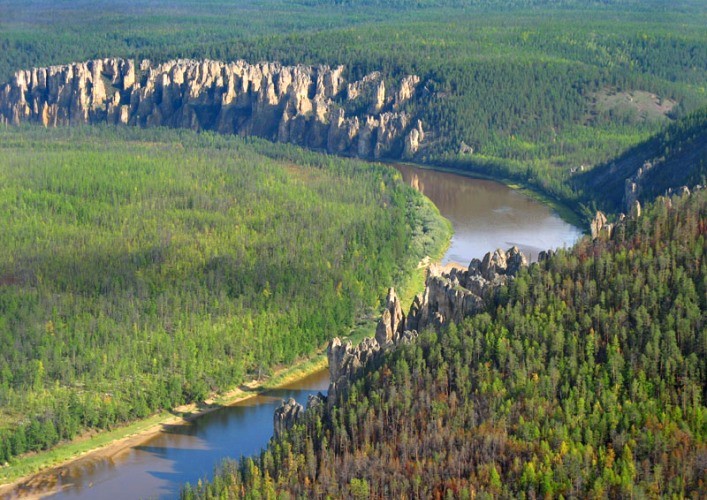 The process of forming stone pillars

After numerous geological investigations, many interesting facts about the composition of rocks and the age of giant sculptures became known. Most of them are sedimentary rocks, whose age reaches about 570 million years. Once upon a time there was a shallow warm sea on this place, which touched the coast of Siberia in antiquity. Not for one million years its bottom was littered with numerous generations of all kinds of microorganisms that gradually layered on each other and formed layers several meters thick.

Time went on as usual, and in the place where there was once water, land was formed. Numerous cracks and faults were formed, the valleys of the river gradually formed, along with all kinds of terrestrial and climatic processes, erosive weathering also took place. All this eventually had a significant impact on the unusual structure of the rocky pillars, consisting mainly of carbonate rocks. Later this unique landscape phenomenon was called the Lena Pillars. 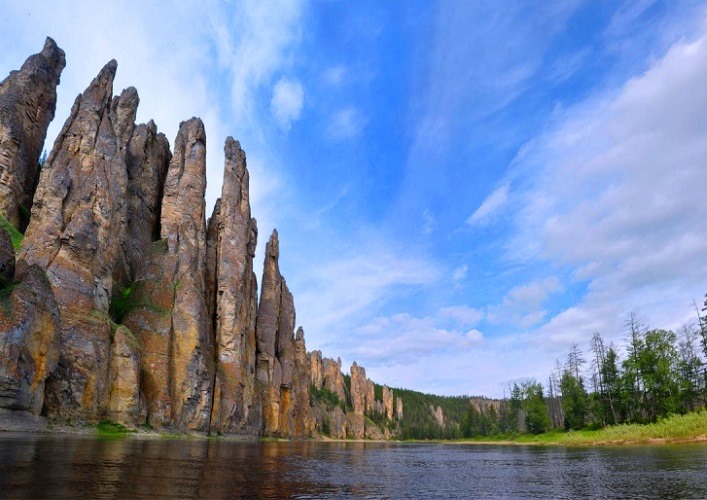 How to get to the Lena Pillars?

To reach the national park Lena Pillars can be done with the help of travel agencies, organizing cruises. Traveling around Russia can become very exciting and interesting not only for tourists, but also for numerous scientists and researchers. In addition to the poles in the national park, there are other attractions worthy of attention. Cave paintings and drawings are of great interest.