It is located a giant mine in the vicinity of Mirny in Yakutia. The kimberlite pipe «Mir» is a huge quarry where it is possible to extract diamonds. Hence the name «Mir». The depth is 525 m, and the diameter reaches 1.2 km. 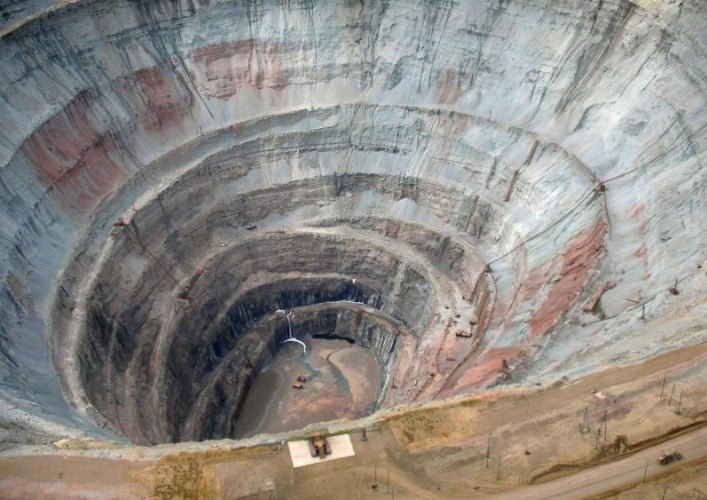 However, our Kimberlite pipe «Mir» is far from being the only one of its kind. Let’s look at similar objects that hit with their size. In the South African city of Kimberley in 1871, a diamond of 85 carats was found, which weighed about 16.7 grams. Following this event followed the hunt for diamonds. The formation of the kimberlite pipe becomes possible on the site of the volcano, which is why the shape of the mine resembles a funnel. In certain volcanic processes, a kimberlite rock out of the earth’s interior explodes outward, which sometimes includes diamond particles.

At the site of the discovery of a diamond deposit, a settlement, Mirny, emerged, which gradually developed into a small town (approximately 36,000 inhabitants). It was extremely difficult to extract diamonds in connection with the frozen ground, which they had to pierce with the help of explosives. Production produced its results, and in the mid-20th century, production totaled 2 kilograms of diamonds per year. In 2001, the operation of the mine was discontinued, just for the service life, the proceeds from the sale of diamonds amounted to $ 17 billion. 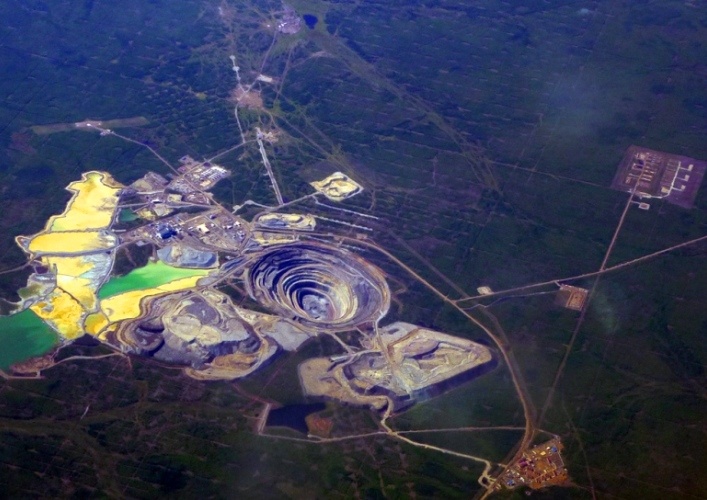 Deadly funnel or a new eco-city?

Consider the scale of this Yakutia sight from the helicopter will not work, since it is prohibited due to the danger of sucking. (However, the entire object «Mir» is perfectly visible from outer space.) The threat is also in the walls of high-rise quarries, which can collapse as a result of landslides. Thus, a bloodthirsty funnel can swallow the surrounding territory, and even built-up areas.

Scientists about this grand mine are building interesting plans. Maybe after some time there will be placed a flourishing eco-town, covered with a transparent dome with solar panels. Despite the willfulness of the Yakut climate, clear of days will be enough to provide electricity to the city of the future. The lower tier of the mine can be commissioned for agricultural needs, since the natural heat of the Earth can promote the growth of different crops, despite the fact that outside the quarry the temperature can drop to -60 ° C. Mid — forests and parks, while the upper floors will take the tourist and residential area. 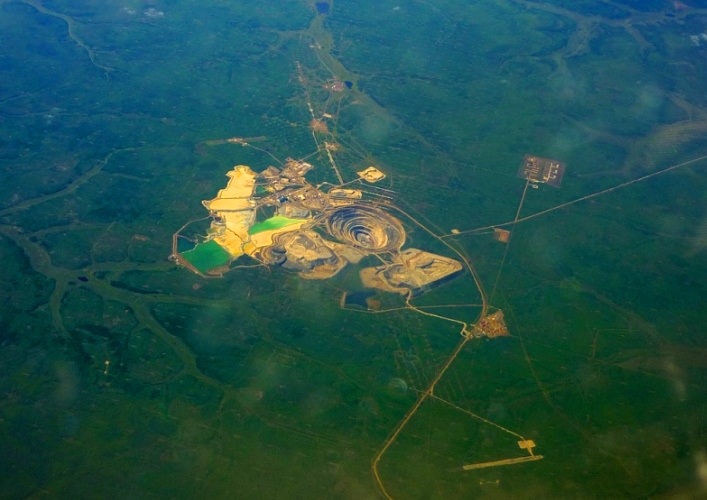 Siberia is famous not only for its frosts, it is also a land rich in precious natural resources. This is a unique in its way the location of the kimberlite, which is known for quite interesting facts, for example, here was found a diamond weighing 68 grams, and this is 342.5 carats.