The history of modern architectural design knows many examples, the creation of original designs designed to make a person’s life more comfortable and convenient. And here is another «masterpiece» of the modern avant-garde in the field of architecture Cocoon or a lodge for solitude.

Cocoon or an example of inhabited minimalism 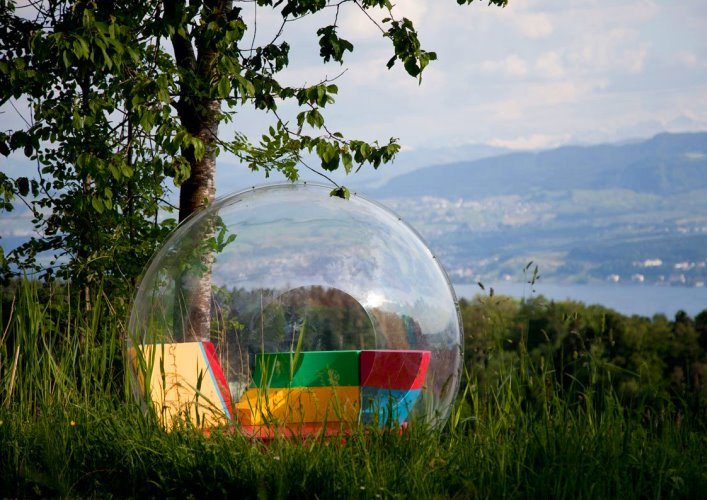 Perhaps for that category of residents of Western Europe and North America who do not think themselves without spacious apartments and kitchens the size of an aircraft carrier’s deck, living in our domestic dwellings of the era of so-called «developed socialism» and called «Khrushchevs» in the people will seem some original decision of the organization Inhabited space with elements of rigid minimalism.

But the Swedish architects from the Micasa laboratory went a little farther and earlier this year they presented their next development to the court of viewers under the rather laconic name «Cocoon». As can be judged from the translation of this word, the proposed dwelling or habitat is nothing more than a «cocoon» whose dimensions are limited to a total diameter of a cocoon of 180 centimeters. 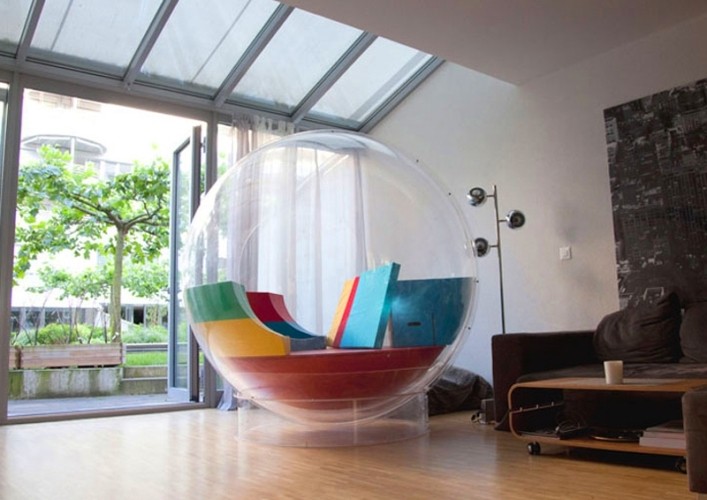 But, despite its modest size, the «Cocoon», which is a transparent, plastic ball, is quite functional and, depending on the configuration and, naturally, the price, it can be transformed from a small place for solitude in nature, to a full-featured office workplace with availability Electric heaters and lighting, to air conditioning and sewage systems. So, that in due course the sights of Europe in Sweden can replenish also with such constructions located in the most not probable places of city space.

According to the idea of the authors, «Cocoon» can be located anywhere, starting from the lawn of Stockholm’s city park, before placing it on the branches of one of the nearby trees. In the latter case, the owners of this design, it is true, should first assess the carrying capacity of the crown of the proposed to accommodate the inhabited ball. 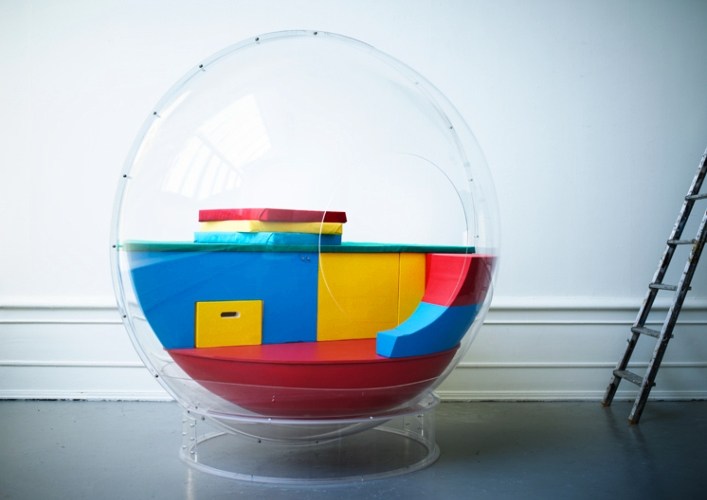 Despite the visual «lightness» of the design of «Cocoon» in the minimal configuration intended for carrying out the process of meditation, it weighs a little a lot, but a hundred kilograms. So, if you decide to observe interesting places in Europe in the capital of Sweden or another landscape, you should also think about security measures.