Educational excursions of the Louvre for children 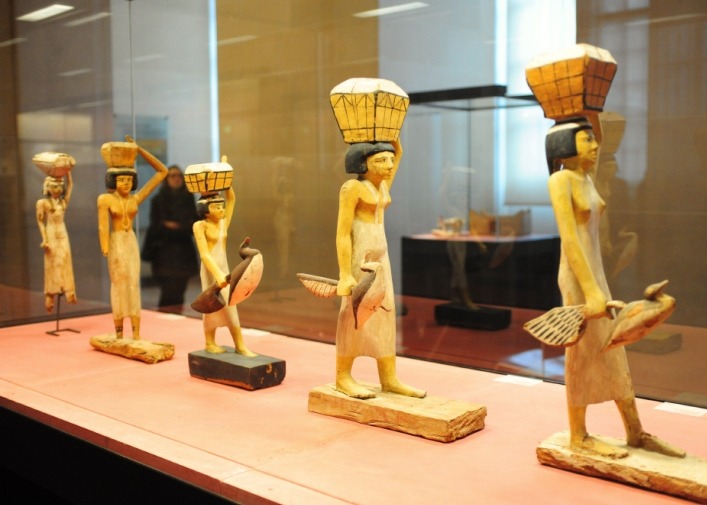 A thematic excursion dedicated to Ancient Egypt, will tell you about the unique state of antiquity that arose at the end of the 4th millennium BC. Until 332 BC. This civilization arose due to the great Nile River. Unusual architecture, sculpture and painting of the ancient people is widely represented at the exhibitions of the Louvre. Perhaps young tourists will receive answers to their questions about the birth and development of astronomy, the ancient warlike rulers of Memphis, the legendary heroes and beauties, the pharaohs and their retinue.
Egyptian gods and their earthly embodiment — the pharaohs — the central theme of the narrative of guides. Mysteries of the ancient pyramids, discovered during excavations of the past and the century before last, still await their solution.
The one god Ptah, the god of the sun Ra, the god of wisdom of Totus were objects of worship, and most of the artifacts indicate how the cults were sent to these gods.

How and why did the Pharaohs mummify and be buried with their entourage and immense riches? What are the secrets of clay tablets and unsolved hieroglyphs? The secrets of temple relief images — everything is ready to open to a young inquisitive mind.
Through everyday objects and everyday life, causing genuine interest, the daily life of the ancient Egyptians is known.

Tour of the Louvre as the abode of the great rulers of France is also adapted for children and youth. In addition to general information about the daily lives of state leaders, children will be given basic information about how the festivities were held. They can get acquainted with the magnificent decoration of the festive hall, learn about the events of the coronations, weddings, solemn departures and balls, the reception of ambassadors.
The apartments of the most famous ruler of France — Napoleon will amaze with its magnificence. Numerous stories and secrets of the Louvre will be revealed in the story stories of guides. The Louvre is not only the abode of kings, but also a palace with ghosts and secrets. Young people learn about the heyday of this palace and oblivion. About how the Louvre has turned from a fortress into a palace, and then the greatest museum in Europe, why the Louvre has always been opposed to Versailles — will be told in an accessible form to young tourists. Perhaps they are interested to know how true the descriptions of the life of kings in the novels of A. Dumas and other authors? Perhaps, the mystical glass pyramid of the Louvre, its secret rooms will be very interesting for children. 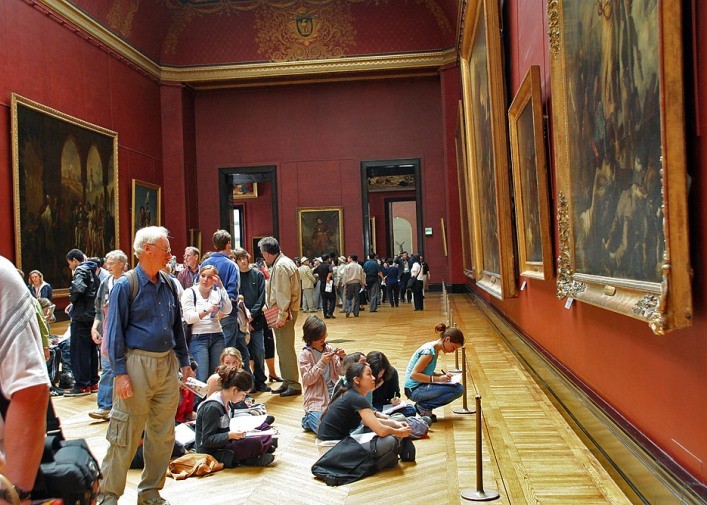 The third thematic excursion is «Louvre of kings and the main masterpieces of the museum». She supplements the previous information about the history of the creation of the great canvases by Leonardo Da Vinci «Gioconda», Delacroix «Freedom on the Barricades», David — «Dedication of the Emperor Napoleon I and the Coronation of the Empress Josephine», which are stored in the original.

To see the sculptures of Venus of Milo and Nika of Samothrace is the embodiment of a dream. Collections of jewelry and masterpieces by Maria Medici, the Cardinals Richelieu and Mozarini will amaze even the sophisticated tourist.