Few people know that the famous Nazca, not only in Peru, and bears the enigmatic images. Just 25 kilometers away is the town of Palpa, situated on the plateau called Palpa Pampa. It also suffered hundreds of similar lines, bands and dozens of drawings. Local people know about them for a long time, but the interest of the scientists appeared only in the early 1990s thanks to the Swiss researcher enigmas of the past Erich von Däniken. 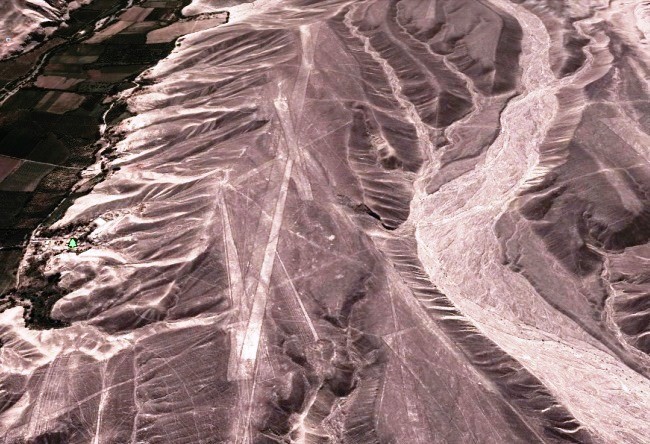 The size of the area where applied man-made drawings still no one is defined. Pilots local tourist airlines argue that patterns and stripes are drawn far to the east into the mountains. If you look closely, «bird’s eye», we see that the «runways» and other geoglyphs and extend to Nazca. 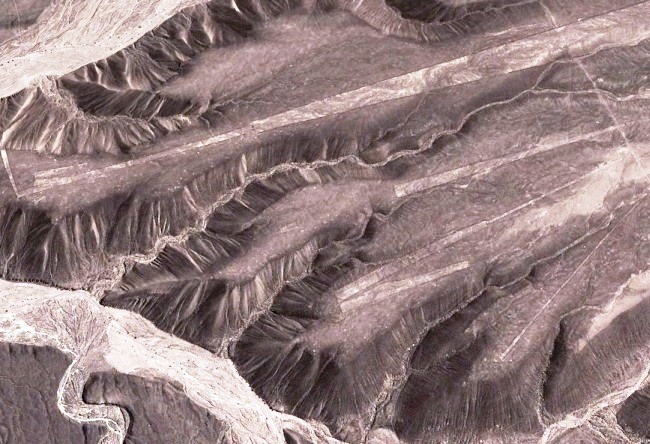 Palpa – a set of low hills on the flat tops of which cut like a giant knife, stretch man-made lines and bands. The width of some of the bands reach several hundred meters. Lines and bands intersect and overlap one another, reflecting the different time periods of application images. 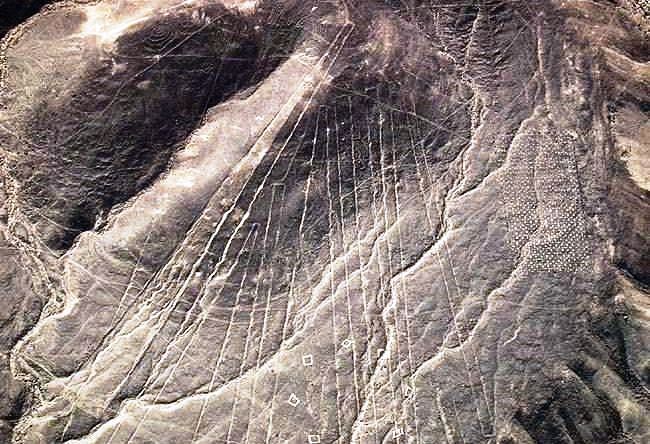 Amazing plateau has about a dozen of anthropomorphic drawings created with varying degrees of skill. Humanlike creatures with strange hats in the form of feathers, hats or slightly reminiscent of a rounded helmet. In addition, there are a few images of animals, birds, similar to the condor, a whale (orca) and various mammals. But the main thing in Palpa complex – the presence of geometric images that affect their mathematical accuracy, proportions and complexity. Primarily, this figure «star» (Estrella), as it is known locally. 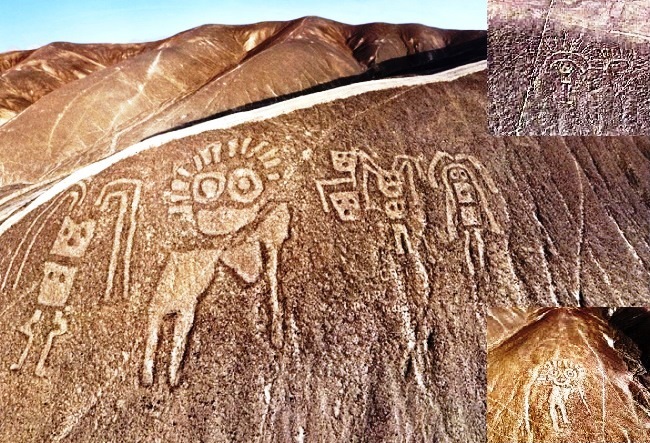 Another, no less mysterious figure – «sundial». There is an assumption that the image was used to observe the sun. Center compositions made as a double helix or labyrinth. Next to the «clock» is a complex of lines and bands, which, as it seems, at first sight, in disarray cross each other. Recently discovered in Egypt «runway» in Peru …