On the territory of the National Park, Oregon is one of the most amazing natural sights of the United States – Lake Crater Lake (or Lake Crater). The lake is located inside the crater of an extinct volcano Mount Mazama. According to experts, about 10 thousand years ago, there was the strongest eruption, resulting in an small crater, which for seven centuries much ass and filled with water due to frequent rains and snowfall. 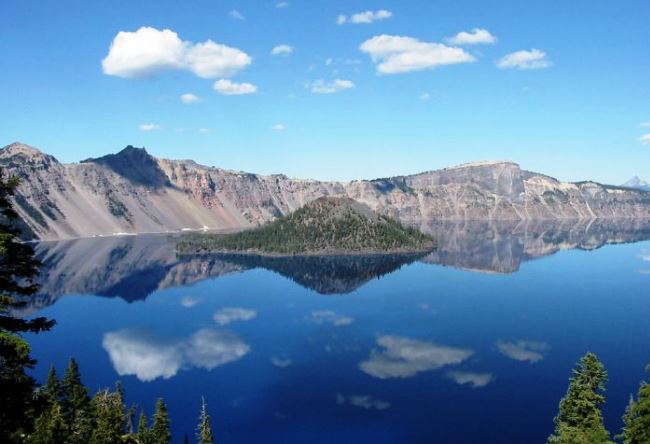 Crater Lake National Park has no connection with other rivers, but it is not does not affect the crystal clarity of the lake itself. Until a few centuries ago in the waters of the lake had no fish, but thanks to many years of laborious work of environmentalists, here there are such kinds of fish as trout, salmon, salmon and others. For those who like to fish in Crater Lake, there are no restrictions. The only thing asked environmental protection agency, is used for catching fish – artificial bait. 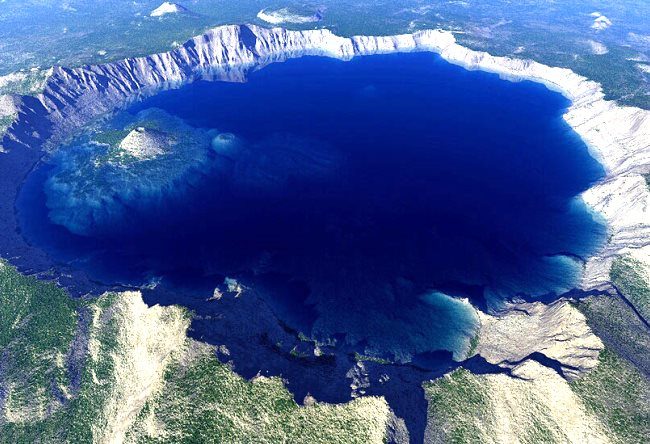 The most important talisman of the lake is «Lake`s the old man». For many years, the world legends of the country’s inhabitants Crater Lake, which, as it turned out, is just a big log, floating upright. Employees of the National Park track the movement of timber, to prevent accidental collisions with boats of tourists. 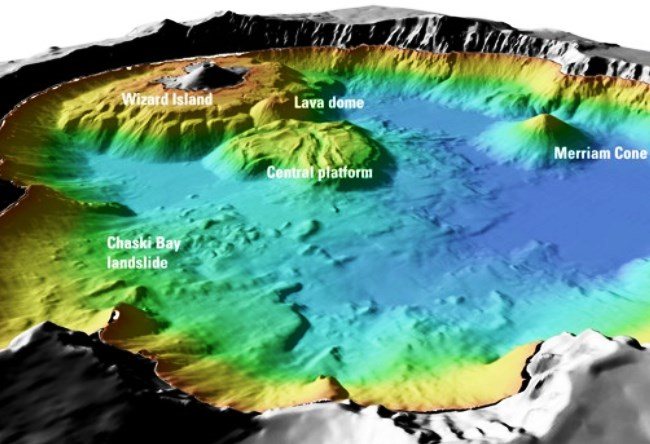 In one of the outskirts of the lake there are several islands of various sizes, the largest of which is the island of Wizard, whose height reaches 230 meters, and the area is 127 hectares. Some fans of unusual entertainment is permitted to land on the island for a walk for a few hours, stay overnight on the island is strictly prohibited. 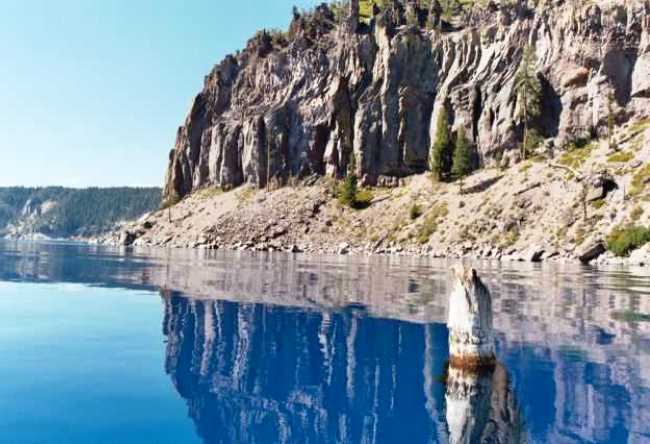 One of the small islands of the lake for its interesting shape resembles ancient ship – island Phantom Ship. Every year hundreds of thousands of tourists from different countries come here to see for a unique wonder of the world – Lake Crater Lake.