The whole world knows «picture» of the Nazca plateau, but they are not interested, as the academics, and the general public. Too much attention, too many tourists, already there and you can not tell where the trodden the crowd of onlookers, and where in fact the ancient geoglyphs. Recall that the paintings of enormous size and are created on the relief area. But the official science still claims that in the past people have done this miracle alone … 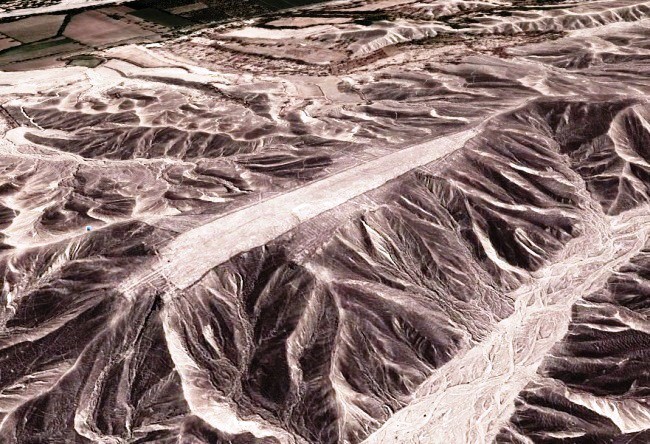 However, there portotip Nazca. Nearby, about 25 km on the plateau Palpa is a small town with the same name, but around a lot of drawings and «aerodrome». And the entire distance from one plateau to another, here and there are small airstrips, as if someone had been training before the real work. 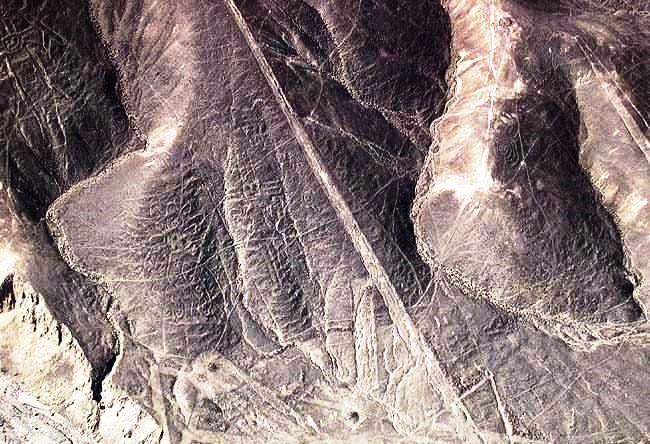 All attempts to explore and study these geoglyphs were relegated to the third plan, and assigned to the area of ​​the fantastic assumptions. But there are figures of Nazca and Palpa one, rarely appearing in a series of pictures, but it is extremely interesting to study. It is situated in some distance from the core and is more like a drawing which is made on the uneven rough surface area of ​​approximately 1000 m2. How or what the drawing was made, still remains unknown, but the accuracy of geometrical lines «nepravdobodobno real.» There is no doubt that this figure for many years very closely studied by many scientists, but the fruits of these studies will never be known for certain reasons. 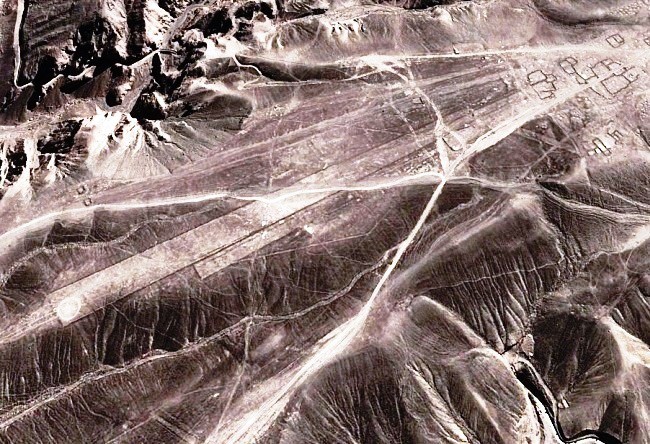 First of all scientists strikes the perfect geometrical proportions of the drawing, which is impossible to achieve without the correct and precise knowledge of the laws of modern geometry and coordinate systems. Another interesting fact is the unique and perfect accuracy of the drawing, which was made possible only in the last decade, but 1000 years ago. It was therefore concluded that the locals of the time could not create this. 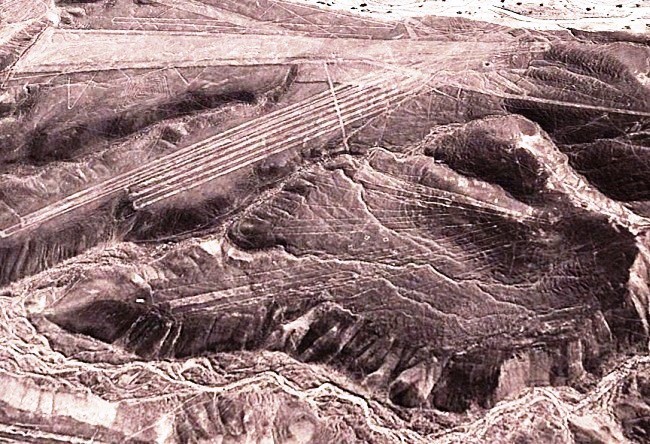 Perhaps this figure lies a hidden, encrypted information, and the key to getting this knowledge lies in the drawing. After trying redraw drawing on paper, the scientists were surprised to the fact that it is very difficult. To Palpa drawing was perfectly precise and correct, to begin his mark should be strictly a center. It is possible that the professionals would be able to do it differently, but not necessarily the natives who lived at the time.