Pretty unusual monument from unknown ancestors had left the inhabitants of the north of the USA. In the lands of Virginia, Ohio, Pennsylvania and Kentucky, scientists have discovered more than 1,000 unusual mounds in a variety of animals. On the ground they look like the most commonplace boulders, but if you get up in the air and they are just stunning. 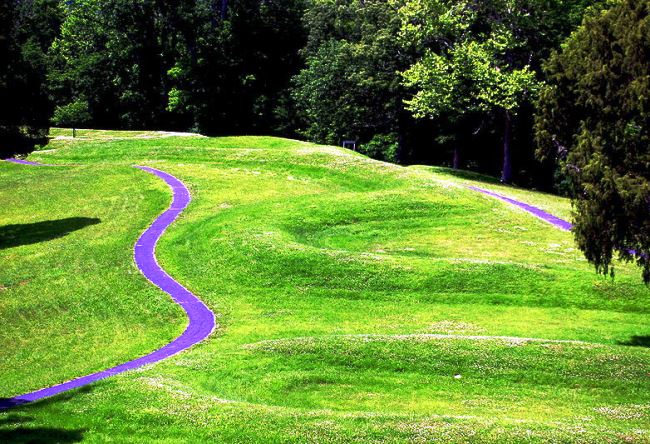 The most ancient, perfectly preserved in bulk is the Great Serpent Mound. Its origin dates back to 3000 BC Scientists have carefully studied its structure and concluded that it is not just ancient structure. Guess what kind of snake is this mound, will not be easy, but most likely a prototype of Serpent Mound was a rattlesnake, often portrayed by the Indians, who lived in ancient times. 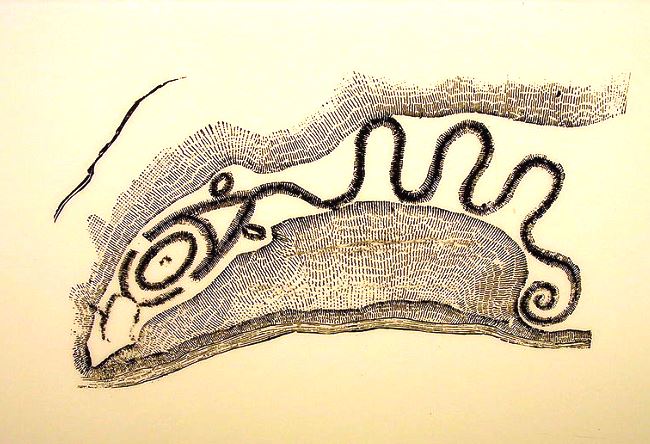 Since the opening of the mound has been more than 100 years, and during this time a lot of detailed research has been done. Remarkably, until now there was no detailed images or maps Serpent Mound. This is due to the fact that the mound is located in the area of the magnetic anomaly, making it difficult north compass using the definition. 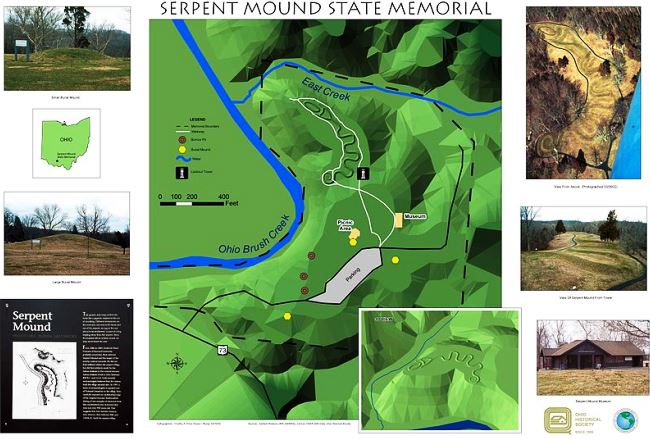 But even after the mapping, when it was decided that on the mound all fully aware, in the study took part geoastronomy, decided to find the orientation of the structure to a certain point of the horizon. Their efforts were crowned with success. Eggs that grabs the snake and her head to indicate the point at which the sun sets on the summer solstice, that is strictly north-west. 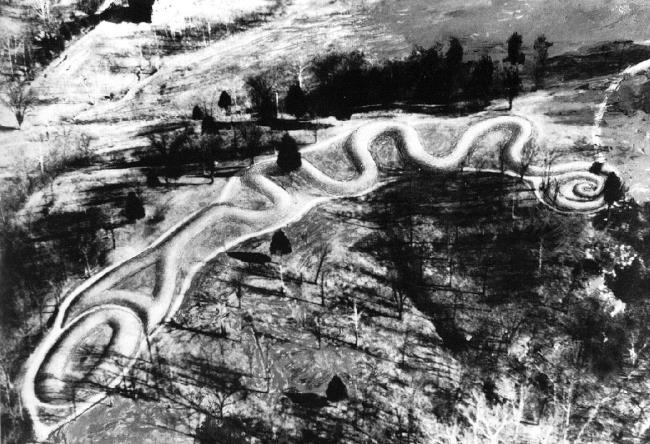 The next step was seasonal mark points of equinoxes and solstices. Three round rattlesnake pointed to the days of the equinoxes and solstices. All seven turns very precisely celebrate the most important point of the lunar cycle, which lasts 18.6 years. From this it can be concluded that the ancient Indians knew very well the location of astronomy and celestial bodies, as pointed out by erecting such buildings.