House turtles and Convent in the city of Uxmal Mayan

Founded this ancient city was August 15, 1007 BC Ah Tutul Suytok Shiv. The city has long been one of the political and cultural centers of the Mayan people in Mexico, throughout the Yucatan Peninsula. Ancient history of the city remains a mystery, but according to some findings, it became known that at the end of X century AD Mayan city was captured by a tribe of efforts Tutul Shiv, and from the XIII to the XV century Uxmal participated in bloody internecine wars with the cities of Chichen Itsoy and Mayapanom for political domination in the peninsula. 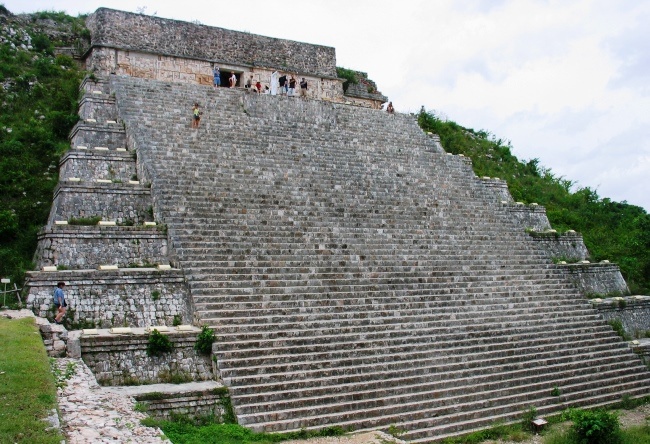 Unfortunately, the exact sequence of events is now impossible to recover, but at the Peninsula War ended in 1441, with the fall of the dynasty Mayapana, captured the Uxmal city more in the XIII century. A characteristic feature is the huge, square area in this city, and on the edges of the buildings, the classical style Puuc According to the research, in the Uxmal city lived more than 25 000 people. 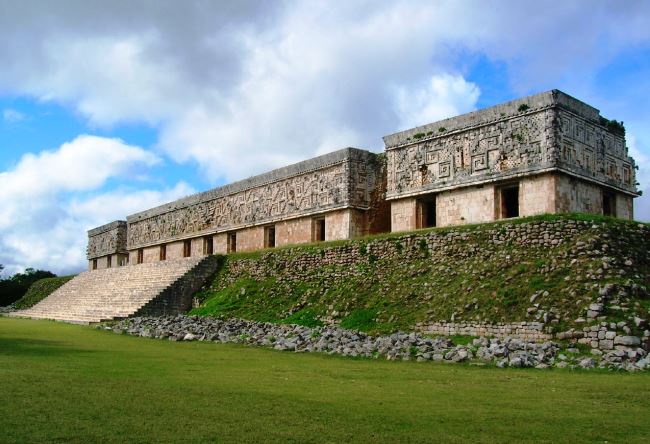 The ruins of the city many times investigated. Since the beginning of the XIX century in the city of complete or partial restoration of buildings has been carried out. The most significant monuments of the monumental architecture of Uxmal is «the ruler of the Palace», building, incredibly ornate variety of sculptures and mosaic frieze, which consists of more than 20 000 individual particles. 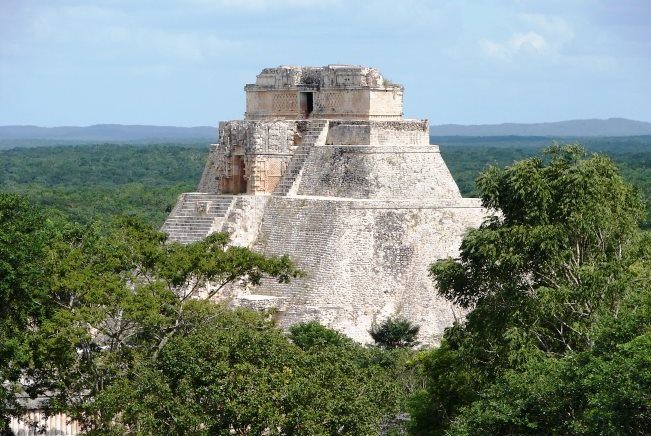 On the pyramid whose height exceeds 30 meters, is the «House of Magic» and «Pigeon». And next to this pyramid is a complex consisting of 4 buildings, completely encircling the entire courtyard and having an output with an arch on the southern side. This complex is called the «convent». The town is also located such remarkable buildings as «dwarf House» and «House of turtles.» 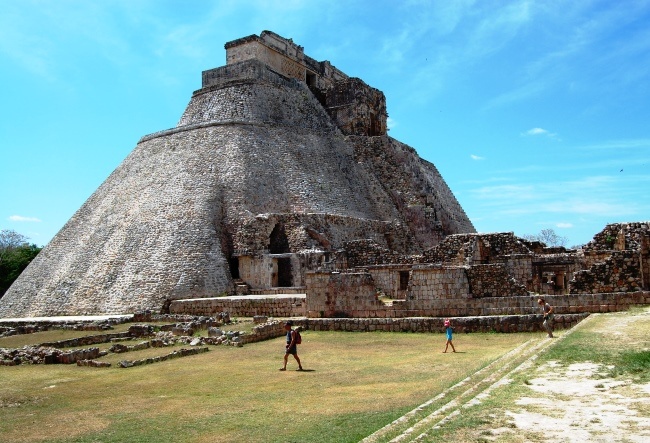 Start the tour is best early in the morning until very hot, because in order to explore all that the envisaged program takes most of the day. For tourists, the city is available 364 days a year, but at night, from 19.00 at Uxmal begins the show of sound and light, which is also included in the ticket price.