The megalithic complex of Puma Punku in La Paz

Translated Puma Punku literally means «door of puma.» This ancient architectural complex is a rather large mound of clay, which is faced with megalithic blocks. Dimensions of the mound to the north to the south – more than 167 meters, and from east to west about 117 meters. In the north-east and south-east corner there are additional embankment. 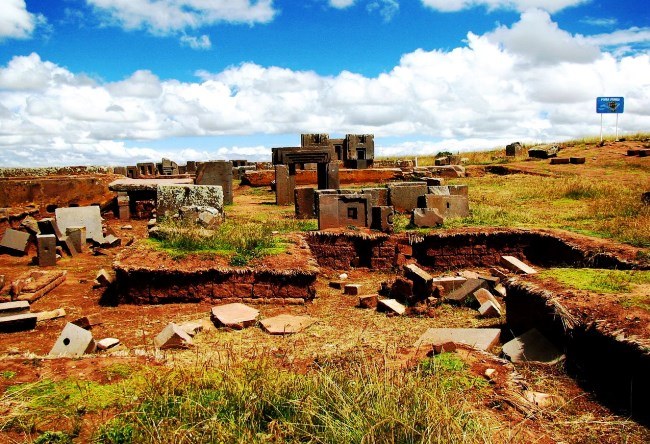 On the eastern edge of the complex there is terrace, which is called «Platform Lititz.» As part of this platform is the largest block of stone from all that were found in the Puma Punku, estimated its weight is about 131 tons. It is believed that in the heyday of Puma Punku certainly was a stunner. 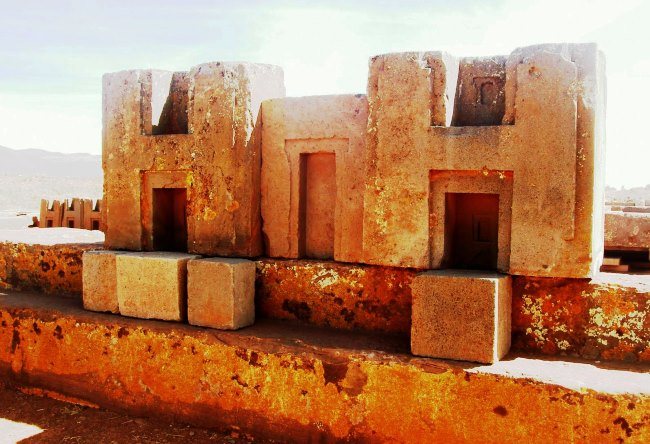 It should be noted, however, that the current understanding of the value of this object and its role very approximate, since there is no historical written sources. At the same time is not the best way to be able to tell this object barbaric destruction of the blocks, which were used in the construction of the railway. During the excavation of the nearby localities Puma Punku ceramic bowl was found in the middle of the last century, which contained early Sumerian writing. 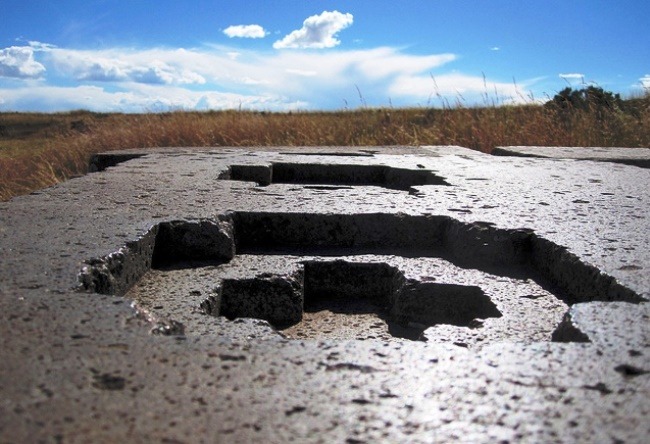 Using a variety of methods revealed that in a radius of approximately one kilometer from the complex there are hidden under the ground the remains of various buildings. From that moment, as a set of Puma Punku was discovered, one of the most important research subjects became his age. Analysis of the bottom layer of the mound has determined that the start of work had to 536-600 AD. It is noteworthy that the layer was laid directly on the Pleistocene. 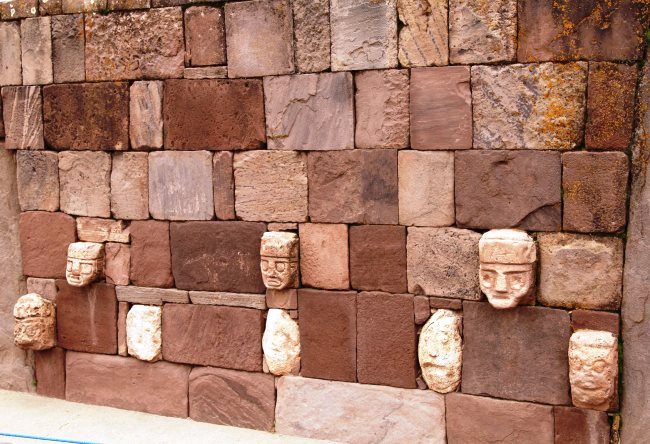 No less interesting is the fact that the stone blocks of the complex are treated in such a way that the quality of the surfaces and their shape allows them to join without using any cement slurries. Stone blocks are a kind of designer, which has quite a lot of interchangeable parts – standard elements, which means mass production.