Park named Pedra Pintada translated from Portuguese means «painted stone». Indeed, one has only to enter the gates of the National Park as soon as possible to understand why this unique natural object is «speaking» name. The fact that the territory of the park colored stones – one huge rock formation that is elevated to the rank of the archaeological monument 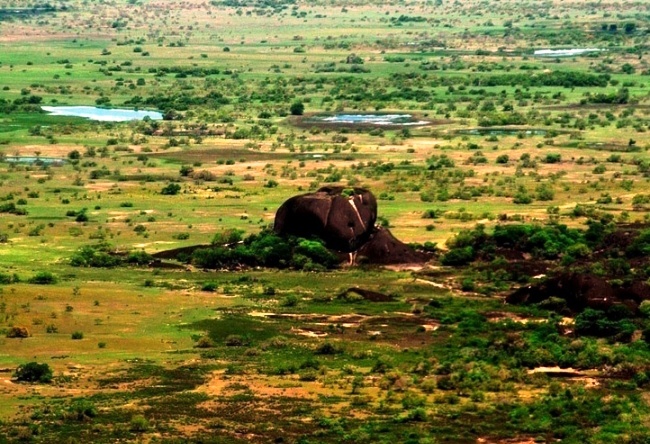 The park is located in the Brazilian state Roirama, 140 km from Boa Vista, capital of the state. The central object of the park is a beautiful rock that capture the imagination of visitors. Its name follows the name of the park. The height of the rock is 35 meters and it is located at an altitude of 83 meters above sea level. Pedra Pintada is shaped like an egg. 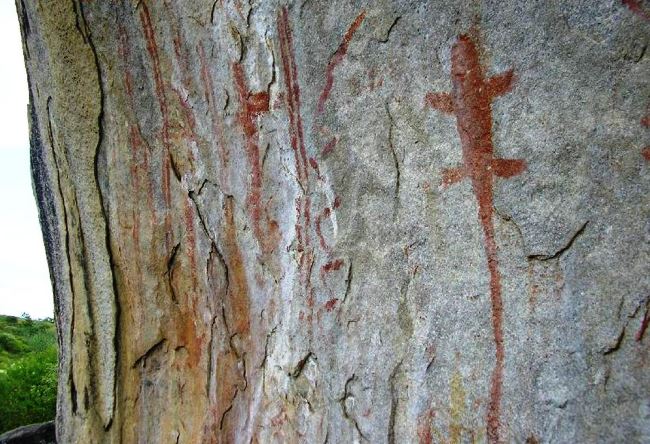 The length of the cliff about a hundred meters, and width – 80. The rock is the cave where archaeologists have discovered rock art objects, fragments of ancient pottery, axes of stone, various dyes and more. However, of particular interest is the rock paintings – paintings made white and pink paint. 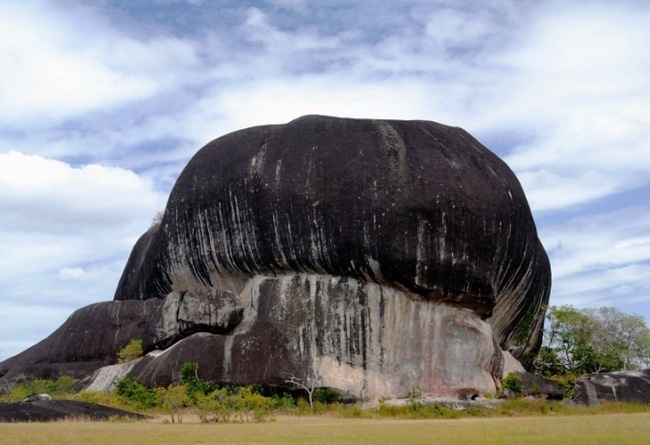 By the way, the name of the park gave these rock carvings. Age painting Pedra Pintada dates back to around 9200 BC d. e. The figures depict human faces, occasionally – figures of animals, and the images of snakes and horses are the most common. Sometimes it is possible to distinguish carts with wheels. Quite common characters, including solar symbols and swastikas. 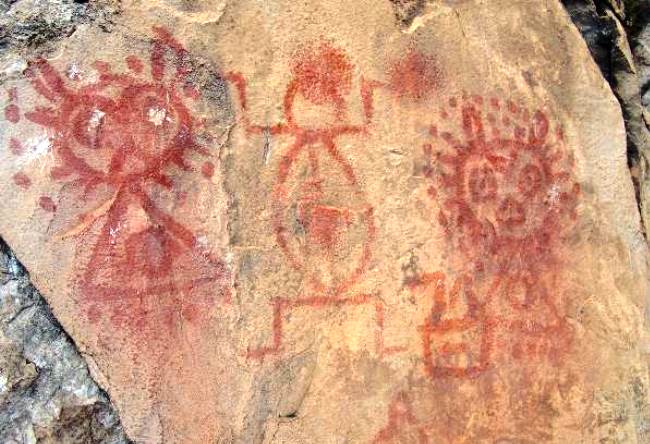 If we consider the signs of the sun, they look like a circle with radiating spikes, which are slightly twisted in a counterclockwise direction. If we look in more detail what this symbol means «itinerant sun». These symbols have been found in Scandinavia, England and Brittany. These symbols are a kind of decoration of the Neolithic dolmen.