Tulum is an ancient Mayan city

The ruins of this ancient city are located by the sea, and were once surrounded by thick impregnable walls. It was a huge wall of more than 5 meters thick and stands out among the other cities the city, built Maya. Hence the name of the city, because the «Tulum» translates as «fence or a wall.» Location of the city by the sea has been selected for the implementation of quality of protection of borders and delay the attackers until the arrival of the main forces. 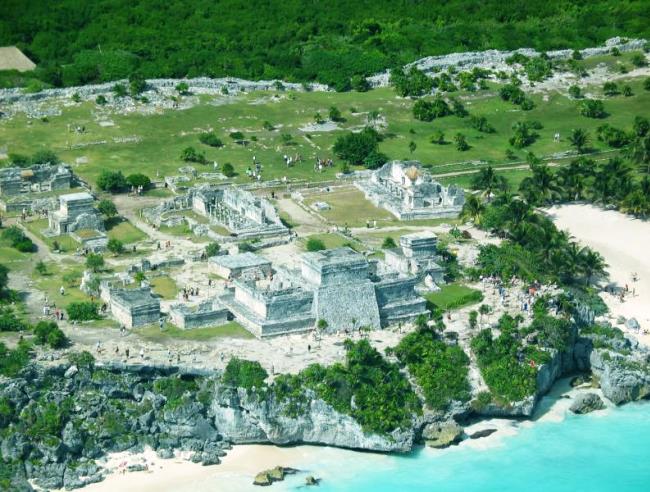 With this task perfectly cope city. Alas, it was not so much discoveries and findings in order to fully describe the picture of the life and history of this ancient city. Perhaps, the main purpose of the construction of Tulum was a very favorable position on the Caribbean coast, is the best suited for trade jade and obsidian. For archaeologists, the city is an incredible value, as it is one of the few cities that have not been abandoned for the arrival of the conquistadors, and therefore perfectly preserved. 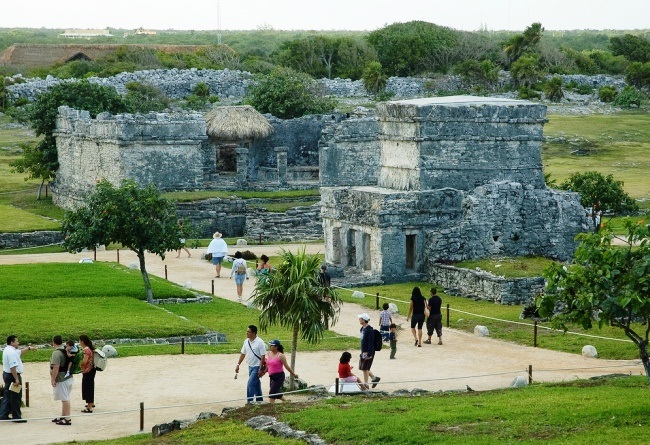 Perhaps the city was the last bastion of resistance to the forces of the Spaniards in Mexico, but it is for certain not known. According to the architecture of the city is practically no different from the other buildings of the time, especially the Tulum is its compactness, because the wall was first built, and then within the walls of the city grew. At the same time, other cities at that time occupied the space for many kilometers around. Due to its compact city is more than convenient for tourists. 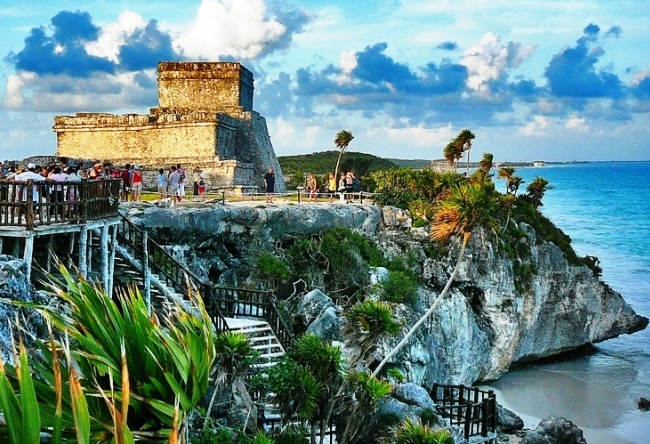 The first is to visit several temples hardly affected. Perhaps the city of Tulum was also one of the most important religious centers of the Maya. The city has a pyramid, similar to the pyramids at Chichen Itza, but somewhat smaller. They worshiped the local god descends, bringing him rich sacrifices. 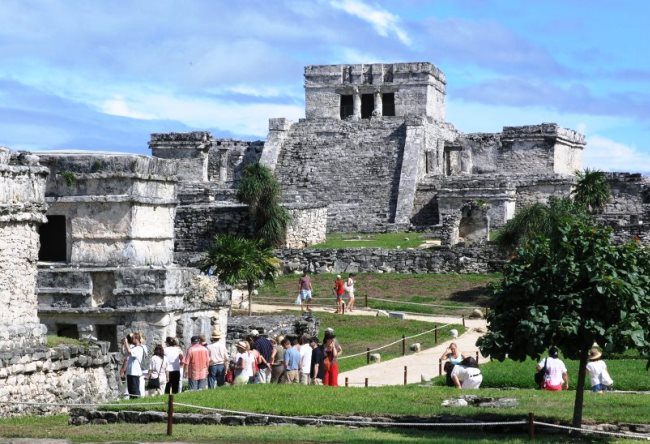 But the pyramids in Tulum, there is one interesting feature. In a certain position of the sun, the sun’s rays reflected from the surface of the pyramid, creating glare that are perfectly visible to other pyramids, even very depressed in the land. Perhaps it was the kind of opportunity for communication between priests and maybe a way to warn of the danger. The temples have been found well-preserved frescoes, tell a lot about the beliefs and lives of the Maya.