Krakatau is the volcano, which is located in the Malay Archipelago in the Sunda Strait between the islands of Java and Sumatra. Today it is valid. This is a typical stratovolcano, he always erupting with a massive explosion and throws a huge amount of ash in the atmosphere. 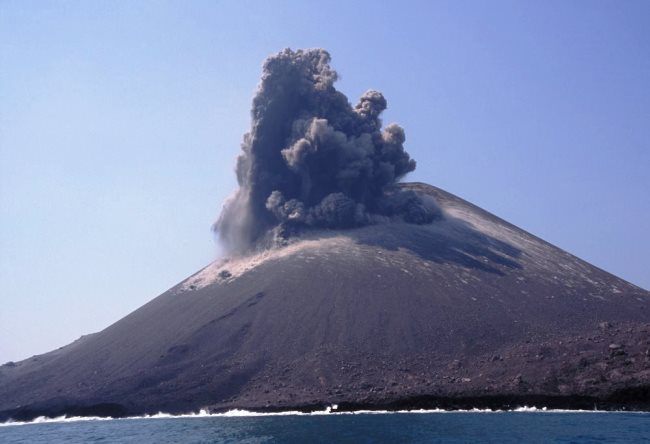 Volcanologists studying the volcano came to the conclusion that it erupted in the prehistoric period. And each time it was a very strong eruption. One in 535 has led to global climate change on Earth. As there is an opinion that it formed the Sunda Strait, separating Sumatra and Java. 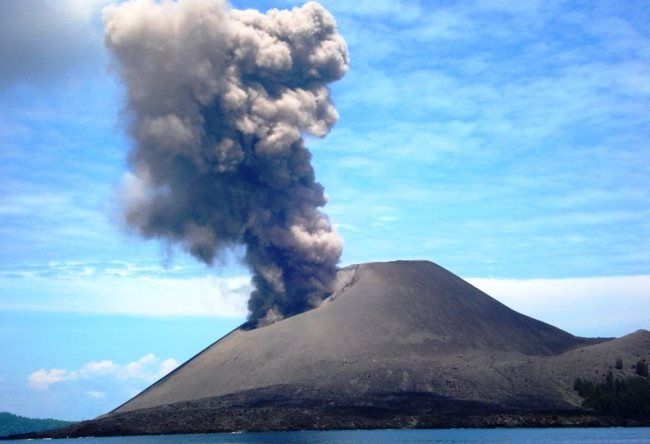 In May 1883 began one of the largest eruptions of Krakatoa. It destroyed much of the island. Explosions continued until August. They had made a huge number of species, has been devastated as a result of «underground chamber» at Krakatoa. At dawn on August 27 there was a powerful explosion. The height of the column of ash at the moment is 30 km away. The next day, a large part of the island, «slipped» under its own weight, contact with the magma ocean water was the cause of the terrible gidromagmaticheskogo explosion. 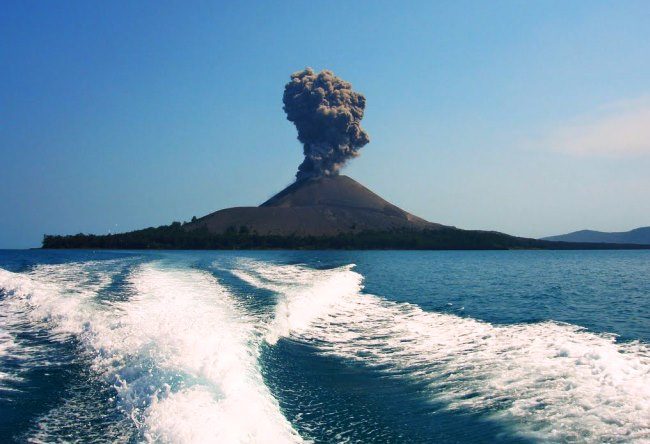 The remains of the volcano scattered for 500 km from the epicenter. His power is greater than 200 thousand times, the consequences of the explosion in Hiroshima. After the explosion went tsunami. Their height was up to 30 meters, they led to the deaths of about 35,000 people, washed away in a sea of 295 villages and towns. It has been suggested that many of them have already been destroyed before the air wave, which poured equatorial forests, demolished roofs and doors off their hinges in Jakarta. 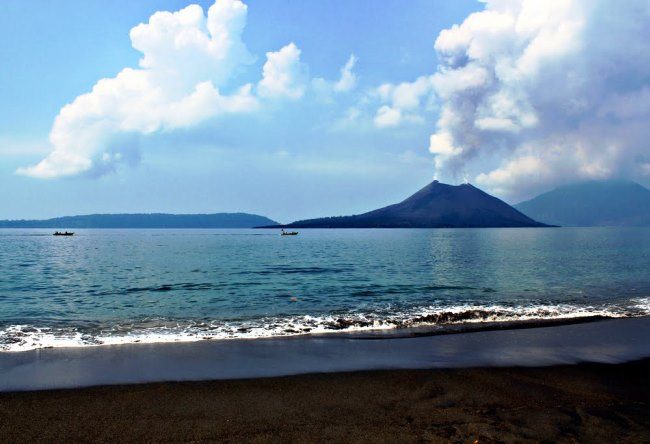 The distance from the epicenter was 150 kilometers. The air wave circled the Earth 11 times. The atmosphere of the planet was outraged a few days an explosion of the volcano. He himself was also destroyed, in its place, a new in 1927, Anak Krakatau. Today, he is quite active. Its height is 300 meters already. From the island, which was an old, were three parts – the island of Rakata, Rakata and Sergun-Kechil.