One of the unique creations of nature, located in Utah (USA) is the Arka Park. Here there are more than 200 thousand miraculous arches created by nature itself. 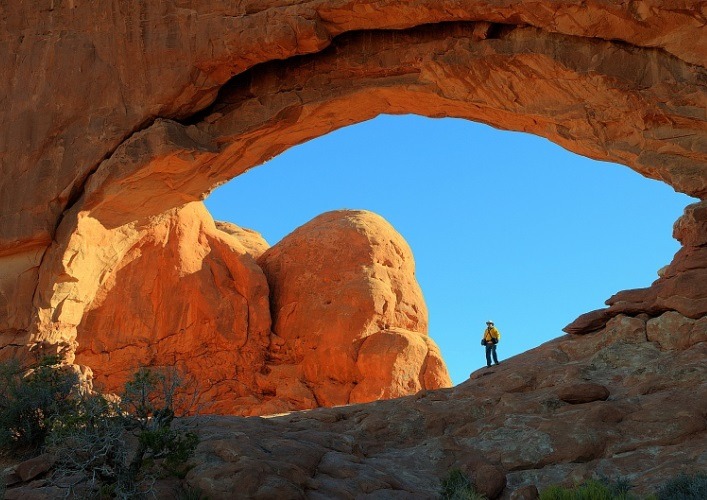 The American State of Utah probably contains America’s most amazing sights and the Arka National Park — one of the most significant and famous. Far outside the country. Thanks to the unique geology of Utah, as well as the impact of wind and water, nature has created here the largest collection of sandstone sculptures.

There are more than 2000 of them. They are large and small arches and all kinds of small geological formations that differ not only in shape and size but also in color, which creates picturesque landscapes. Nothing like this on our planet can not be seen. The status of the National Park this territory acquired in 1971 by the decree of the President — Richard Nixon. 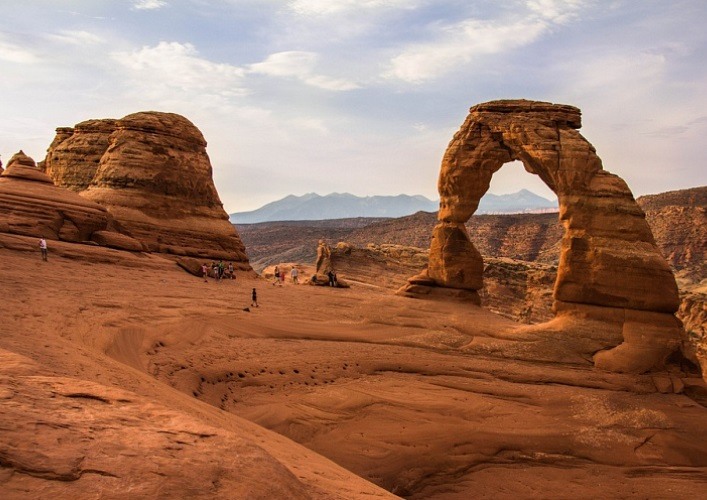 Some interesting facts about this sights:
-the area of the Arka Park is 309 km2,
-is located at an altitude of 1249 m above sea level — the lowest point and 1723 meters — the highest,
-The length of the largest arch is 85 meters,
-the width of the smallest arch is only 1 meter,
-All the arches are made of orange and pink sandstone.

Among the most unusual and famous attractions of the Arka Park can be identified: balancing stone, «fire furnace», «a large maze» and, of course, «delicate arch», which is not only the visiting card of the park, but also of Utah. 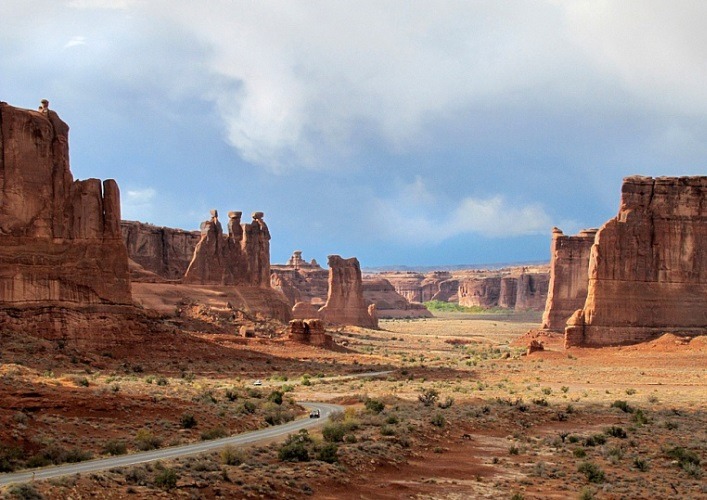 How to get to Arches National Park

Among the most common ways to visit America’s most interesting places is to rent a car, which can be reached in the Arch National Park just 10 minutes from the nearest town of Moab, which is located just 43 km away. From him or 6.5 -7 hours from Las Vegas (7,311 km.). If you consider that here, as well as throughout America there are quite a lot of pointers, and each road is numbered, then having a map and GPS-navigator is not difficult.

The second most popular way is the bus. They regularly follow the routes — between the park and some nearby cities — Grand Junction and Green River. These towns can be reached by train. In addition, from here to the park you can easily reach the taxi.