Big Bureau or a new look at travel to the USA

The American town, which is known to the world, as High Point in North Carolina rightfully deserves the title of «the capital of furniture in the world.» 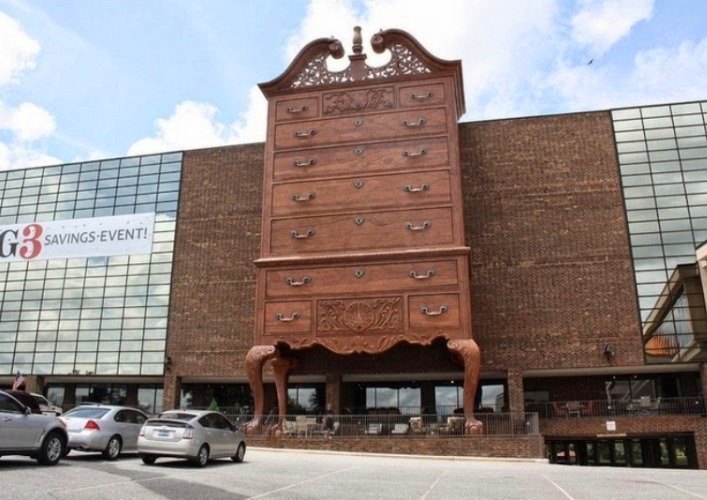 Chest of the Big Bureau on a trip to the USA

This is due primarily to the fact that in this locality, the main type of industry is the creation and sale of furniture. There are more than 4 furniture factories in the city that cooperate with each other. But in the city until the 1920s there were no sights and the company jointly released 2 gigantic chests in size, which became not only the main places for tourists, but also such a symbol of the city itself. Therefore, traveling to the US, without visiting the town of High Point — is simply impossible.

Big Bureau — these are two huge chests, its height is 6 meters wide. They come to see not only residents of the nearest cities, but also tourists from different countries. As the manufacturers of this unusual furniture accessory claim, it’s not so much a sight-seeing as a demonstration of the strength of the entire furniture industry in High Point. And in 2015, Big Bureau celebrated its 93rd anniversary. 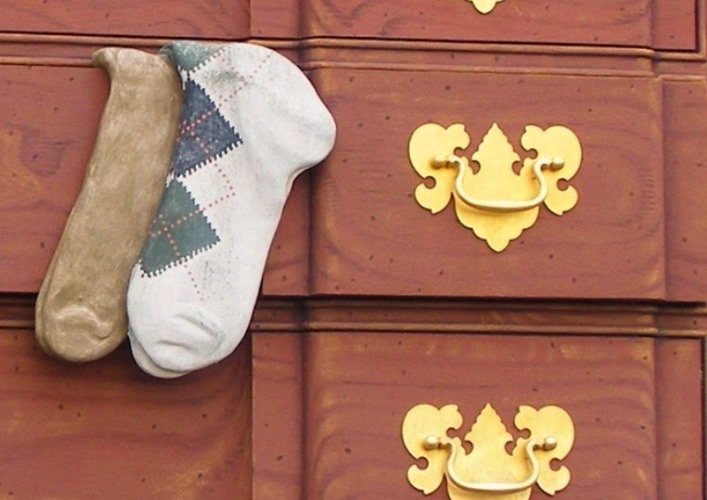 This unusual work of art is decorated with bright gilt fittings, unusual decorative carvings and a pair of men’s socks, «a little» looking out of the box. If you made a trip to America, then it’s worth to visit the city of High Point. At the very beginning of 1951 — on January 1 it was acquired by the organization Jaycees High Point, whose office was located nearby with this chest of drawers.

After 46 years, after it was installed, it was reconstructed a little — now it has become 11 meters high. It is important to note that socks appeared there for a reason — they were added to the design not only for color or idea, but also to emphasize the fact that the textile industry is well developed in High Point. And most importantly — these monuments of America are unique. 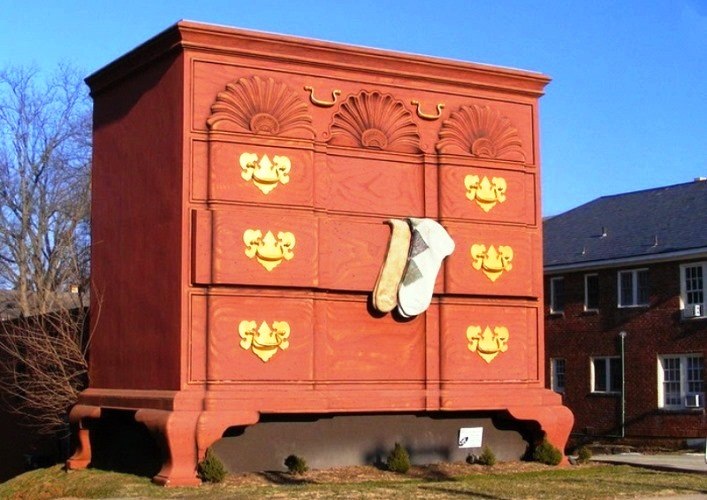 How to get to Big Bureau

In order to see the Big Bureau, it’s enough just to come to High Point and come along the main street — along Gray street to the center and on the main square you will see this chest. The second is located at the entrance to the city, near the Lincoln Bridge. These attractions of America can be seen from anywhere in the city.