Cathedral of Our Lady

«There was no happiness, it was lucky in misfortune,» — that’s how one can say about the emergence of the Cathedral of Our Lady of the Angels in one of the districts of Los Angeles, which appeared in this city after the devastating earthquake of 1994, when St. Vivian’s church was almost completely destroyed, Patroness of the city. 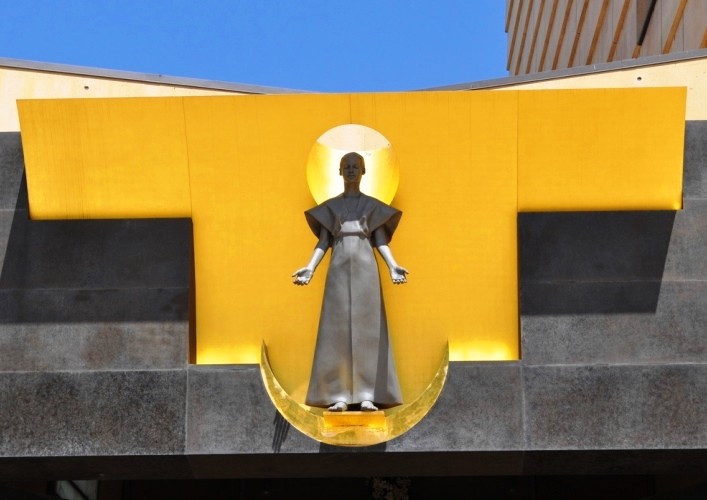 Los Angeles and its Cathedral of Our Lady of the Angels

It is rather difficult to imagine that in the City of Angels, and so the name of this city is translated, there is no memorable place associated with this name. With this in mind, the Cathedral of Our Lady of the Angels became such a memorable place. Given that most of the seventeen million inhabitants of Los Angeles are pious Catholics, the cathedral itself is Catholic, as is its somewhat original predecessor, the Church of St. Viviana, destroyed by one of the most powerful earthquakes of this century that occurred on the North American continent .

However, the noteworthy of the Cathedral of Our Lady of the Angels is not only his belonging to one of the most numerous religious denominations and the involvement of his name in the name of the city. The cathedral, the construction of which was started in 2002, differs from the numerous buildings of this type with its architecture, which places it in a category such as the most interesting places in America. Indeed, thanks to its author, the Spanish architect Rafael Moneo, the building of the main Catholic cathedral of Los Angeles, is executed with explicit elements of such modern architectural trend as postmodernism. And this is manifested in the fact that in its external appearance there are no right corners of the building. All exterior faces of the building are acute-angled, which gives it a rather peculiar appearance, which immediately identifies the Cathedral of Our Lady of the Angels from a common row of neighboring buildings. 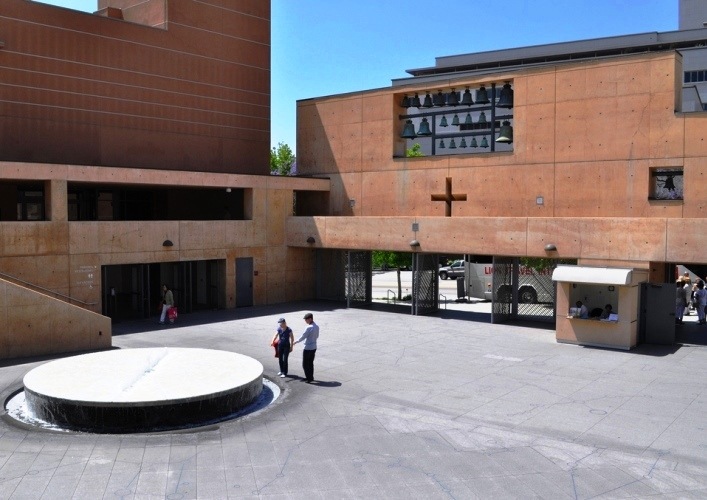 Given this particular feature of the Cathedral of Our Lady of the Angels, any journey to Los Angeles ends or begins with his visit, because despite its modest size, the cathedral has its own mausoleum, which is not typical for the vast majority of Catholic churches and cathedrals of America. At the same time, many attendees of the cathedral, as well as its parishioners, and idyllic tourists are not at all embarrassed by the fact that the abbots of the cathedral, so to say, «bargain» in places in this mausoleum. However, this kind of statement of the question is possible and has its practical justification, because the funds received in this way go to pious purposes and the content of the cathedral.

So, if you continue to have the financial opportunity to rest in the US, and by the will of fate, visit the most famous city in the world — «City of Angels», then do not be lazy to visit this landmark of Los Angeles. Although in the composition of almost any tourist group you are necessarily taken on a tour of the city with a mandatory visit to the Cathedral of Our Lady of the Angels. 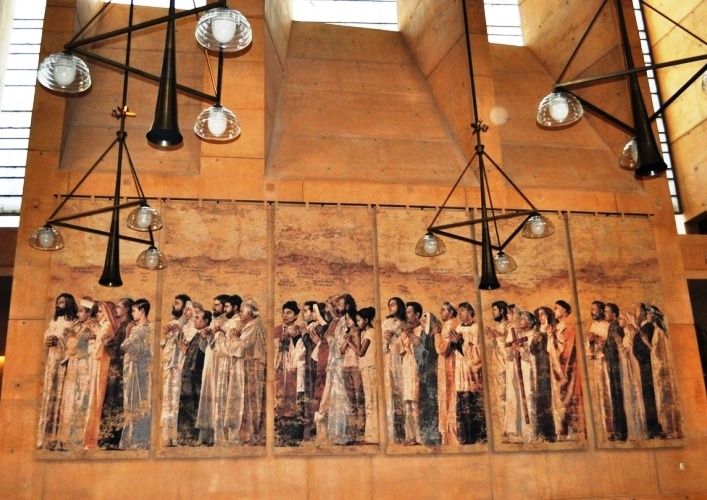 With any of the two capitals of our fatherland, as a rule, two flights a day are carried out, which carry out direct communication between our capitals and one of the largest cities in the USA Los Angeles. Well, and then the matter of technology and the availability of free currency: 555 W, at Temple Strit.