Fort, which stands on the water – Jefferson

There is in the United States, in Florida, a hundred meters from the island of Key West, hexagonal fortress. What is interesting is that, looking at her, you’d think that this castle is floating right in the water. 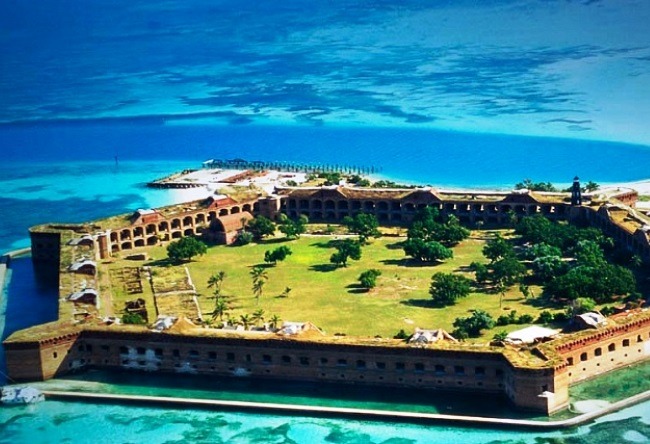 This fortress called Fort Jefferson. In itself, a beautiful place, but at the same time and ominous, it is intended to protect shipping routes from the Caribbean pirates. Construction of the fort began in 1846 on the nearby reef, which is known as Garden Key. When there was a civil war, «the fort, which stands on the water» was an inn more than 1,700 military and hundreds of civilians. 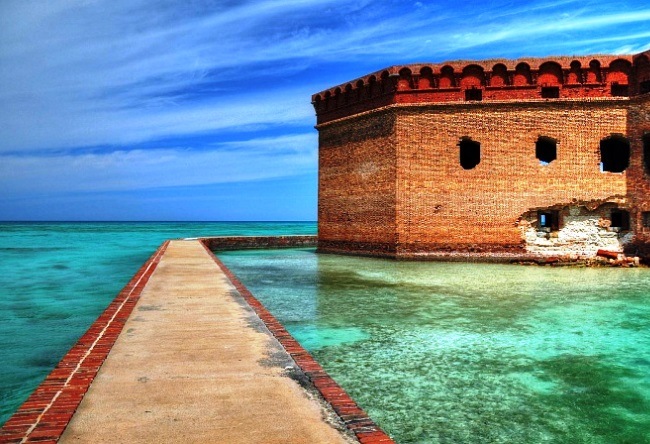 After the war was over, the soldiers who dishonored because deserted, were sent to jail for the military during this Fort Jefferson. Additionally, here brought and ordinary prisoners, they were thieves, crooks and murderers. In 1865, it also sat several suspects assistance and collusion with John Booth, who assassinated Lincoln. At that time, it was already in prison, more than 600 prisoners. 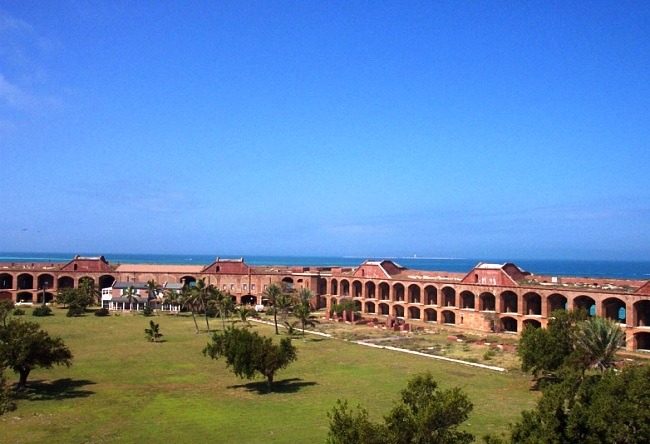 In 1867, the fort was struck by the disease, which is called yellow fever. Many prisoners and doctors were killed at that time. One of the suspects was the doctor of the fort and saved many lives and stop the disease. And it does not matter, it concluded, they also needed help. This earned him the pardon. 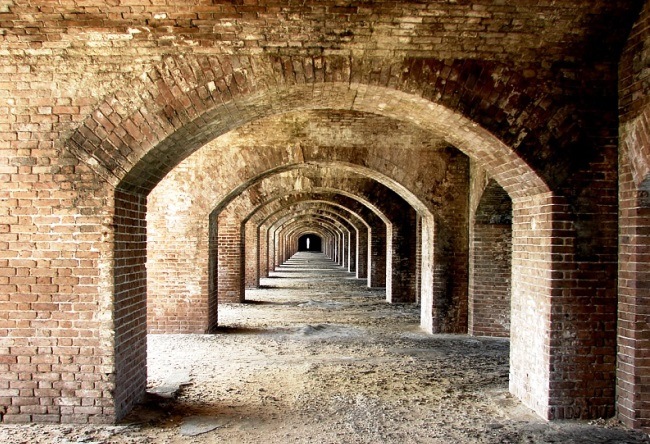 By 1874, the fort became too expensive to maintain it because the fort was soon closed. Now the fort is the cultural heritage of the National Park Dry Tortugas. It covers the territory of seven small islands. Now everyone from tourists wishing to visit the famous fort, but not everyone is allowed, because it is protected. But, after all, from a distance, you can look at him and see a lot of interesting things that are left for us to solve. The historical value – is always beautiful, whatever was his story.