Saint EOM and his wonderful Pasaquan

These amazing constructions are located in the suburbs of a small settlement Bueno-Vista in Georgia. They were created by Eddie Owens Martin, known under the name Saint EOM among the like-minded people and his blog followers. 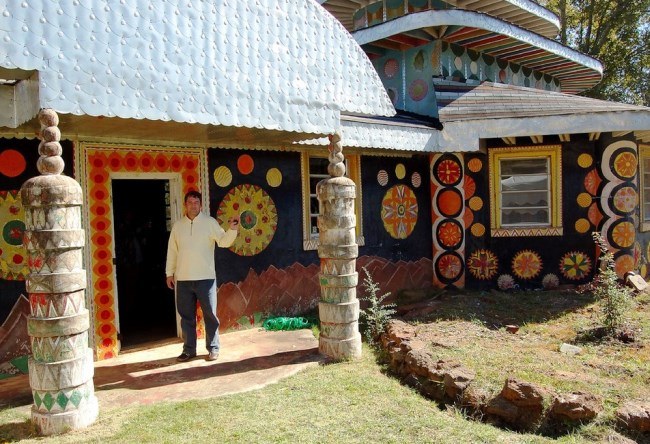 Some time ago, Eddie purchased 7 acres of land from the local Indian community to implement his amazing ideas to life. The idea consists of building small architectural forms with psychedelic bias connected to the history and culture of different Indian tribes. 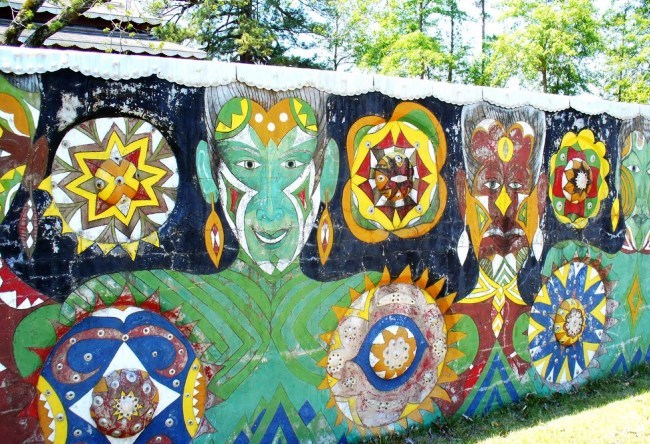 The most part of the constructions created by Eddie bear a faint resemblance to classical architectural forms of the monuments left by the tribes. However the overall impression from the things created by EOM reminds us about Indians. The buildings have quite unusual geometric forms. They attract a huge number of tourists from the whole world, who are travelling around the United States. 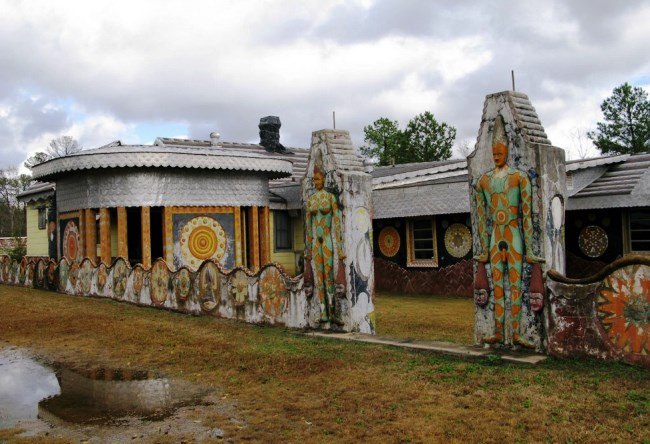 Eddie Owens was born in a poor family in Georgia. But in some time the family moved to New-York, where Eddie Owens’s father was offered a new job and Eddie gained a chance to go to school. Once, when Eddie was ill, in a dream he saw a creature which told him that he should go back to his native land – Georgia and dedicate himself to the creation of a unique project with the name Pasaquan (in honour of one of the ancient Ameriacn Indian gods). 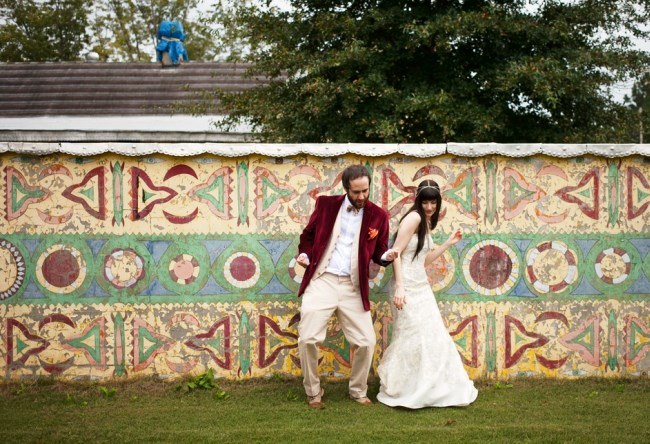 That was how a small settlement Pasaquan appeared on the map of Georgia together with a cultural-educational community Saint-EOM, where Eddie himself is a Holy person.