Near Berlin is a tropical island. Yes, yes it is an island, though he was created artificially, but still, it’s an amazing place. Although the island is not close to the sea and under the artificial dome, it does not give reason to doubt that this is an amazing place. 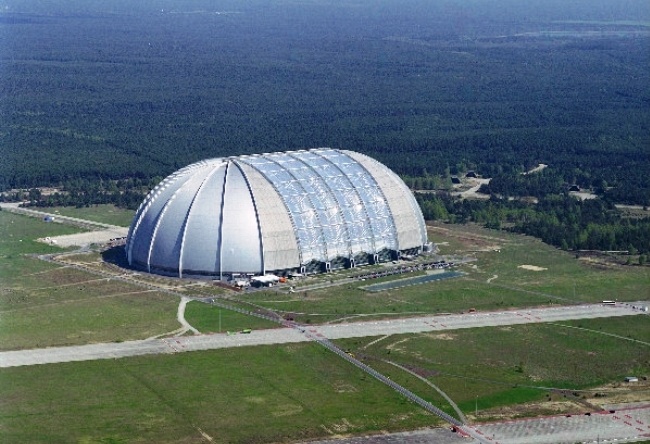 To create an island used the old abandoned aircraft hangar. Currently, under this artificial dome, it is the world’s largest rainforest. In addition, there are also houses, shops and even restaurants. Well, most probably important, is that you can enjoy a tropical sandy beach, the lagoon and the sea, where you can safely swim. In addition, there has been created a slide, which in Germany is considered to be the biggest. 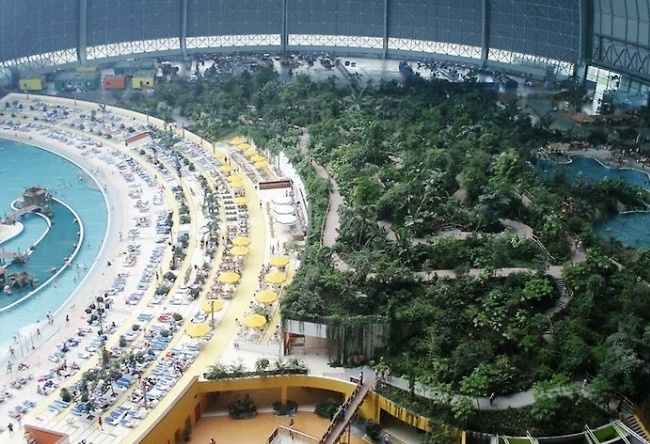 Not only as a miracle this tropical island under the dome will not name, and it is located in the town of Krausnick. This island is able to accommodate approximately 8,000 people in just one day. Also, the island is the largest water park covers an area of 66,000 square meters. 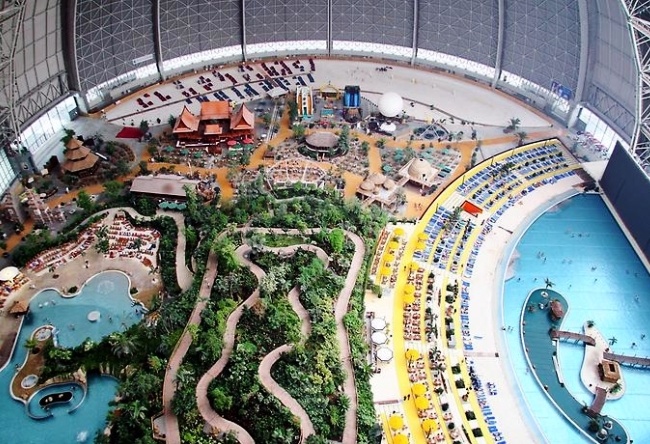 In order to build such a matchless facility, the government was required to spend no less than 80 million euros. Hangar, in which the island was built, is considered as the biggest in the world. Visit the resort and everyone can, and at any time of day, time of year etc. Lest you doubt that there is a tropical island, you just need to come here and see everything with your own eyes. Inside the temperature is constantly maintained within 25 degrees. 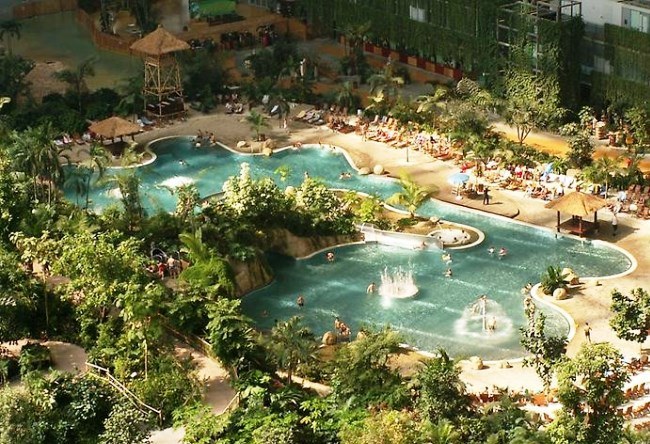 Until you see how really looks the island, believe in the word’s just very difficult. But after the tourists talk about their experiences, doubts does not have enough already and you want to hurry to leave, to go to the island. Maybe someone would think it strange, but this island is several times better than natural, because there is kept constant cleanliness and order. 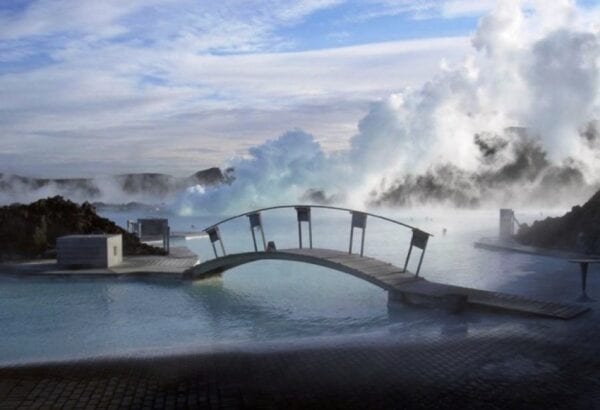