Set Travel > Europe EN > Resorts Europe > The swords in stone in Stavanger: a symbol of peace and composure

The swords in stone in Stavanger: a symbol of peace and composure

In memory of a famous Battle of Hafsfjord in 872 in Norway a monument Swords in the Stone was built. Nowadays, Stavanger is the fourth largest city in Norway and in 1970 it has got a title «the oil capital». But it’s a contemporary history, and we are more interested in the ancient times. 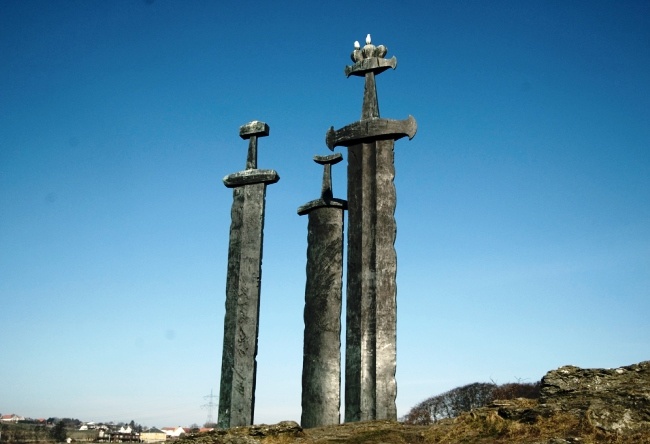 So, let’s come back to the monument Swords in the Stone by sculptor Fritz Rod. But in order to get to know the history of these swords, it is necessary to visit this city. While you are approaching the monument, you realize what these balls stand for. 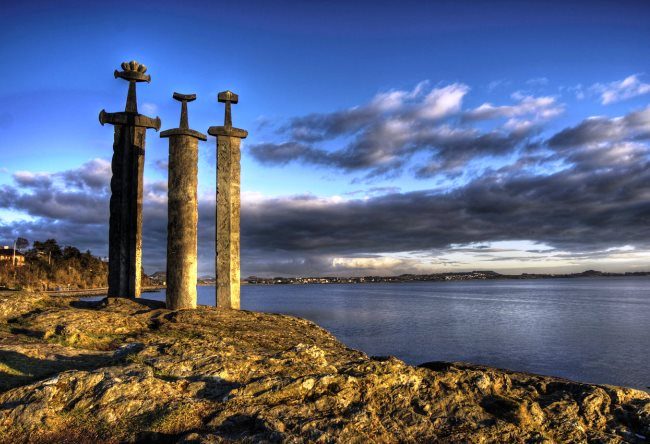 The first and the largest sword symbolizes the power of the winner king, and there are two smaller swords for the defeated kings. Why were chosen swords of all weapons? As it turned out later, it means, that peace has come and it won’t shatter. The height of the blades reaches 10 meters and they enclose all the force and power. 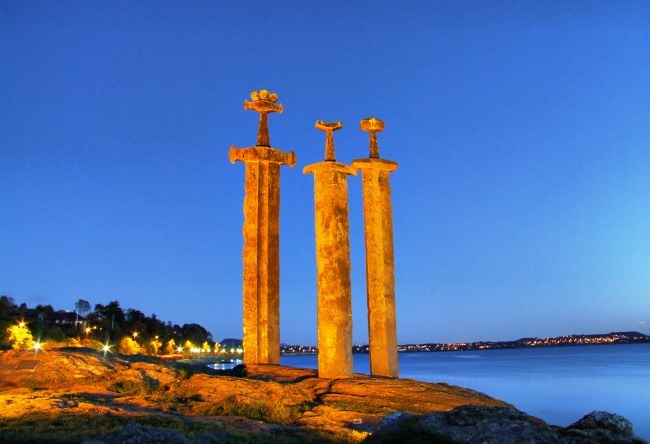 This monument is situated at the same place, where everyone can see the artists. The pictures by Norwegian artists are worth buying and a trip to Stavanger. Although the city has many places of interest, this monument is the most memorable. 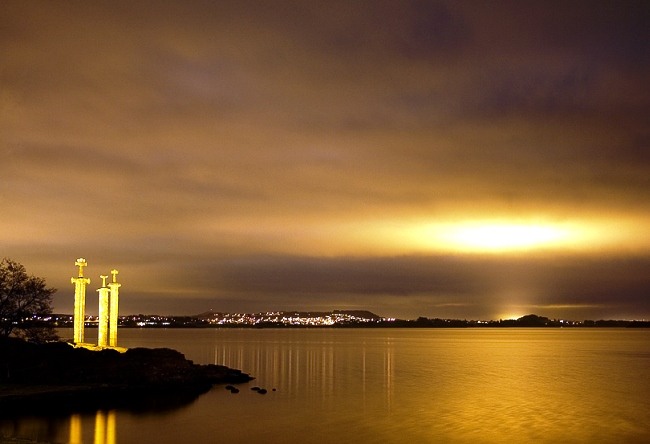 Norway is an amazing country with not only soundless seas, but with lots of other attractions. Except for walking around the town, the tourists come here to admire the high cliffs, mountains, etc. It is worth seeing for at least one once in your life.