Another embodiment of courage and heroism of the Soviet soldier showed them during the Second World War, is a city-hero Stalingrad, located on the banks of the great Russian river Volga. It was here, after the Battle of Moscow there was the grand battle that decided the outcome not only of the great confrontation between the two armies, but also, perhaps, the outcome of the epics of this period in the history of mankind. 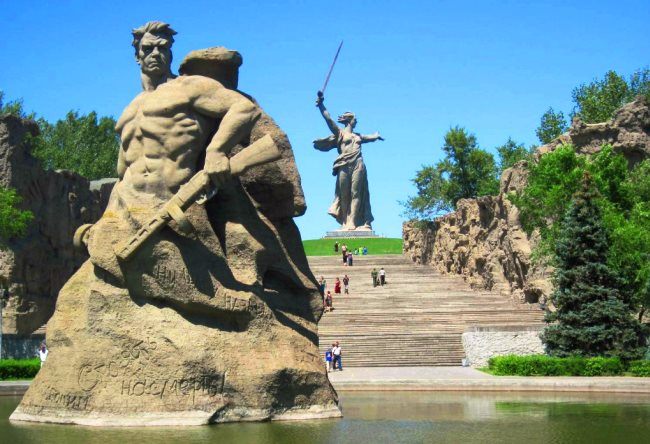 A monumental personification of this feat is not only the hero city of Stalingrad, and the memorial complex located on Mamayev Kurgan, where during the Second World War took place the most fierce battles that lasted a total of more than 200 days since the autumn of 1942, in winter 1943, and at the Mamayev Kurgan buried more than 35,000 Soviet soldiers. 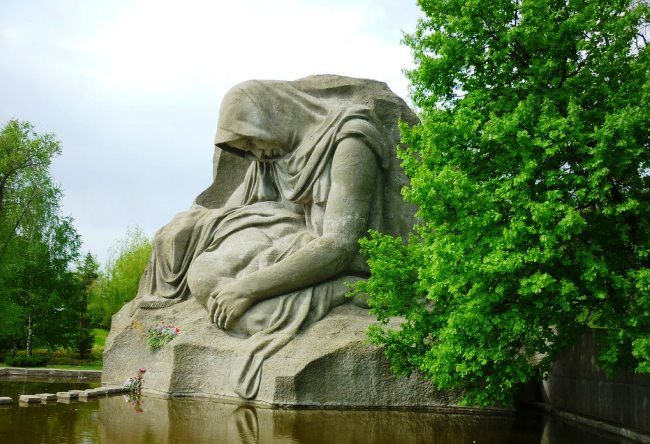 The peculiarity of this small hill, marked on military maps as «Height 102.0» was the fact that the strategic dominance over this height enabled the troops to control it have a military advantage not only of the city itself, but also on the left bank of the river. This conquest of Stalingrad and the «height 102.0» Nazi troops would give them direct access to and control over the entire Caspian oil, which is the basis of energy independence of the Soviet Union. 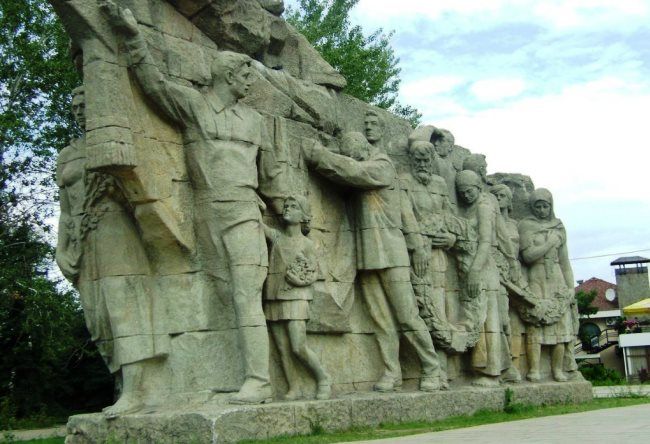 Himself memorial, located on the Mamayev Kurgan «Heroes of the Stalingrad Battle» consists of a few basic elements, the central of which is the monument «The Motherland Calls!» Whose height is 85 meters. The monument is made of reinforced concrete, with a total weight of more than 5500 tons. They cast it virtually disposable, with the intention that at least its surface was not formed construction joints. At the same time, the thickness of the concrete walls of the monument is between 25-30 centimeters, and to increase the stiffness of the whole structure inside the statue are 99 steel ropes. It is also very original point of the statue «The Motherland Calls!» Is the sword that Motherland is holding in his right hand. 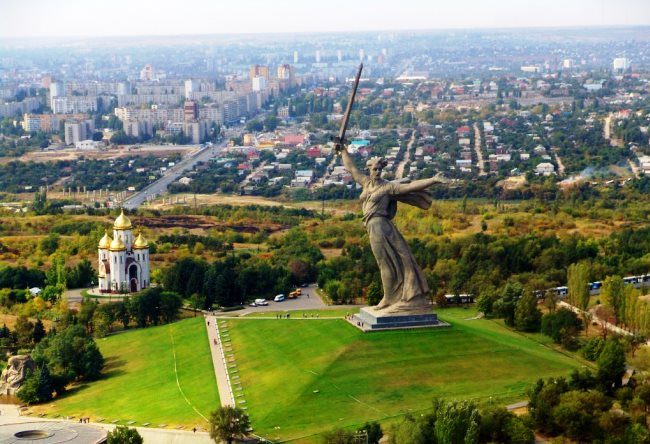 With a total length of 30 meters, the sword is made of a fluorinated steel, which gives it not only aesthetic value, but also an additional rigidity. And to reduce the wind load design of the sword has a perforated structure. In general, the whole composition looks pretty monumental not only in the immediate vicinity of the memorial, but also on the approach to the town itself.