In honour of the Polar region defenders

Despite the fact that the Second World War has ended in the far 1945, and in some time we would celebrate the anniversary of this date, the peoples interest to the war doesn’t fade not only among Russians but also among foreign tourists and travelers. And one of these memorial pages are the events connected with the defence of Russian Polar region. 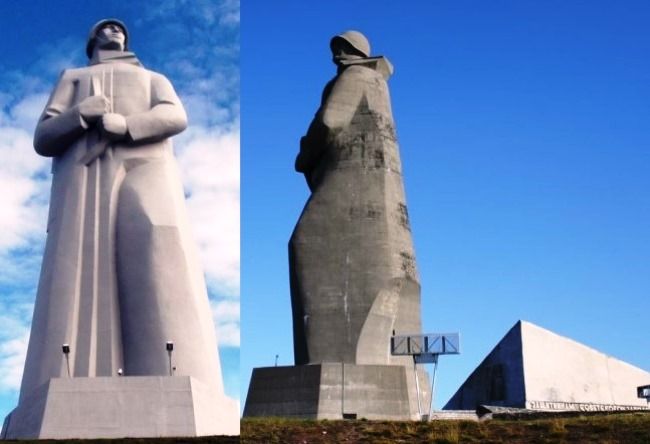 This memorial is located in the capital of our polar region, in Murmansk. In the Leninskiy district, exactly on one of the mounds, which is named the Green cape. Originally, the authorities wanted to put the monument on the Square of Five Corners, in the centre of Murmansk. 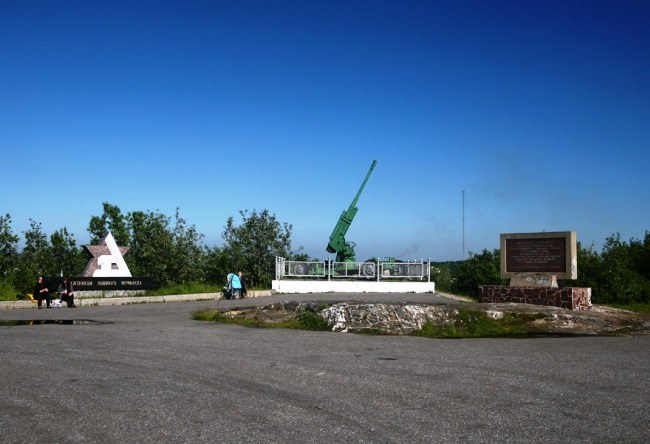 However, the group of architects headed by a honored architect of USSR and Russia – I. A. Pokrovskiy, convinced the authorities and the society that the best place for the monument was exactly the Green cape. This low mound domineers over the central part of the town and the Kola Bay and is more than 170 meters in elevation. And the location of this monument on the top of the mound contributes to its monumentality and majesty. 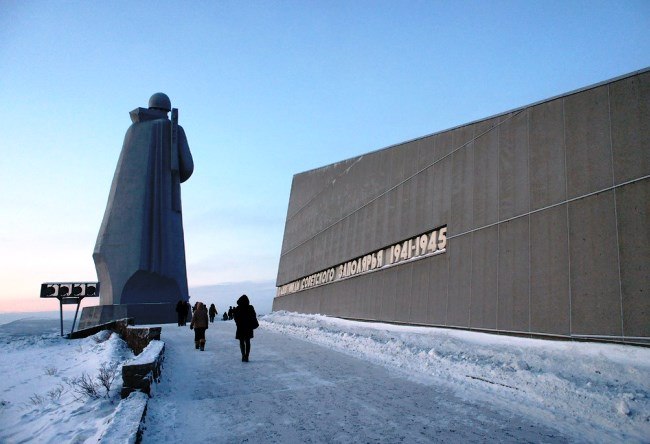 The sketches of the monument «In honour of the Polar region defenders» were created by a sculptor I. D. Brodskiy. The construction of the monument began on the 17th of October in 1969 with the ceremonial foundation laying, where a lot of people took part: the residents and guests of the town together with the Second world war veteran delegation, the defenders of The Soviet polar region and navy sailors of the Northern fleet. 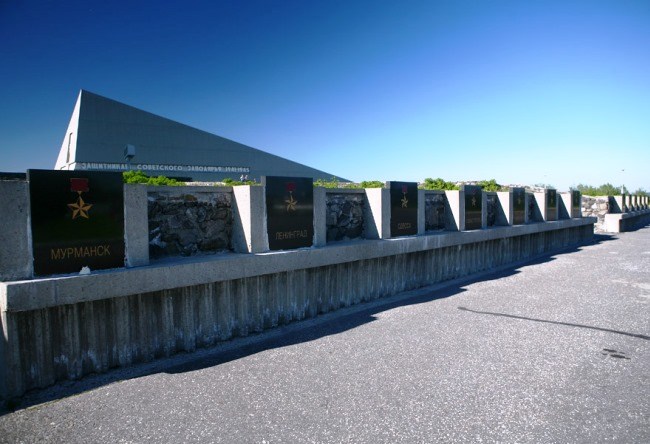 The closing-up and the unveiling of the memorial on the 19th of October 1974, was timed to the thirty year anniversary since the defeat of the fascist army in the Polar region. Nowadays this monument is included in all guidebooks to Murmansk region and is a must-see for everyone, who travels around the Polar region.