On the Stachek Square in St. Petersburg is located on the monuments of the Northern Capital, which has considerable historical value: Narva Gate. It was built in 1827-1834 to commemorate the soldier, who died during the Great Patriotic War in 1812. The architecture of the Gate is designed in Empire style. Its height is about 30 meters and width – 28 meters. 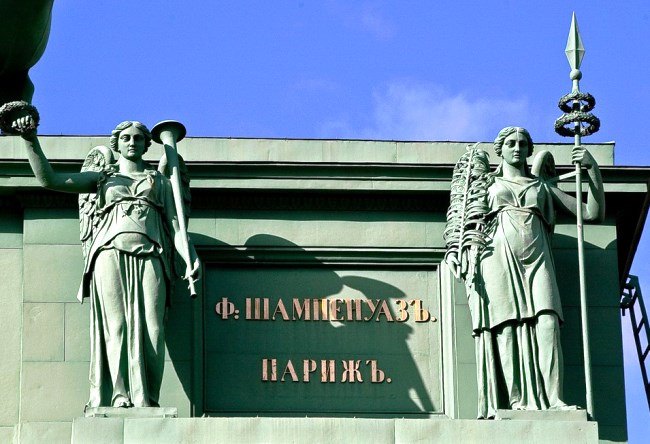 In the first place, the Triumphal Gates were built according to Giacomo Quarenghi project, not very far from the border of the city, on the Narva Gate near Obvodny Canal. It had been built in a month before the Russian troops were back. The main materials during the construction were timber and alabaster. Warrior sculptures and a chariot with the goddess of Glory adorned the steel gate. 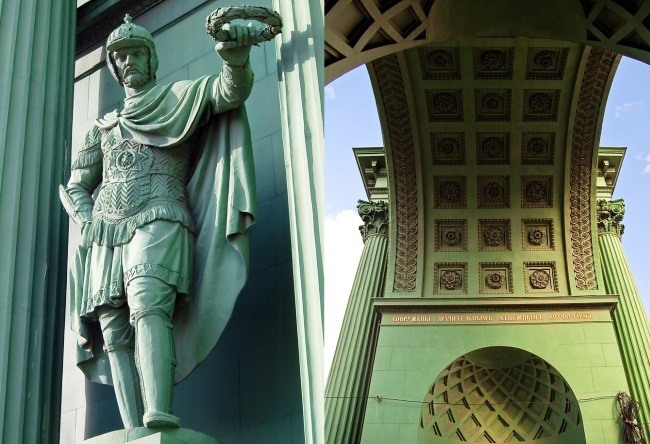 Unfortunately, constructed in 1814, the gate quickly become out of use. Nicholas I issued an order for the construction of a new and this time stone gates, close to the former place. 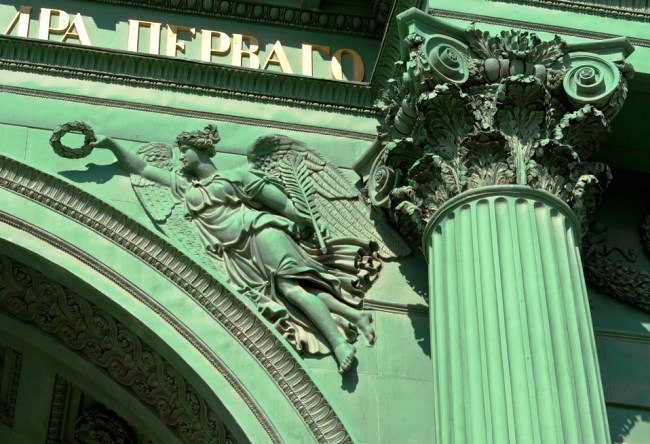 On the twenty-sixth of August 1827 on the anniversary of the Battle of Borodino the first stone was officially laid for the new building. This time the design was developed by the architect Stasov, who put a lot of effort to keep the original form of the gate. The difference was only in the materials – Stasov applied brickwork sewn with leather sheets of copper. There was also a copper chariot with the goddess of Glory, drawn by six horses, and the sculptures of Roman soldiers changed by knights of the ancient times. 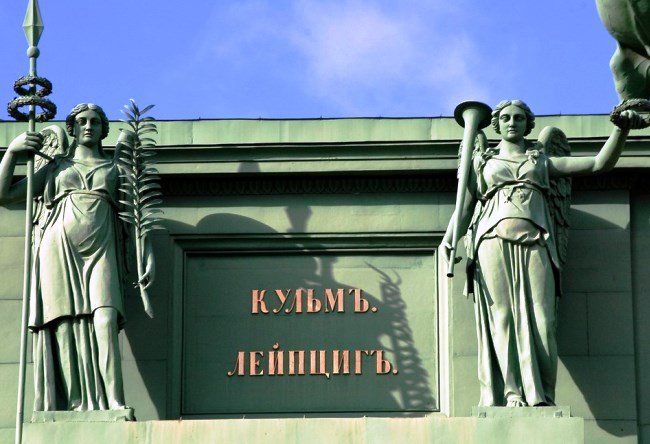 Unfortunately, in the harsh climate of St. Petersburg the copper deteriorated under the influence of rye. At the end of the 18th century With Ryllo in charge the copper sheets were replaced with iron ones, but it only worsened the situation. During the Great Patriotic War, the Narva Gate was quite damaged by the bombing.