For many of our compatriots, a trip to Italy ends at Lake Misurina, where, in addition to the magnificent landscapes of the Dolomites, there are excellent conditions for healing.

Travel to the Dolomites

The Dolomite Alps derive their name from the fact that practically the entire rock mass of this region of the Alps consists of dolomite, a natural mineral consisting of calcium-magnesium carbonates having a non-distinctive crystalline structure, but also an apparently attractive color and texture. So that any journey through the Dolomites is also a purely aesthetic impression, because the almost vertical rocks formed of dolomite are quite spectacular, not to mention if you are an alpinist, try to conquer one of these rocks. 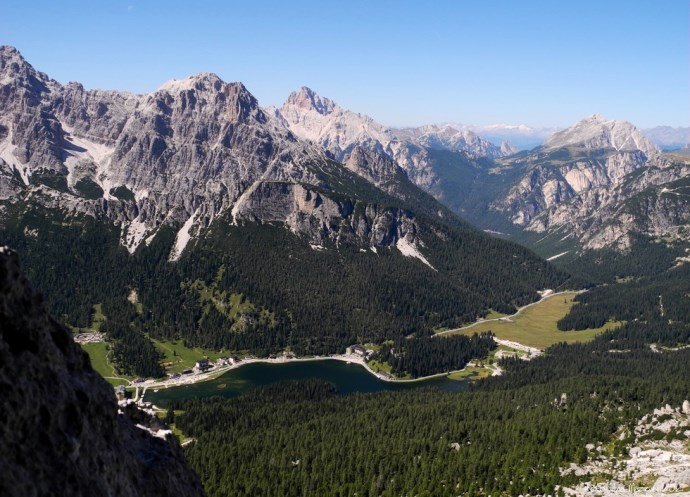 In addition, it is worth noting that these interesting places in Europe, namely the Dolomites, owe their name to the French engineer and geologist Deod de Dolomie who first studied and described the natural minerals of this part of the Alps and received the name «dolomite» in his honor. However, the presence of these minerals plays a somewhat different role in the popularity of this part of the Italian territory of Europe.

It is here that one of the high-mountain lakes, Lake Muzurina (Misurina) is located, which for more than one century not only amazes with its beauty all visitors, but also has a curative effect on their health. After all, this lake, having an increased concentration of calcium-magnesium carbonates, creates beneficial conditions for the treatment of many human diseases associated with its respiratory system.

With this in mind, tourism is not the first century, it is one of the main activities of local residents. And as a consequence of this, practically on the whole coast of Lake Muzurina (Misurina) there are numerous resorts, medical boarding houses and simply tourist hotels of a rather high level. And besides making health-improving baths and hiking, in the winter season the resorts of Muzurin offer their guests very good ski trails of varying complexity. So, it can be unequivocally said that the resort life of this high-altitude resort is not interrupted for a single day. 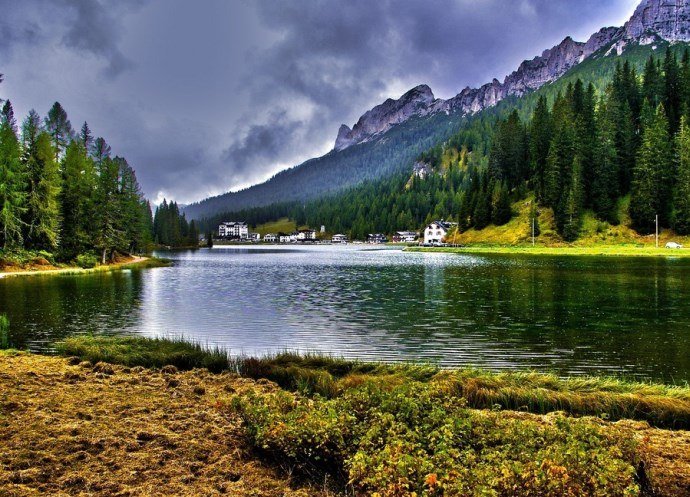 In addition, the adjoining territory to this lake has other European sights in the presence of almost unique alpine forests in this region, which consist of unique deciduous and fir tree species, which, according to many biologists, are no longer found anywhere else in Europe.

How to get to Lake Misurina

And if you are going to visit or relax on the shores of this alpine pearl, then it is enough to purchase an appropriate tourist tour of Italy or, resting in Cortina d’Ampezzo, take a tourist bus and drive only thirteen kilometers to the coast the famous lake Muzurin.