For many countries 2015 is a jubilee year. 70 years of the Great Victory! Seventy years passed with a happy day of the Great Victory in the Patriotic War. During this time the world has changed in order, new generations have grown up, science and technology have made several tangible steps forward and created a great variety and variety of new monuments of art and culture. But what would have happened to this world without a major victory seven decades ago ?!

We remember, we appreciate, we will save! 70 years of the Great Victory!

It was hard and long to complete the surrender of the fascist enemy who had invaded the territory of a peaceful country in order to destroy the lives of millions of people and to eradicate entire cultures and nations. And today 70 years of the Great Victory! According to official data, more than 27 million people died on the battlefields and in concentration camps. All of them need to be remembered as heroes, because their numerous lives are a payment for one such necessary Victory. 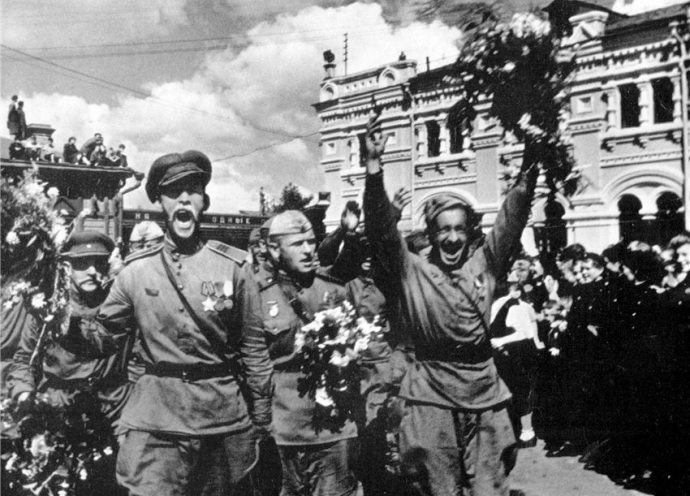 It would not be fair to regard the heroes only as front-line soldiers. Workers of the rear, mostly women, old people and children, worked without rest and half-starving for 20 hours a day to supply weapons, equipment, ammunition, and clothing uninterruptedly to the front line. The price of the Great Victory is high — the lives of millions of real men, dedicated women and innocent children, burnt to the bottom of the village, destroyed before the foundation of the city, pain, hunger and suffering, long years of rebuilding the motherland orphaned for the war.

We can not forget these roads …

But all these hardships and troubles are not in vain, the Russian people who stopped the «plague of fascist Nazism» made a feat for the sake of a happy and free future for all people on the planet. The enemy, singed and doused with blood part of one continent, had the goal of conquering the whole world. The significance of the Great Victory is still alive, it can not be attributed to the past. Every moment of his life and freedom a Russian person owes her. That’s why the newlyweds put a bouquet at the eternal flame on the wedding day and for the same reason this fire is eternal. 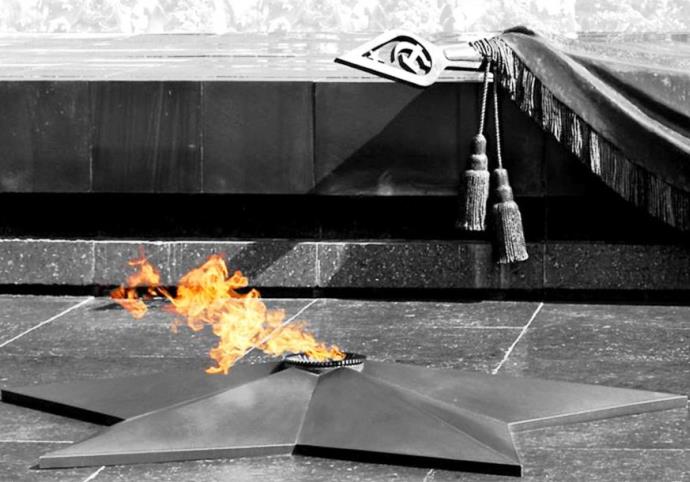 Every year empty rows of living witnesses who have passed the war, and the sounding voices of those who wish to «rewrite» history is growing. The task of the present and future generations is to prevent the forgetfulness of those terrible years and not allow the flames of war to flare up again.

Victory Day is not a simple holiday, it is a symbol of memory and an opportunity to rethink the past, what is happening and what is to come. A severe lesson was brought to war by many countries, but the sands of times are covered with wounds. Hitler’s army was overthrown, the countries seized by it were liberated, but the ideas of fascism are increasingly revealing themselves and they want to consume the world. Do not let the repetition of the terrible! The main task of this and all subsequent generations. And the only true helper here is the memory of the great Victory and its role in the historical process.