Almost any journey through the capital of Germany takes place with a compulsory visit to the monument to a Soviet soldier, which is located in the famous Treptow Park, which is in the southeastern part of the city.

A bit of history: A monument to a Soviet soldier

Despite the fact that two more memorials dedicated to the heroic exploit of Soviet soldiers in the Great Patriotic War were erected in Berlin, namely those in Pankow and Tiergarten, the monument to the Soviet soldier in Treptow Park is the most famous monument. In addition to the artistic merits of this monument, it is simultaneously the burial place of more than seven thousand Soviet soldiers who heroically fell in the famous Berlin operation to take the mainstay of fascist Germany. 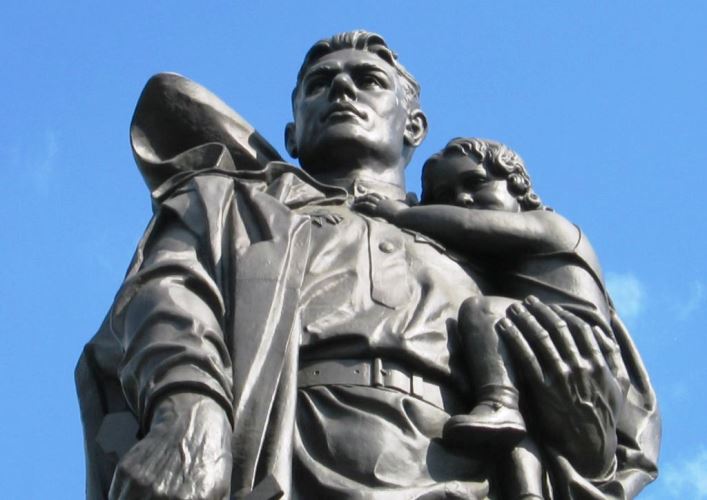 And the monument itself, like the memorial itself, to Soviet soldiers, was solemnly opened on May 8, 1949 on the eve of the celebration of the anniversary of the end of the Great Patriotic War. At the same time, a group of Soviet sculptors led by Yevgeny Viktorovich Vuchetich began work on his creation of this monument almost immediately after the end of the war. And, the composition of the creative group also included the architect Yakov Borisovich Belopolsky and the battle artist Anatoly Andreevich Gorpenko. Who were engaged in the artistic part of the project. And technical issues of the construction of the monument, which Europe admires, were assigned to the talented design engineer Saru Samuilovna Valerius. At the same time, it was she who was responsible for manufacturing and the monument to the «Soldier-Liberator» total weight, which exceeds seventy tons.

A slight correction of the general image of the monument

In addition, the «Warrior-Liberator» monument, like many European monuments dedicated to the Great Patriotic War, has its own unique history. So, in particular, according to the preliminary, creative plan of the sculptor Vuchetich, the «Warrior-Liberator» was supposed to hold one of the symbols of the Great Patriotic War Shpagin’s submachine gun, the most mass small arms of the Great Patriotic War period. But when considering the preliminary draft of the monument at Stalin’s reception, Iosif Vissarionovich suggested replacing small arms with a more symbolic sword, as a continuation of Alexander Nevsky’s famous phrase «Whoever comes to us with the sword will die from the sword». And it was this variant that Vučetich accepted as the basis for the main composition of the monument, as a symbol of the fact that peace on earth is under the reliable protection of a Soviet soldier. 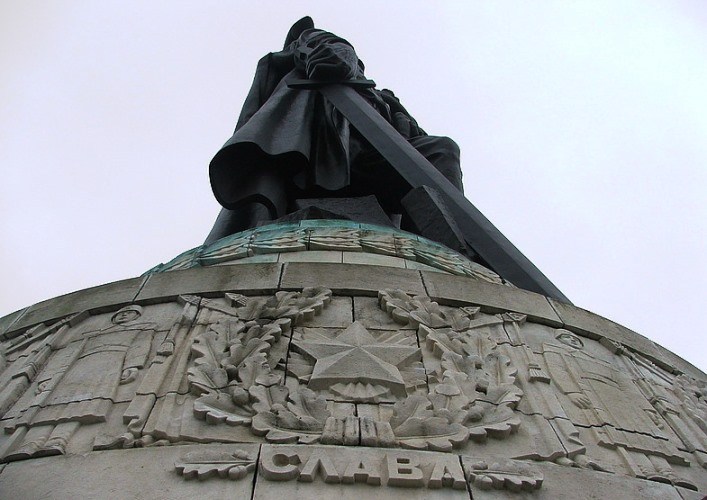 Staying in Berlin, both as a tourist and with a business trip, visit the memorial «Warrior-Liberator» in Treptow Park is quite simple, because the memorial is almost in the city and you can get to Treptow Park, both on the metro and on the excursion bus.