Despite the fact that since the death of the great Russian poet, it has been a long time, and this is almost thirty-five years, in the cities and towns of Russia, enthusiasts and admirers of his work continue to memorialize him. This time, residents of Yekaterinburg and its numerous guests will be able to see the monument to Vysotsky. 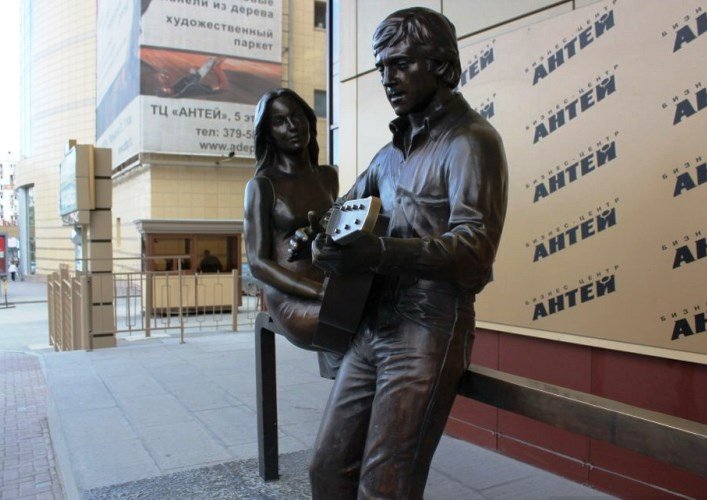 Marina Vlady and the monument to Vysotsky in Yekaterinburg

Those of us who are even slightly interested in the life and work of Vladimir Vysotsky are aware of the rather not simple relationship between the French actress Marina Vlady and her former spouse. No less peculiar, Marina Vladi reacted to the monument to Vysotsky, installed in the center of Yekaterinburg. In her opinion, it would be better to dedicate this monument not to Vysotsky and Marina Vlady, but to the young bard and his first wife Izie Vysotskaya, since Vladi met the poet at a more mature age than the well-known Yekaterinburg sculptor Alexander Silnitsky portrayed. Perhaps this maxim was expressed by the actress simply in «hearts», as not a superfluous reminder of her age, but this does not in the least not detract from the artistic and historical value of this sculpture. 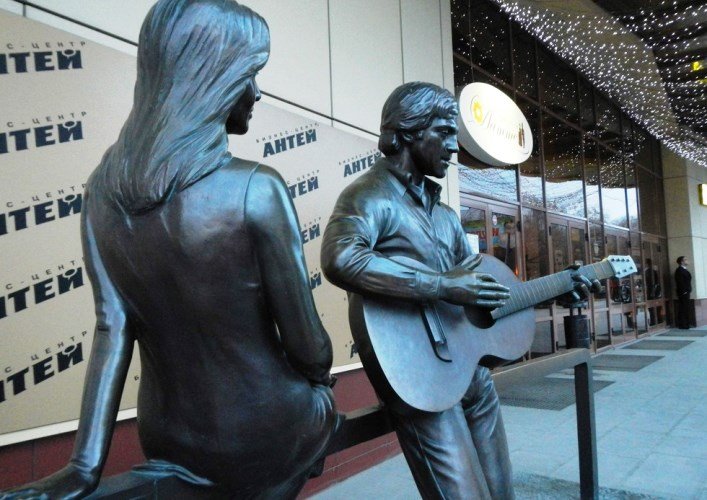 Where are the most interesting places in Ekaterinburg

After all, first of all, the initiators of the erection of this monument wanted to emphasize that interesting places in Europe are located not only in Paris, Brussels or Berlin. Ekaterinburg is also noted for the creative conduct of the same Vladimir Vysotsky. Since not once in this city, with tours, Vladimir Vysotsky created here many of his popular songs and left the best memories in the hearts of his admirers. And for this it is enough to remember that in Yekaterinburg, unlike the capital of the Russian Federation, there is already a street named after this Russian songwriter.

And if we talk about the artistic merits of the sculpture «Vysotsky and Marina Vladi», then without special exaggerations and flattery of its author Alexander Silnitsky, this work can rightfully be placed in one row, which presents the best urban monuments of modern Europe. The work done exactly in the urban architectural style does not have its own, classic pedestal, but is installed right on the sidewalk level, which gives it a special realism. No less remarkable moment of this work is its implementation on a scale of 1: 1, which creates a very real illusion of its «living characters» standing in the crowd of passers-by. 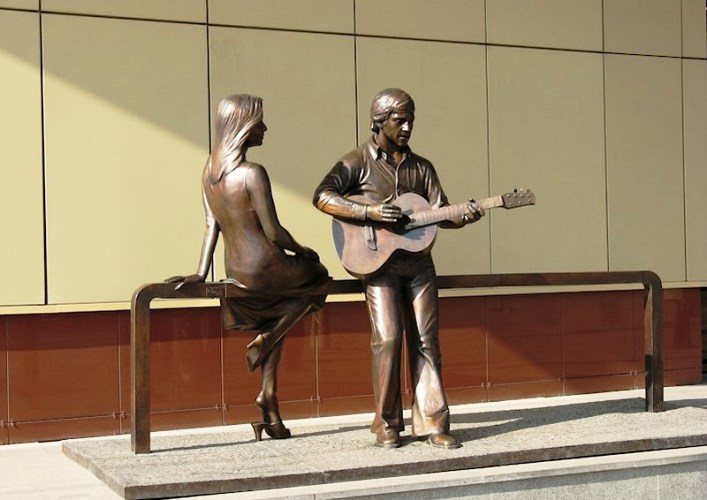 If you are already making your small trip to Ekaterinburg, then it’s quite easy to see this monument to Vysotsky and Marina Vladi, because it is located almost in the center of the city near the hotel «Big Ural».