Rio Tinto which translated from Spanish – «red river», is located in the south-west Spain, in Andalusia. The strange name of the river was because of its bright red color. An unusual natural phenomenon Rio Tinto has turned due to the high content of water in its iron and copper. 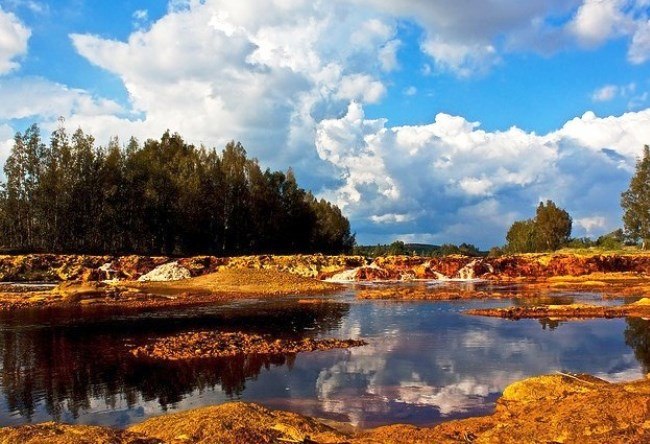 Since ancient times (3000 BC) on the banks of the Rio Tinto mining was conducted, as the surrounding mountains were rich in gold, silver, copper and iron. All this was the reason for the formation of a large number of mines and quarries of various shapes, which, in turn, without thinking twice, practicing poured into the river. Over time, because of such intense water intoxication is not just acquired a bright shade, but also became the most acidic river on the planet. 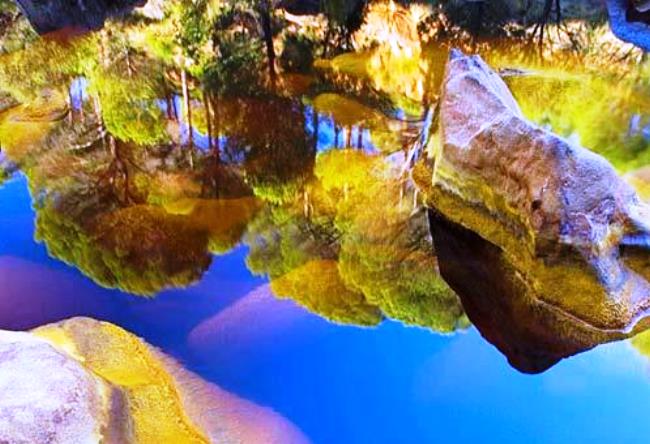 Now Rio Tinto is acidic river, in the full sense of the word, because its pH is in the range 1.7-2.5, and the content of heavy metal beats all mental and mental records. Related content substances found in the «waters» on the hydrogen sulfide Venus and Jupiter’s moon Io. 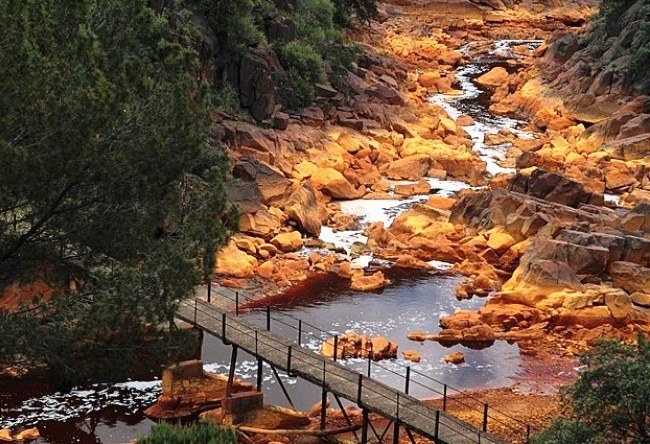 The main peak in the production of minerals came in 1930. In 1986, we finished to produce copper, and in 1996 gold and silver. But the vast quarries and mines have not gone away, and the chemicals continue to fall into the river. For example, here is the largest bat Corta Atalaya still pollutes water than seriously concerned about the local people and authorities. 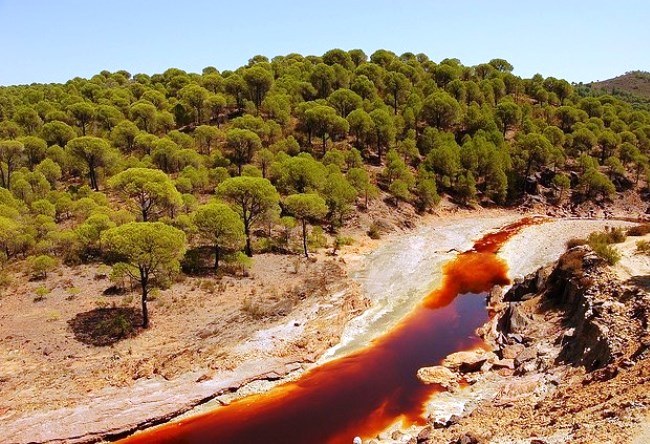 Today the river is of great interest to the various scientists, including scientists – astrophysicists from NASA. This interest is due to the fact that the activity found in the river aerobic bacteria extremophile, which multiply with extremely high speed, the reason why this has become a river and contain a high acid ratio in water. And, of course, take a dip here will not work, but enjoy the beauty of the river under the force of each. Almost every year the river gathers thousands of tourists and photographers from all over the world. It really is a miracle, like a red river, you will not see anywhere else, well, only if the telescope …