That Delphi rightfully wore the title of the center of Greece. As the myths, once Zeus decided to find out where is the center of the world and released from the west and east eagles encountered it on Delphi. This location was noted omphalitis, a sign that is crowned with statues of two eagles made of gold. 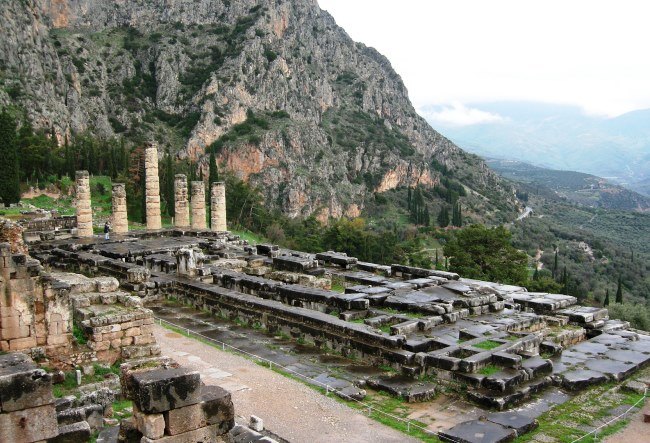 But the true glory of the other Delphi Greek god, streloverzhets Apollo, patron of the arts, and the son of Latona. According to ancient Greek mythology, Apollo was very, oppressed hero, wife of Zeus. That she sent a giant snake – Python, so he killed the young Apollo and Latona. But the young god himself killed the snake and threw his body with stones. But this could not completely kill the terrible snake, gave birth to many more monsters. 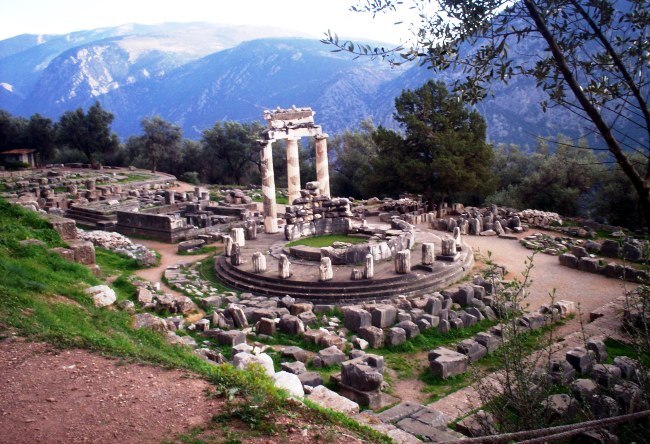 Further, according to all the same myths, the shepherd fell asleep around rocks, under which rested Python and inhaled poisonous fumes began to predict the future. It was believed that this ability gave him the god Apollo. Priests, which very soon became aware of this, was founded in the place of the ancient sanctuary and built a temple at Delphi. It was in the IX century BC 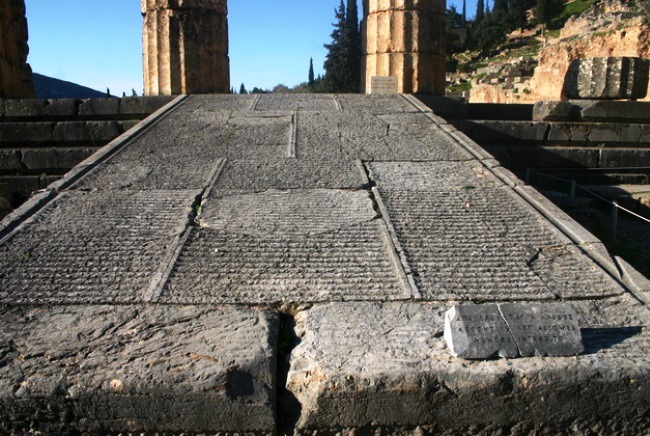 The priests did not have the ability to predict the future, for it established the position referred to as Apollo Pythia. Those, in turn, gave a very vague prophecies, and the priests already engaged in translation. Their duties included the formation of words Pythia to poetic form, and a report to it before the questioner. Influence of Delphi to the world that then was incredibly high. Every Greek city-state was required to bring the generous gifts of Apollo, and replenish its treasury. 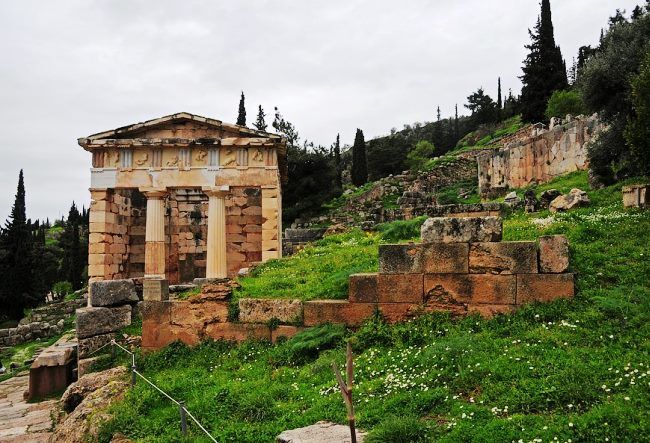 Archaeological excavations in the XX century found the preserved remains of the Hippodrome, temple, theater and many other monuments. According to the inscriptions found there, they were able to recover at least some rough exterior and interior of the sanctuary. Today, Delphi – the pearl of the Greek heritage. The vast ruins of the temple is very impressive. In good weather, there is an incredible phenomenon – Delphic echo – every word spoken, even in a whisper echoed through the neighborhood, becoming louder and louder.