Anyone who has ever experienced a little bit with the travel and read a lot of great discoveries, of course, the famous Easter Island. This name the island was because he opened the famous traveler from Holland J. Roggevenom on Easter Day in 1722. Easter Island belongs to Chile, geographically. 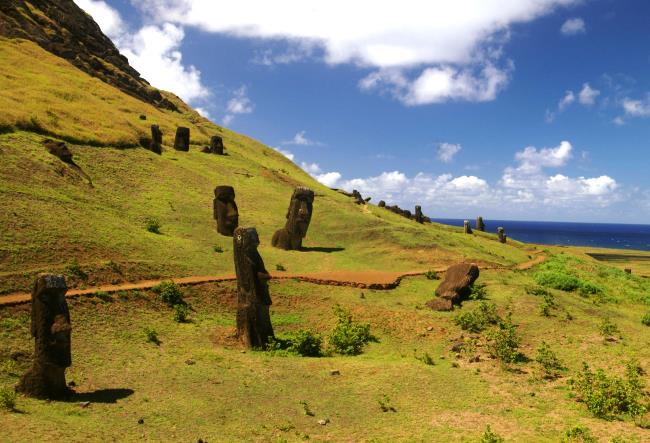 Easter Island, or as it is called – Rapa Nui, we can safely assume is unique. After all, this piece of land in the south side of the Pacific, formed due to volcanic eruptions. And over time, eroded volcanic lava, and then the soil on the island has become fertile. That allowed people to inhabit the island. 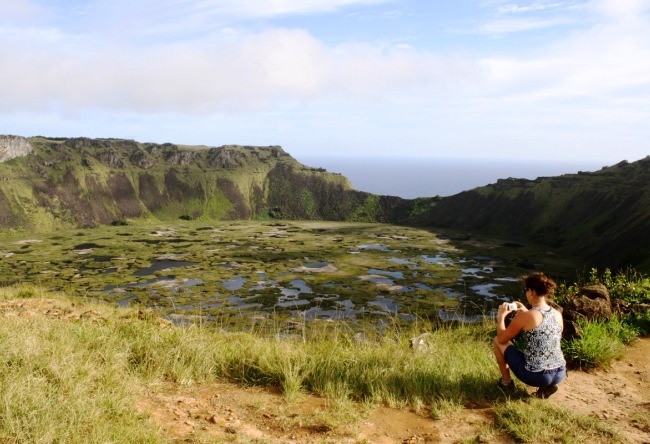 One of the most famous places on the island is an area where the huge stone giants, which of the stories of local residents have a unique power received from their ancestors. But not only is famous statues of Easter Island. At the edge of the crater of Rano Kau, Orongo village is small, it is also called the ceremonial village. Since there were held rituals towering cult birds. Now the village was empty, but fifty-three houses have survived. 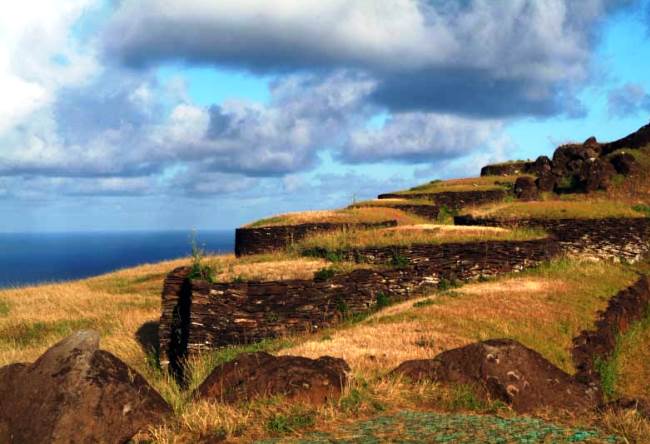 Speaking about this unique island, be sure to note that it is the most distant from the land populated island in the world. From the mainland it is separated by three thousand seven hundred and three kilometers away, and to the neighboring inhabited island, which has the name Pitcairn, a distance of 1819 kilometers. All these features have led to the fact that in nineteen ninety-fifth year, Rapa Nui National Park was listed as a UNESCO World Heritage Site. 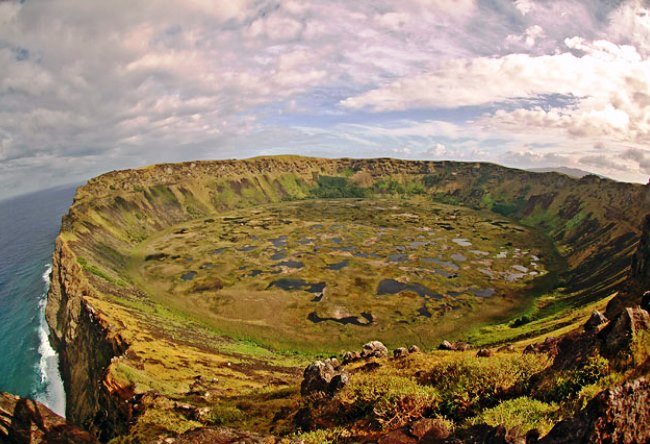 Walking around the island can not fail to note the picturesque nature. That only is a beautiful lake of Rano Kau, which is located in the crater of the volcano. Surface of the lake is covered by floating seeds Totoro, making it fantastically beautiful. However, if you have a desire to visit this place, you should stock up with fresh water because the lake water is salty.