Merry Cemetery in the village Sepyntsa

When we hear of Romania, the first thought that comes to it, it’s vampires. And all because the cranes on so many films about vampires and all for some reason there. But no, Romania is not only a vampire, but a beautiful country that can share their culture and amazing nature. 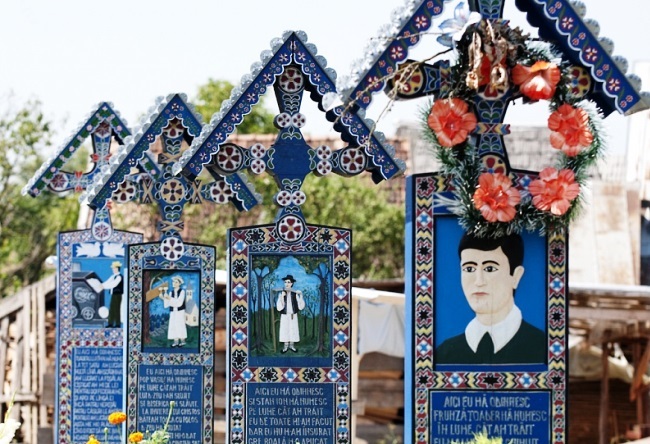 When you are sick at heart, you try to forget as quickly as possible and either go to someone to visit, that was not so painful, or in a bar. There, in order to cheer up and be cheerful, surprising, but they go to the cemetery. For some it may seem strange, but, still, there are all normal people simply cemetery itself is unique. The village is Sepyntsa «Merry Cemetery», which was built in 1935. This happened due to only one person, whose fantasy played out in earnest. It was Stan Jon Petrash. 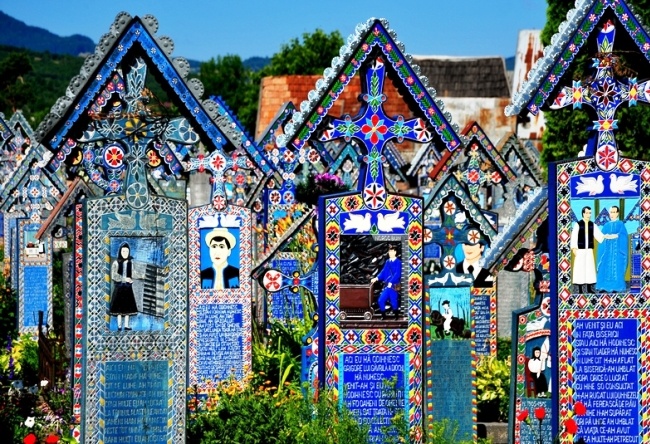 It happened one day, when he was ordered to do the usual gravestone, but he decided to surprise people as they say, and has made a carved cross, while he embellished his designs and drawings from the life of the deceased person. Such an idea like every person and until 1960, the cemetery has added more than 800 gravestones, which were adorned with unusual, but very beautiful. When the man died, his tomb were written these words: «In my whole life I have not harmed anybody.» 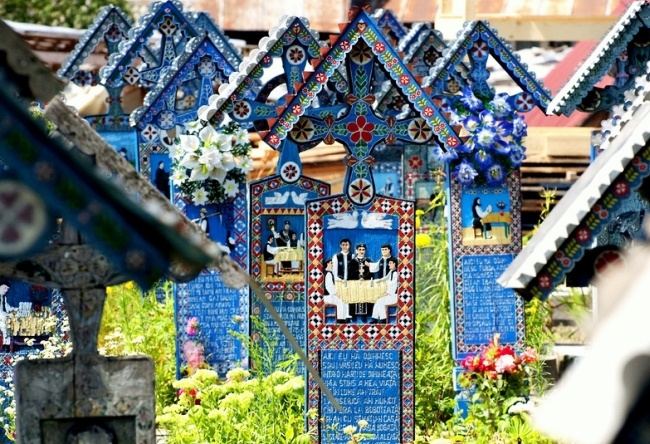 With his death, the work did not stop and now it continues its receiver Dumitru Pop, who like not only what he is doing, but also vital positions that were in the life of his mentor. Now this place is not a graveyard, and world heritage. 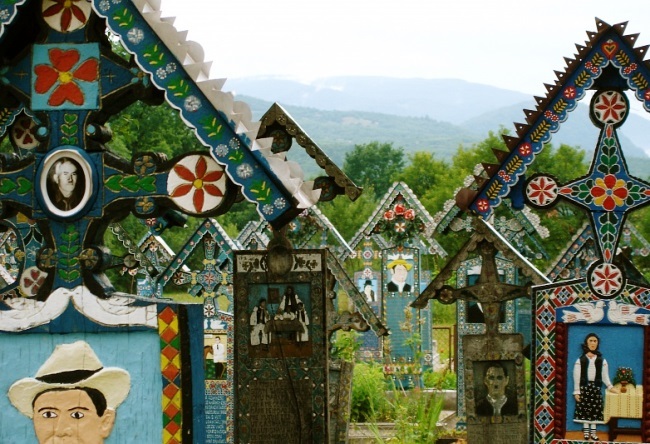 That is now coming to the cemetery people continue to mourn, but all the same, because of the beauty that lies in the cemetery, the soul becomes somehow easier and more positive. Of course, not everyone is able to understand, but the tourists continue to come to look at this place, as now, it is a kind of museum.