Externally Nevyansk Tower is very similar to the famous Leaning. Locals call it the «slope». The visitor easily detect this landmark battle of the bells that can be heard every 15 minutes and on the melody of «Glory» written by Mikhail Glinka. It is not a mistake of the architect, she designed. About it is told in local legend. 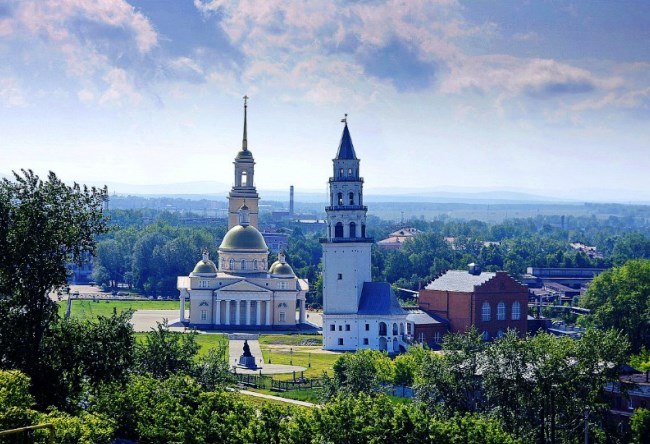 It turns its deviation in a southwesterly direction in deference small home Demidov Tula. At what time period the tower was built, historians do not speak about it from 1721 to 1445. They built it for the glory, for it used «podpyatny» brick. This building material was placed in such a way. Red clay is kneaded bare legs (hence the name). This man groped pebbles and cleaned. After that, the kneading laid ground limestone and egg white. 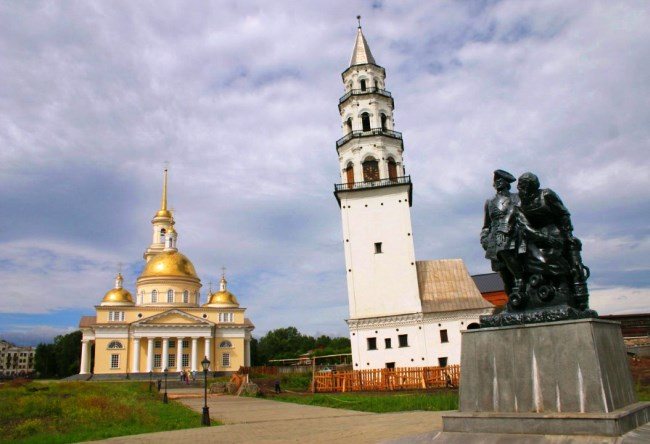 Then, fired brick, quality assurance was his strength. He had to fall from a height of ten meters and did not break. Masters worked only with whole bricks. Do not forget that at the time the construction was carried out yet and protective functions. Strong, durable wall structure attached reliability. But it was the fact that the weight of the tower to be very large, a few hundred tons, the ground under her could not stand such a weight and become lean. The base of the structure was the heel to reinforce it, the bricks began to abate, to the desired degree, as a result of the tower turned sableobraznoy form.

It is worth noting the technical characteristics of this structure:
1. The base of the tower is a square with sides measuring 9.5 meters.
2. The deviation from the vertical of about 1.85 meters.
3. «settles» Tower of 0.9 millimeters per year.
4. The height of 57.5 meters it. 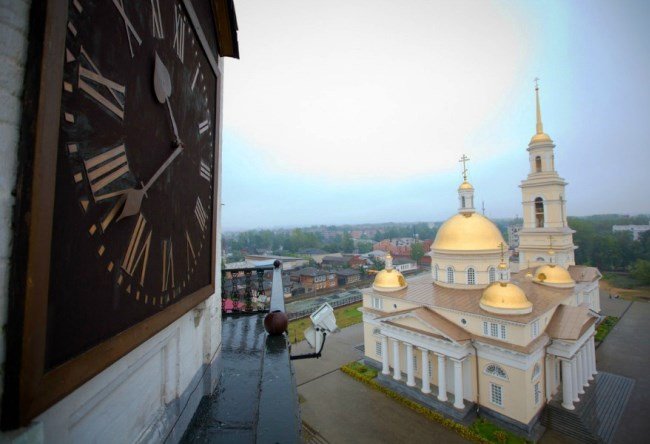 Inclined Tower Nevyansk has a quadrangular base on which there are three outbound octagon, they are decorated with patterned ornaments and iron railings. The tip of the cone-shaped tent structure crowned with a flag weathervane. It depicted the coat of arms of noblemen Demidov. The tower several stories high – levels.

What was needed first floor, historians are silent. On the second – Cabinet Demidov, which in Soviet times, the prison is located. On the third floor Demidov gave the lab. The soot stoves present their mixture of silver and gold. Perhaps there minted counterfeit money or secretly melted silver and gold from the mines Demidov. On the walls of the tower there is art castings – lace-iron lattice balconies. And the quality of the casting was of such quality that it does not corrode. 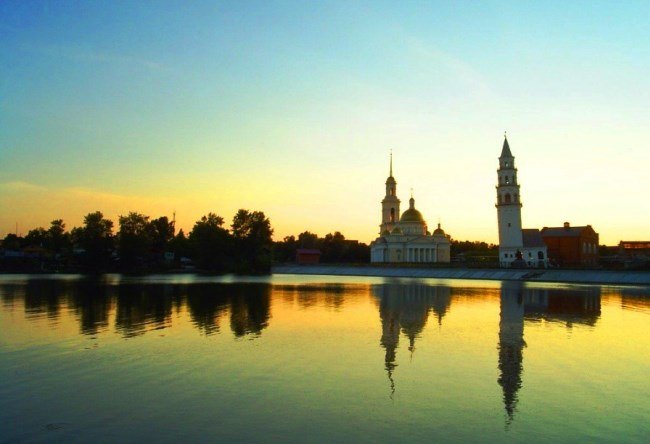 The tower has a acoustical room. In it you can hear the conversation of people who speak in a whisper, even if they are in the opposite corner from the listener. This is achieved due to the fact that the master accurately calculate the optimal ratio of the radius of the arch which spans the length of the room and the sound wave. The highlight of the building – the clock. They are made, such as, the famous Big Ben. They cost at that time a fabulous sum.