Oberammergau is not a city but a small village, which is located in Upper Bavaria, 90 kilometers from Munich. As we know from history, this village has become home to many German writers and artists as well as architects and politicians, and even for such high rank as ministers. 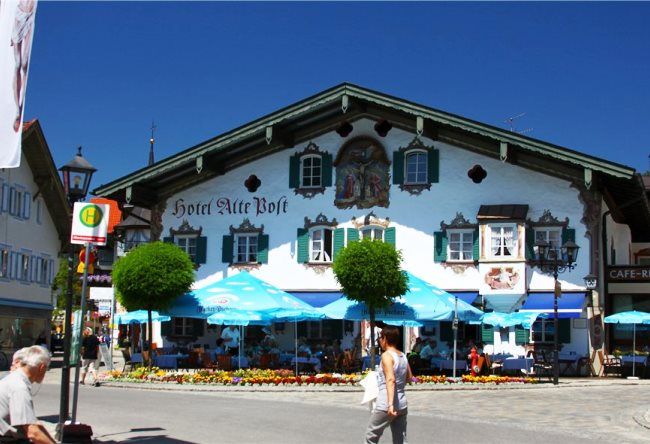 The village of Oberammergau has become known for its houses are unique. That is, each of them painted certain stories that have been taken from the German fairy tales, as well as from the Bible. This idea was suggested by the frescoes painter Franz Tsvink, who was born in 1748. The house where he was born, called Zum Luftl and it is for this name appeared unusual style of wall painting. 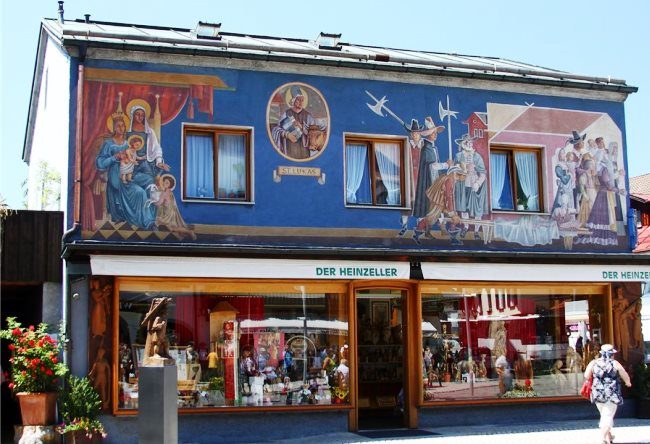 While some tell another story about how there are drawings and performances. That is, in the 17th century, the village held a terrible plague, then people have to revive the Bible. Or rather, stories from the Bible about how Jesus suffered. The first performance was shown in 1634, and since 1680, such a performance is held once in ten years. That is, the last one was in 2010, the tenth, that count. 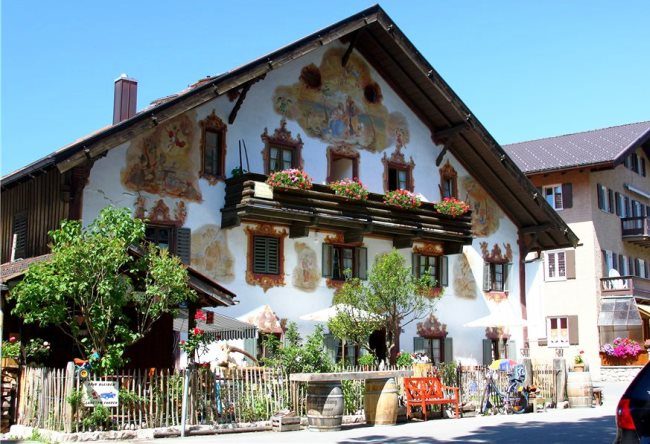 In order to reach this extraordinary town, you can use the railways. Although some use their car, but it is only when there is no assistance. Just does not make sense to spend money on gasoline, when the train comes out three times cheaper. The village population is about 5,300 people, and the location of the village is in a valley of the river Ammer. 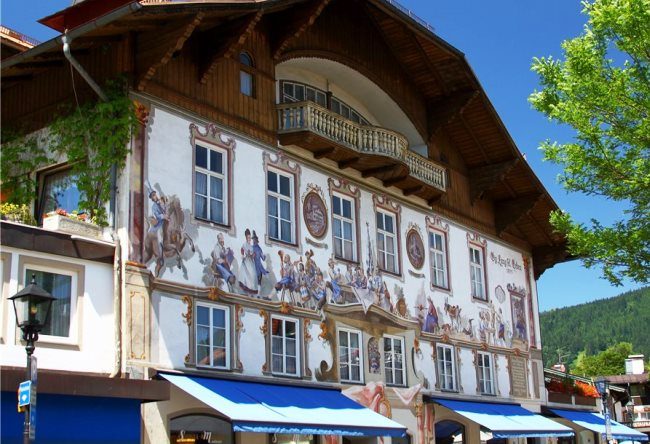 In addition, the village is also famous for the fact that they have common carvers. There are a large number of shops where you can find beautiful sculptures. Some of these coated wax sculpture. You can come here not just to look at houses and sculpture, but also simply relax the soul of the city.