One of the most famous mountains of Ireland is located on the North-West of the country, on the territory of County Sligo. Its name is Ben Bulben, a word-by-word translation means «Jaw peak». This name was given to the mountain for its unusual form, as its slopes from afar resemble almost a straight row of enormous teeth of a giant from a fairy-tale. 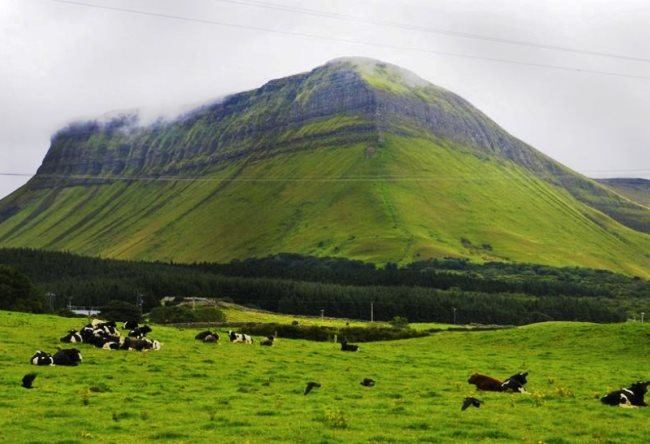 This place may be added to a list of the most beautiful places in the world. This diversity of the mountains is known as mesas. Their peaks look as if they were cut off, but the slopes are still quite steep. These mountains consist of different sedimentary rocks and were formed by glacier melting. 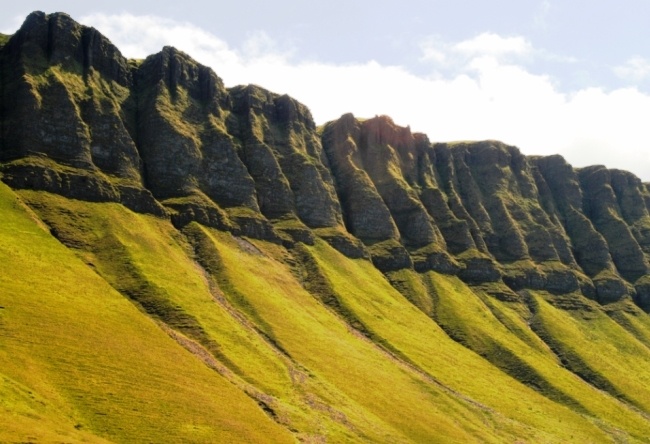 Ben Bulben mountain is not an exception. It constitutes a mount, about 520 meters high, formed about 320 million years ago, during the time of the Ice Age. The moving lumps of ice truncated its top that rose before. Alpinists keep conquering the peak time and again, without paying attention that climbing there is quite difficult. 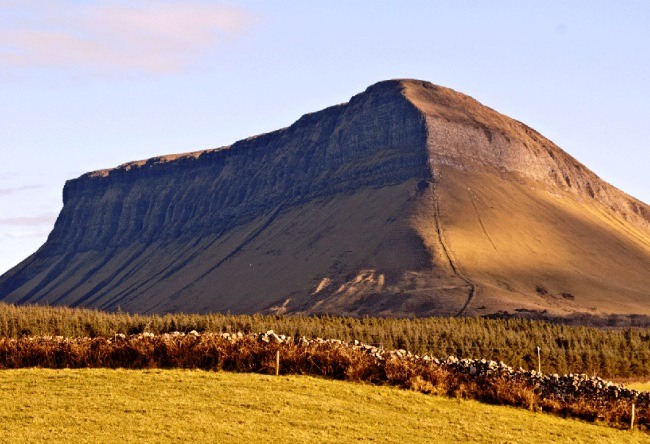 Especially it is difficult to climb up the northern side. The scarps there are very steep, and the cold wind from the Atlantic Ocean is constantly blowing. But the surrounding landscape will make it worth spent forces for those, who succeeded to reach the top. 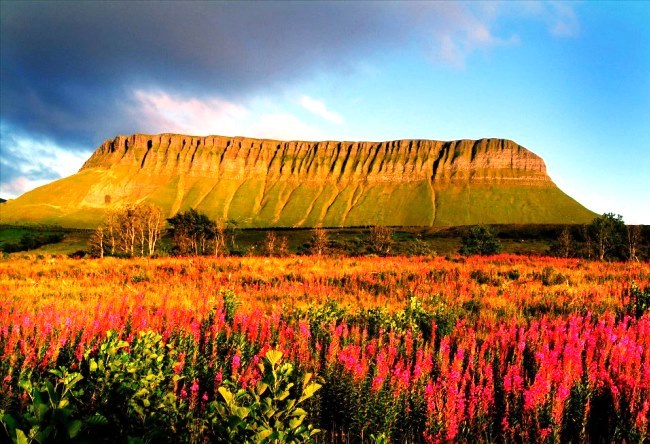 Nowadays Ben Bulben is a truly symbol of County Sligo, enveloped by endless mysteries and legends. As one of them goes, once a huge wild boar lived here. A warrior named Diarmaid killed it by its own tusk. Anyway, this mountain of unusual form is a real natural wonder and the main sight of Sligo as well.