One of the main problems of modern cities, regardless of their size and number of inhabitants, is the environment, because to date none of the existing technology is not a waste-free, and much of the waste produced simply not be complete disposal or recycling in some other useful for human-product. 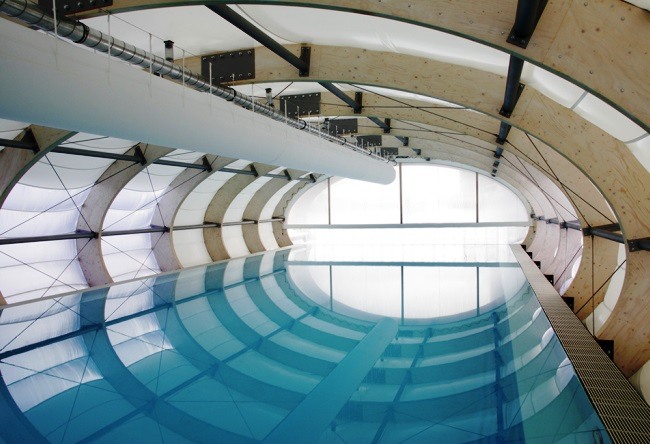 Are no exception to this series and recreational ordinary citizens within a particular city. After all, not many of them have the opportunity to take some time off and go somewhere to the Galapagos Islands, Cyprus, or at least on the same coast of the Black Sea. With this in mind, some municipal authorities are trying to at least, something to offer in this category of their fellow citizens as compensation for no possibility of obtaining a good rest in ecologically clean regions. 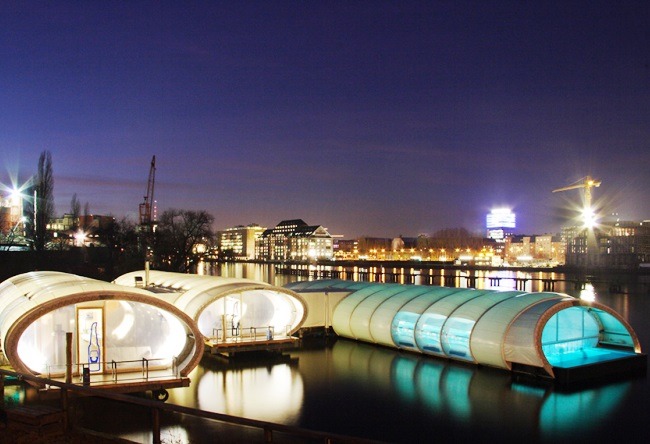 Thus, in particular, a few years ago the city authorities in Paris, blocking part of the roads running along the Seine, built there a kind of beaches and covered roadway river sand. So that everyone could get some semblance urbanized beach on the banks of the Seine. However, this option has not received broad support Parisians, since the presence of sand had not yet assumed the opportunity to swim on a hot day in a rather dirty river water flowing through almost the whole of Paris. 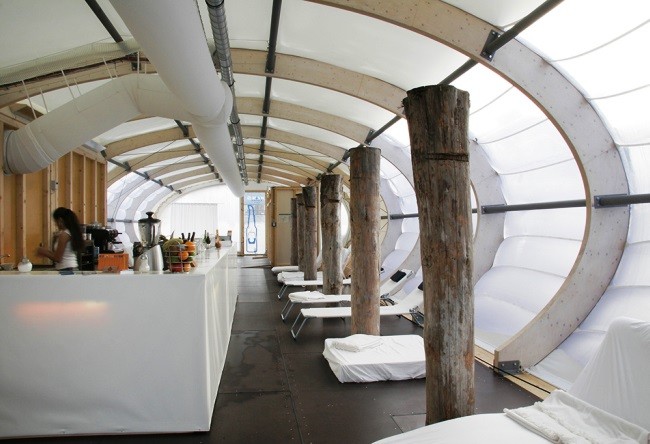 A similar project, only with more successful outcome, realized by German specialists from the architectural bureau Wilk-Salinas Architekten, who offered to arrange a kind of sports and entertainment complex right on the water of the river Spree, which flows as the Seine, through the center of Berlin. When this was used qualitative and reliable plumbing Grohe, which is famous for svomi innovative ideas and successful implementation into production, and in the overall contribution of ideas realitsatsii construction. 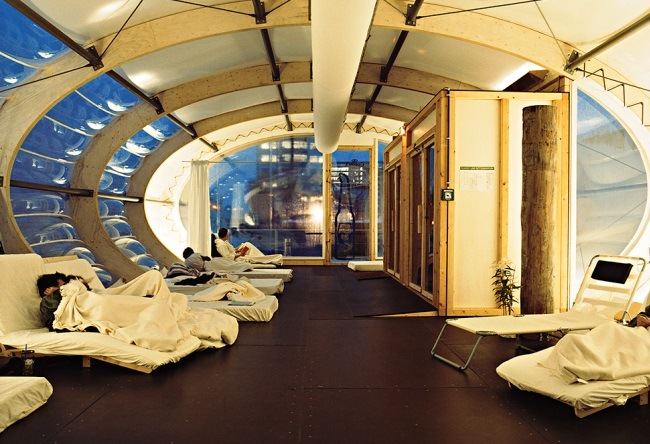 The structure of the complex floating Badeschiff, a total area of 750 square meters, consists of three main modules, consisting of a sauna, swimming pool and a rather large recreation areas. So that you will get a good rest in this complex, you will at the same time are not only in the middle of the river, but also the whole of Berlin.