Each sea voyage and sightseeing tours must necessarily end in the port, and in order to not get off the right course, the ships were always helped by the lighthouses. Today, with the help of modern means of communication, ships pass long distances, overcome difficulties associated with weather conditions, etc., only the history and romantic image of the famous Vorontsov lighthouse is difficult to overestimate.

Journey to history by sea to Odessa 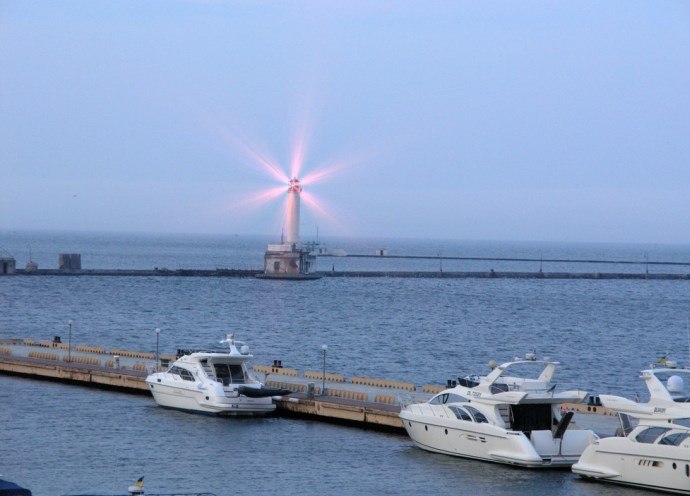 Every time you plan a trip, you try to expand your own horizons somewhat as to where you are going to go. That’s when studying the sights of Europe in Odessa, we have to state the fact that «eternal and kind» sowed mostly foreigners. Vorontsovsky lighthouse was no exception. So in 1843 the first lighthouse on the tip of the Military Mole in Odessa was built at the request of Tabbud-Marigny, the Dutch consul, because as the quarantine mole was being built up, incoming ships sat on the underwater parts of the structure.

Tourism in Odessa constantly brings us back to the past centuries and you will be told that the Vorontsov lighthouse in the city was established in 1863, and it was consecrated on November 8, along with the opening of the monument to Prince Vorontsov in the Cathedral Square. Hence the name of the first Vorontsovsky Odessa lighthouse.

Since the installation of the first wooden lighthouse in Odessa on the Black Sea coast a lot of time has passed. Designs, locations, epochs and people changed. The last and the current Vorontsov lighthouse was established in 1954, the range of the red fire is 15 miles. The head of the lighthouse was made at the shipyard of Kronstadt, while the 30-meter cylinder-tower with the base was built by the trust «Chernomgorhydrostroy». 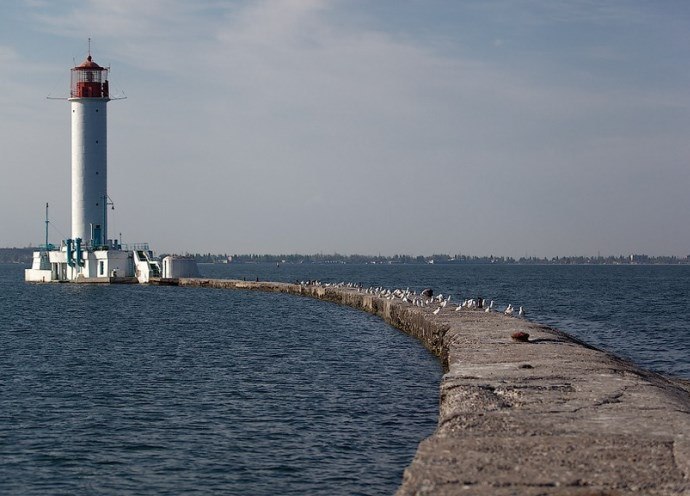 In the world practice it is customary to make marine museums out of non-working lighthouses, where the construction supervisor is a guide. A feature of the Voronotovsky lighthouse is that it is an operational structure for strategic purposes.

You can get to your destination if you get on trolleybus No. 10 on Privokzalnaya Square or you need a regular bus number 210, get off at the stop «Customs Square». It is necessary to admire the lighthouse from the shore, in view of the specificity of the object. There is an option to get on a 2-hour excursion to the lighthouse, tickets for it can be bought in the building of the administration of the Odessa port. Excursion «The lighthouse trail» is conducted in quiet and sunny weather, experienced guides recruit a group of up to 12 people and lead along the Raidovy Mole (646 meters) to the base of the Vorontsov lighthouse.