The oldest hotel in Kiev

So it turns out purely historically, but today we see such a landmark of the Ukrainian capital as the oldest hotel in the city we can not get, since almost all hotels in Kiev are quite modern buildings executed at the highest level of the requirements of European standards. 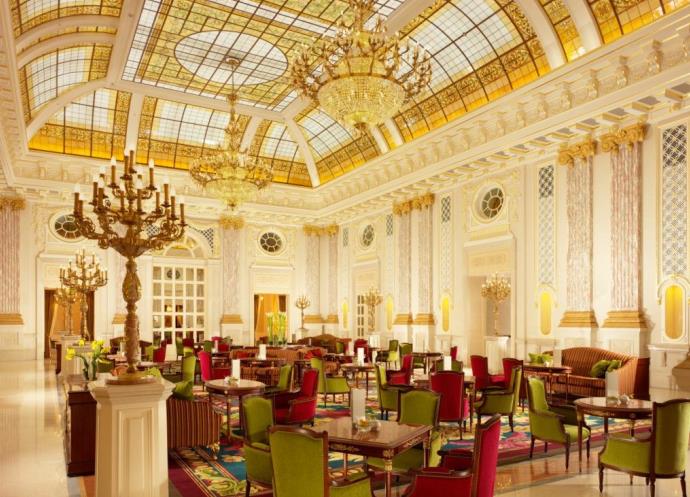 If we talk about when the first hotel appeared in Kiev, in this respect it is worth noting that in the conventional sense of the term, which was born on the islands of the Albion in 1774, Kiev hotels or inns may be far from this date, where for one or a century and a half. And it is necessary to be transferred to those times when the same Kiev-Pechersk Lavra became the center of Orthodox pilgrimage. After all, it was at that time the maiters and the attendants at the reception, who were simple Kiev-Pechersk monks, who handed pilgrims, their cells, by the day or by the hour, as is customary today. And although such hotel rooms had rather limited service, which presupposed not only common toilet rooms located on the floor and lack of any variety, in the refectory menu of the chamber, the number of those who wished to settle in the cells sometimes exceeded the possibilities of the Kiev monasteries. And taking into account the fact that tourism of this kind has become quite widespread, over time, in the same monasteries, there began to appear original prototypes of modern hotels, which in those years were called nothing but inns. At the same time, this kind of service was provided by the monasteries not on a gratuitous basis or for a purely symbolic fee, but at a very certain price, depending on the level of services provided. And to reduce the cost of maintaining such hotels, their staff was represented mainly from the same novices of the monastery.

However, in due course, taking into account the increased level of pilgrims, after all, as a pilgrim to the Kiev-Pechersk Lavra began to come and the people of the noble estate, in 1805 on Moscow Street the first in Kiev hotel, which was executed in European manner in two floors. The author of the project was the Kiev architect Andrey Melensky. However, in those years, such a word and concept as a hotel or hotel in Russian did not exist, but it was more understandable for all guests definition of «inn.» So, the best hotels in Kiev were called only «Green Inn with Numbers». 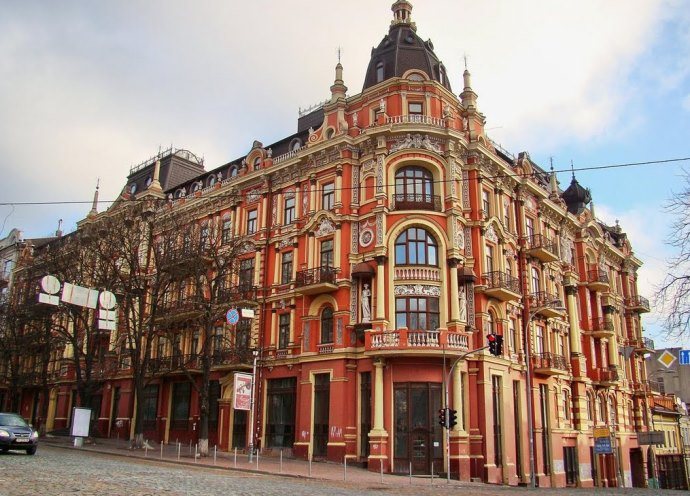 And in later times, hotels in Kiev, whose address already flaunted in the advertising departments of Kiev’s numerous newspapers, and were already called only «hotel» and were mostly names invented by their owners, in the Western manner.

So in particular in 1870 the central street of Kiev Khreshchatyk, decorated a rather tendentious building in two floors and was called nothing but a «Grand Hotel». At the same time, VIP persons tried to stop at this hotel, among them were the monarchs of neighboring countries. So, being in the capital of Ukraine, do not doubt, without a roof over your head will not remain even with the minimum budget of your trip.