Among the numerous lakes located in Europe, Lake Bled does not stand out by any particular parameters. The same depth, area or content of salt minerals in its water. This lake is simply beautiful.

Lake Bled and its little «zest»

One of the main advantages, Lake Bled, or Bley Lake, as the locals call it, is that Lake Bled is located almost in the heart of Europe and it’s easy to get to it. After all, a small town with the same name is located only forty-five kilometers from the Slovenian capital of Ljubljana and near Bled passes both a railway and a modern highway, making the trip to this lake quite comfortable and fascinating. In addition, the number of tourists coming to relax on the shores of the lake is affected by the proximity to the city of the state borders of Austria and Italy. So, the entry of Slovenia into the Schengen zone makes this city and its attractions publicly available practically for the whole of Europe. 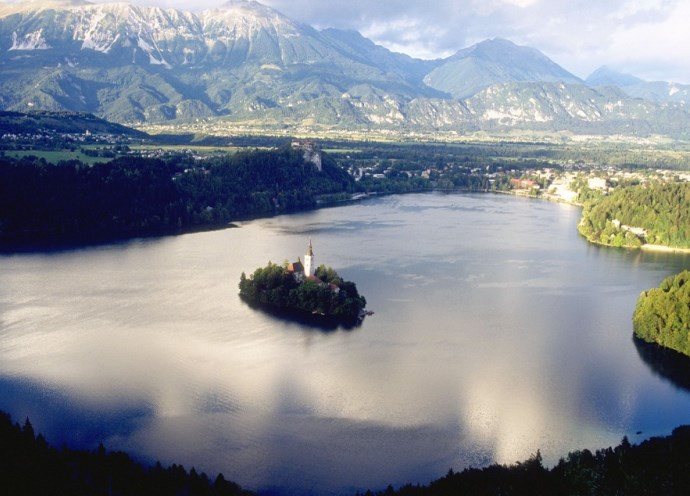 And if you really came to this city, the main attractions of Europe will appear before you right on the shore of the lake. First of all, it is worth noting the small island Blejski otok, standing right in the middle of the lake, and a small chapel of the Assumption built on it during the Middle Ages, which today attracts not only tourists but also small groups of pilgrims and archaeologists who continue to excavate territory of the island.

Other interesting places in the city

It should be noted that not all resorts in Europe can boast of a rather peculiar way, how one can get to the island, and the chapel on it. The first, of them, is a more trivial way, which is that a trip to the island is carried out on an ordinary pleasure boat with a diesel engine and a capacity of no more than ten people. But the second way is worthy of a separate mention, because not many in the same Europe knows what a water vehicle is «wicker». In general, the «wattle» resembles a Venetian «gondola», but a little smaller, and at the same time a pale boatman, as famously controlled with two oars located, as on the «gondola» at the stern of this miracle of the ship. 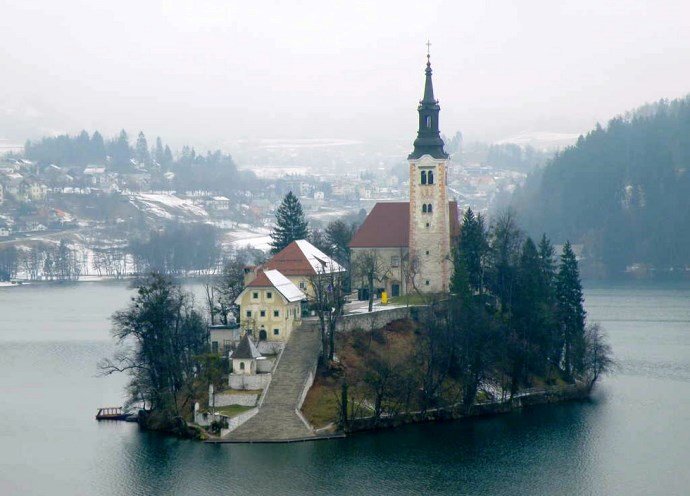 In addition, if you note other interesting places in Europe and this city in particular, it is necessary to mention the Bled medieval castle, located on a 130-meter cliff, towering above the lake itself. And being built, even in the first millennium of our era by the order of Emperor Henry II, as one of the advanced defensive outposts of the Austro-Hungarian Empire, the castle is still quite well preserved today. And today the guests of the town can visit this castle, which houses a local historical museum.

The best option is to visit the city of Bled and the nearby lake is a variant of travel by road or rail, from the capital of Slovakia to the city of Ljubljana or closer to Bled, the second largest city of Slovenia in Jesenice.