Diorama of the Kremlin

The emergence of such a work of fine art of the Soviet period as the «Diorama of the Kremlin», created by the brilliant battlesist Yefim Isaakovich Deshalyt and his creative group, is primarily due to the fact that in 1977 he received an order from the USSR Ministry of Foreign Affairs for the National Exhibition dedicated to the 60th anniversary of the » the anniversary of the formation of the USSR, which was planned to be held in New York.

«Diorama of the Kremlin» made a furor

Here it is worth noting, a small circumstance, that initially the Kremlin Diorama had a slightly different name, namely, the more pompous and impressive Moscow-the capital of the USSR, which more fits into the overall concept of the anniversary exhibition. But, despite this little historical nuance, the diorama made a stunning impression on the Americans, who could see it in one of the best exhibition halls in Los Angeles. 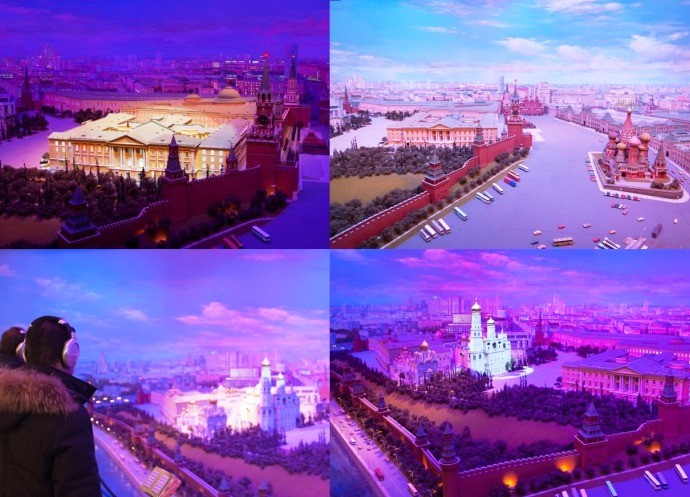 In fact, three hundred square meters of the picturesque canvas, supplemented by sound and lighting effects, made a unique impression. And the reality of the presence was harmoniously supplemented by a change in its illumination, depending on the «apparent» time of the day. So, that the viewers had a real impression of their presence on some virtual site located in the center of Moscow.

In addition, it is worth noting and such interesting facts related to this work of Yefim Deshalyt that over his creation a fairly large group of artists and other specialists in the field of light and sound technology worked. In general, more than 150 people worked on the diorama, among which there was an outstanding domestic engineer Mikhail Nikolayevich Sretsovsky, who also developed a system of light and sound accompaniment of the diorama. And the work itself to create a diorama in connection with its size was carried out at the Small Ice Arena of the CSKA sports complex. 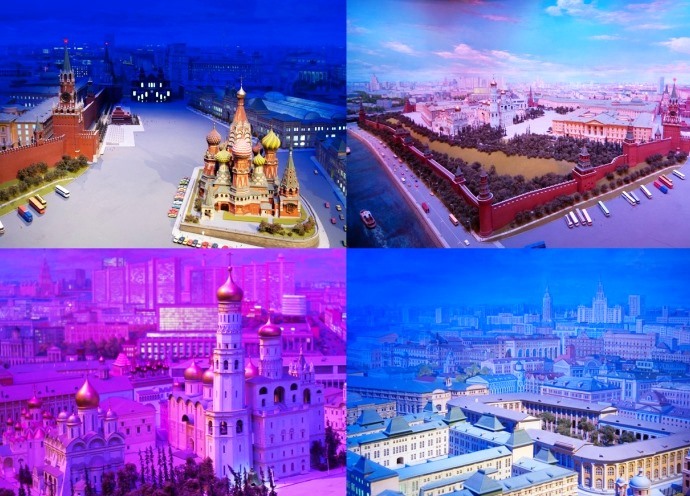 After the diorama «Moscow — the capital of the USSR» was successfully presented in Los Angeles, the diorama traveled to a number of other countries of the world and was seen by the inhabitants of Great Britain, Bulgaria and Germany. And since 1980, the year of the Moscow Olympics, the diorama was exhibited in one of the pavilions of VDNKh of the capital, where it was exhibited until 1991, when it was auctioned off to a private collection of the owners of the shopping center of the capital, which is located on Nametkina Street.

However, in 2007 the fate of the diorama Yefim Deshalyt changed somewhat and already, as the «Diorama of the Kremlin», it moved to the specially equipped room of the hotel «Ukraine», which today, after substantial reconstruction, is called «Radisson Royal, Moscow» Royal Hotel, Moscow), «working» thereby on domestic tourism.

And this is quite simple, if you are already in the capital of our country. Firstly, the hotel can be seen quite easily from almost any point of the Moscow center, because «Radisson Royal Hotel, Moscow» is one of the eight «Stalin» skyscrapers of the capital, and secondly Kutuzovsky Prospekt building 2 knows almost any Muscovite.