Many houses in one

Among the numerous original variants of modern buildings it is rather difficult to find something that either surprises us. But the recently opened inn Inntel Hotel, which unites many houses in one, bribes the peculiarity of the very idea of this building. 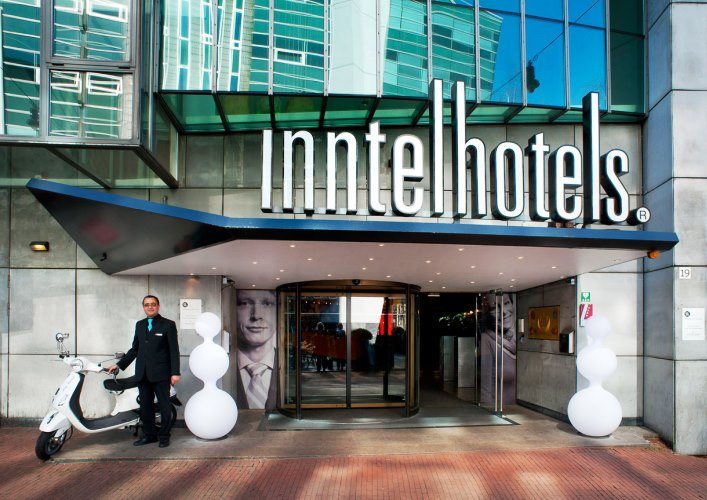 Many houses in one and how I do in Holland

At the first mention of the fact that one building unites many houses in one, for many of us, the first association will be none other than our standard «multi-storey building», starting from the classic «Khrushchev» and ending with skyscrapers adorning today the central part of our capital. However, in this case, in a small European city Zaandam (Zaandam), there is quite a kind of structure, outwardly resembling a small pyramid consisting of one-story and two-storey houses, classical, Dutch type.

And this kind of confidence of the author is based on the fact that the «Inntel Hotel» does not consist of many designs. All seventy «houses» are only exterior decoration of the building, but in general it is a modern monolithic building, executed not only according to all the rules of modern construction, but also having inside no less advanced hotel utensils and equipment. So that the journey through his apartments is as safe as a similar tour of any of the modern hotels in Las Vegas. 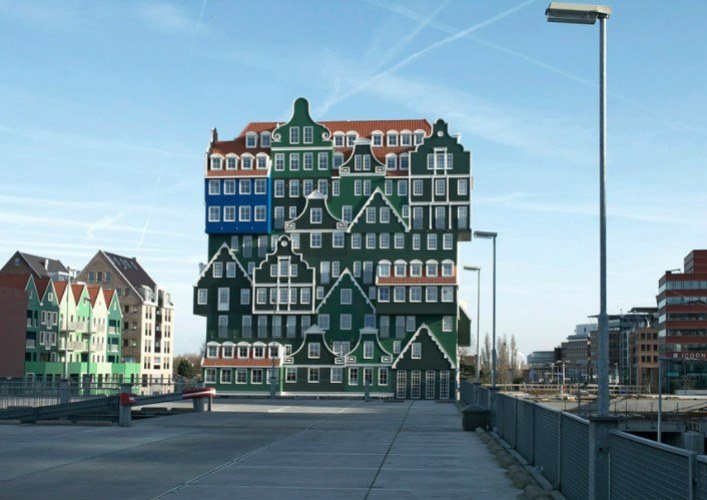 At the same time in the service «arsenal» «Inntel Hotel» are available, both single rooms «economy» class, and the present apartments, consisting of several, multi-level rooms. And this, let alone that «Inntel Hotel» has a small but cozy restaurant and two bars, which are united in a single complex of «catering». In view of this, all guests of this hotel are guaranteed a full rest in Europe.

So, as in the Zandam national highway A7 begins, and as there are two railway stations in the city, it is natural that it will be quite easy to get to Zandam under any scenario of situations.