Making a trip on the cruise liner down the Volga, among the many sights dedicated to the heroic defense of our Motherland from the Nazi invaders, the city of Volgograd and its inalienable honor Mamayev Kurgan occupy a special place.

Mamayev Kurgan, as a symbol of courage and heroism of the Soviet people

The origin of the name of this geographical object and to date does not have a clear and unambiguous historical definition. According to one version of Mamayev, the mound received its name from the historical fact that this elevation, even during the reign of the Tatar-Mongol khanate in this territory, was of special strategic importance for preventing the invasion of the troops of the same steppe kipchaks into the territory of the Tatar-Mongol khanate. With this in mind, at the order of Khan Mamai on the top of this hill was constantly located an outpost consisting of the best of his warriors. So, that since that time behind the mound the name «Mamaev» was fixed. 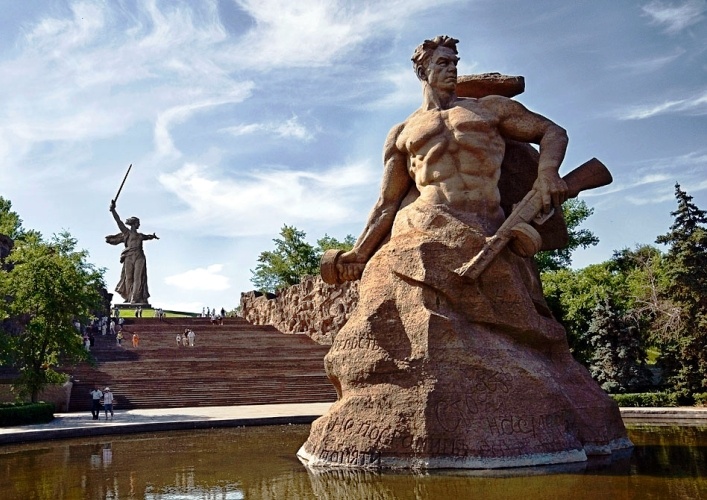 However, this kind of theory has no documentary evidence. And, proceeding from this fact, modern historians are inclined to not such a heroic theory, the origin of the name of this mound. The whole point is that the socio-etymological world of that time basically consisted of the Turkic peoples, which constituted the overwhelming majority of the population of this Privolzhsky territory. With this in mind, the name of this elevation had Turkic roots, where the definition of a small hill in the same Tatar language sounds like «mamai». So, most likely «Mamayev Kurgan» and has exactly this origin of its name.

And some more etymology

However, in this version, this geographical name is a kind of tautology such as «oil buttered». In addition, there is a linguistic contradiction with the second part of this name, namely the «mound». In the generally accepted traditions of the Turkic peoples, whose traditions were largely adopted by the Slavic peoples of the time, the «burial mound» was a burial mound created artificially and having the appearance of a cone-shaped elevation.

In Soviet literature, the name «Mamaev Kurgan» rather than «Height 102», as indicated on the geographical maps of this area, appeared from the «light hand» of the Soviet journalist and writer Eugene Viktorovich Vuchetich, who in one of his essays on the Battle of Stalingrad determined this the place is not otherwise than the Mamayev Kurgan, which was fixed after this historical monument and up to the present time. 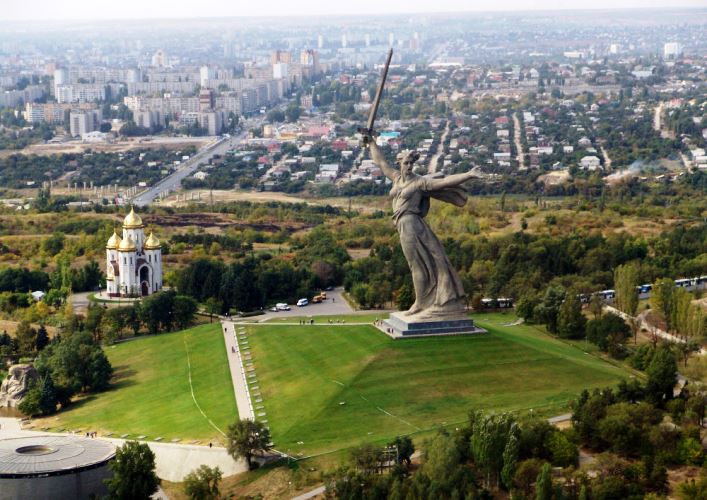 But, despite these linguistic collisions, the journey through the memorial «Mamayev Kurgan» does not become less impressive and memorable, because the same Europe did not know a more grandiose and bloody battle in its entire centuries-old history.

If you have already arrived in the city of Volgograd on the same Volga or by rail, then visit the memorial complex «Mamaev Kurgan» will not be difficult, because it is located in the central part of the city.