One of the outstanding pearls of the Eastern Sayans can be considered a fascinating Kinzeluk waterfall (328 meters high). He is one of the largest Russian waterfalls, and according to some sources, the Eurasian is also all-weather, and constantly, so to speak, acting. It truly can be considered the pride of the Krasnoyarsk Territory and the Russian Federation as a whole. It is located in the mountainous and inaccessible area of the Kinzeluk Range, on its northeastern slopes, near the Irkutsk Region, in the Tofalaria region. 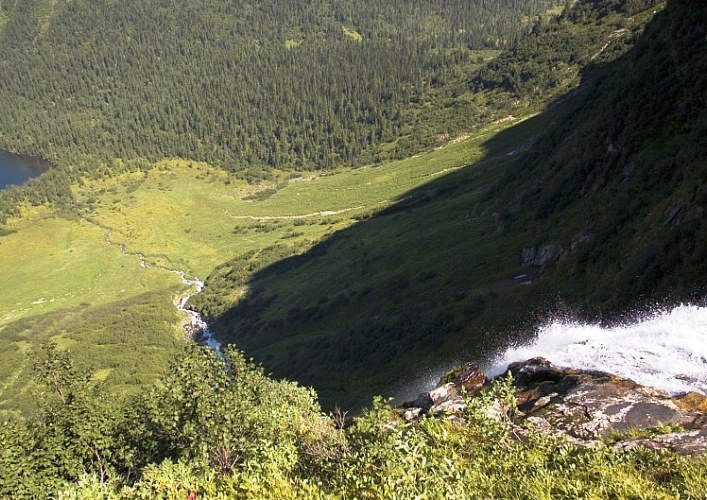 Kinzeluk waterfall — the pearl of the Eastern Sayan

A huge waterfall flows from the enchanting Kinzelux Lake, which is at an altitude of 1,601 meters and is hit by a gray-steel mass of water from the slopes of local mountains. From the height of the Kinzeluk waterfall and the surrounding virgin nature look incredible and incomparable. This is one of the picturesque monuments of the Eastern Sayans.

Now in its area are very popular hiking. And if you decide on such a difficult journey, you can see this beautiful waterfall from its top point. And on the way to it, there will be also marshy meadows, and grass knee-deep, and this is the most comfortable and simple sections on the route. And it’s impossible to get hungry here. Sometimes there is a bow, a wild ram, a rhubarb. Chic islands here and from cedar trees. In general, when you approach a waterfall, you really feel its grandiose power. After all, the area of ​​free fall of water jets is 90 meters. And this stream from the majestic falls falls into the river Kinzeluk through not large Lower Kinzeluk lake, which is located at an altitude of 1144 meters. By the way, there is a lot of grayling in its waters. So it will be useful to fish here, and to spend the best rest in the world. 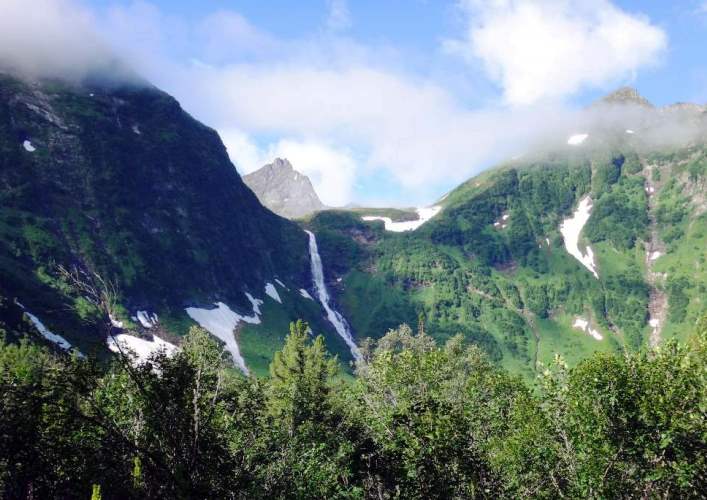 With screaming and whistling

When you approach the waterfall, the highlands gradually go away and the taiga begins and you get to the fairy-tale world. And also here grows red currants and blueberries, which can and is pleasant to eat along the way. As this taiga is found here and bears, so if you pass these places with a shout or whistle, it will not be superfluous. In the rain of the river, power is accumulated and spread. This, of course, is beautiful, but moving in such conditions is incredibly difficult, although not impossible.

The enchanting roar of the waterfall, the frenzied and powerful water flow, the beauty of the local lakes, the amazing clean air — all this amazing picture, despite its greatness, power and scale, is very reassuring to people who find themselves in these places. And the waterfall itself always looks very picturesque, grandiose and fascinating.