In order to get into the real Italian garden, which is located in the city of Ningfa, at least it is necessary to purchase tickets ahead of time, after seeing this creation of landscape design, you begin to really understand what the human hands and his imagination can be capable of. 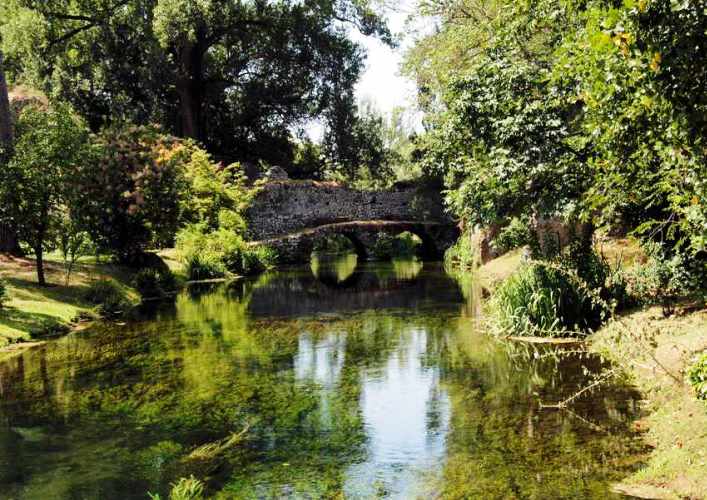 The city of Ninfa and its amazing Italian garden

First and foremost, it should be noted that the Italian garden located in the city of Ninfa is a rather eloquent example of a careful attitude to nature in any of its kind, in which it came to man from previous generations. After all, the history of the creation of this garden is directly connected with the life of a small town of Ninfa, which in the thirteenth century, being located on the main road connecting Rome with Naples, was a prosperous and prosperous city. And the reason for this was the fact that a fairly large fair of all kinds of goods from virtually all of Italy and its near abroad was constantly working on its central square. At the same time, the city treasury received income not only from the trade itself, but also from numerous inns in which numerous merchants stopped.

However, this kind of cloudless existence of the city came to an end when the numerous heirs of Pietro Caetani, who owned this city and the adjoining lands since 1297, did not begin to share the wealth of this city among themselves. As a result, continuous internal strife began between them, and the journey along this part of the road leading from Rome to Naples was not safe. And as a result, the city turned into ruins, and its inhabitants fled to neighboring towns and villages safer and quieter than their once beautiful and rich, Ninfa. The destroyed fortress walls and houses began to overgrow with wild ivy, and the streets of the city began to turn into impassable thickets of bush. 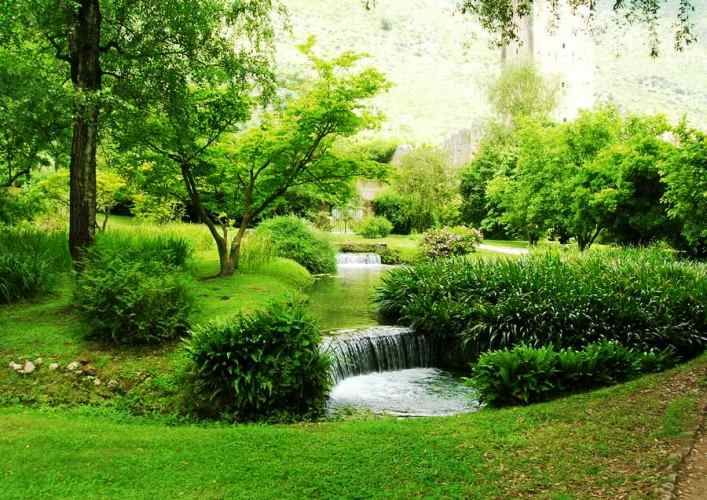 However, to date, any journey through Europe, passing through this city will not give the slightest hint of such a tragic story of the medieval Ninfa. And all thanks to the fact that since 1920, the heirs of the same Donna Kaetani began to restore not only the city itself, but also the surrounding areas. And the very idea of ​​such a reincarnation of Ninfa was that the new houses of this city began to be built on its outskirts, and its ancient ruins, overgrown with rich vegetation, the city’s owners conceived to turn into a kind of romantic garden in which a man’s hand only gently corrects that already created nature for many decades. So appeared on the tourist map of Italy, an amazing garden of the city of Ninfa, which many people try to enter, because it is rather difficult to imagine a holiday in Europe without visiting Ninfa and its Italian garden.

And quite simply, after all, as many centuries ago, Ninfa is only sixty kilometers from the eternal city of Rome.