Since the appearance in Brussels of the famous sculpture of a boy who saved this city, the theme of minimal-size sculptures has repeatedly excited many artists of different times and peoples. This tendency was not ignored by Uzhgorod artists, who created a small gallery of mini-sculptures, which added to the numerous sights of Uzhgorod. 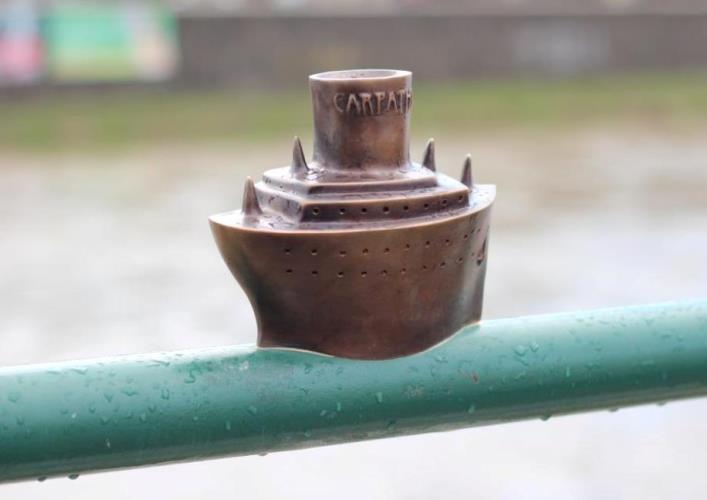 All the works exhibited by Uzhgorod sculptors right on the streets of this city are rather original, not only in their size, not larger than the human palm, but also in the manner of their execution. So, the same main hero of Yaroslav Hasek, the brave soldier Švejk, sits on the railing of the embankment of the city, holding his favorite bun with jam in his right hand. No less remarkable is the figure of the little Nikolaychik, who sits on the same railing, not far from Svejk. These are the small attractions of Uzhgorod. 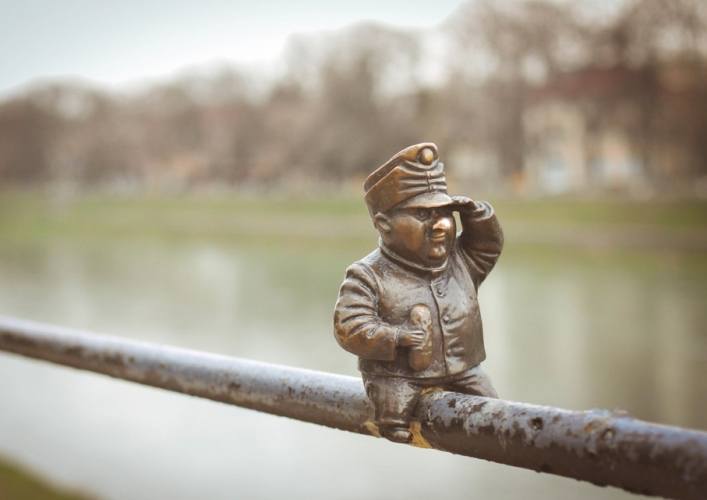 Difficult fate of the city’s attractions

At the same time, as the same authors of these works note, each of them has its own quite interesting story. So in particular such sights of Europe and Uzhgorod, like the same mini-sculpture by Ference List, were repeatedly abducted from their usual place. But apparently this sculpture had a favorable line of destiny and as it does not seem strange, the kidnappers tossed it to the authors themselves, in order to install it in place. But, in this respect, in life, the most «masterpiece» of this small sculptural series was most fortunate. Namely, the sculptural composition «A knot for memory», which is quite difficult to carry to your home collection. After all, for this, as a minimum, it will be necessary to carry out a whole section of railings on the embankment of the Uzh River.

But, despite the minimal size of the exhibited sculptures and their small number, only four, they have long been included in the program of numerous city excursions, which in no small measure contributes to the fact that tourism in Uzhgorod, from year to year, develops quite well. And the authors of these works, having felt the existence of a very definite prospect for this kind of creativity, already plan to add to the collection new original works that will decorate not only the embankment of the Uzh River, but other noteworthy places of the city. 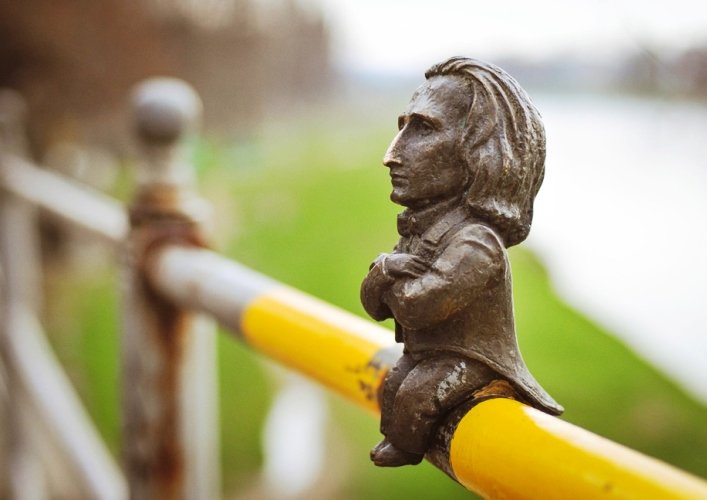 If you are going to see some monuments of Europe in the near future, you can begin this acquaintance with a small collection of mini-sculptures exposed in the open air on the embankment of Uzhgorod. And in the city itself is easy to get, because Uzhgorod today has not only a modern airport, but also a major railway station.