Temple of the Pantheon

It is difficult to imagine how many architectural monuments of the Roman era is located in Rome today, although there are quite detailed directories and catalogs in this library. But from all this, a decent list, the Pantheon Temple stands somewhat apart, as it is not only a unique historical artifact, but also a unique architectural creation of the hands and mind of man. 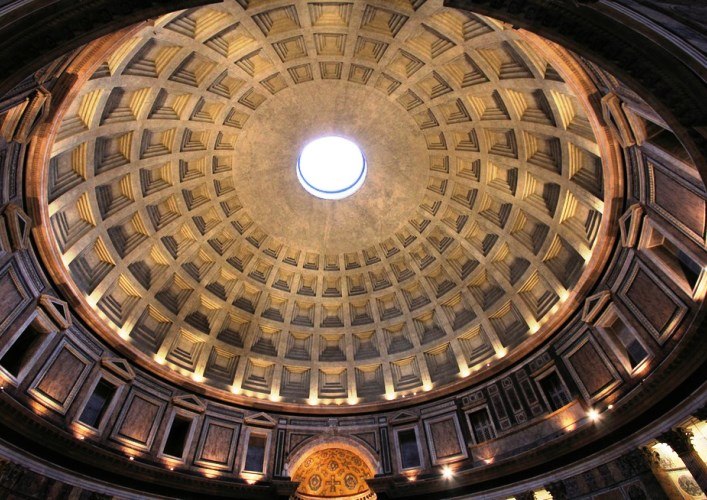 First of all, it is necessary to define the meaning of the word Pantheon. In our modern understanding, this is a certain memorial dedicated to certain heroes who have devoted their lives to serving a noble purpose. However, in its primordial meaning, this structure, like the word itself, denoted the place of any religious rituals dedicated to all existing gods. After all, in Latin, «Pan Theos» is nothing more than «The Temple of All Gods.» This is the purpose and had this temple in the period of its erection and lighting in 125 year.

However, such landmarks of Europe as the Pantheon Temple do not always have a favorable history. So it happened with the Temple of the Pantheon, when the Roman Empire changed its religious principles quite sharply and moved from its centuries-old paganism and, counting a large number of deities under the leadership of Zeus the Thunderer, to the Christian perception of the world around where only the one Supreme was determined the whole order of things. Proceeding from this, the purely pagan Temple of the Pantheon was for a time abandoned and looted. 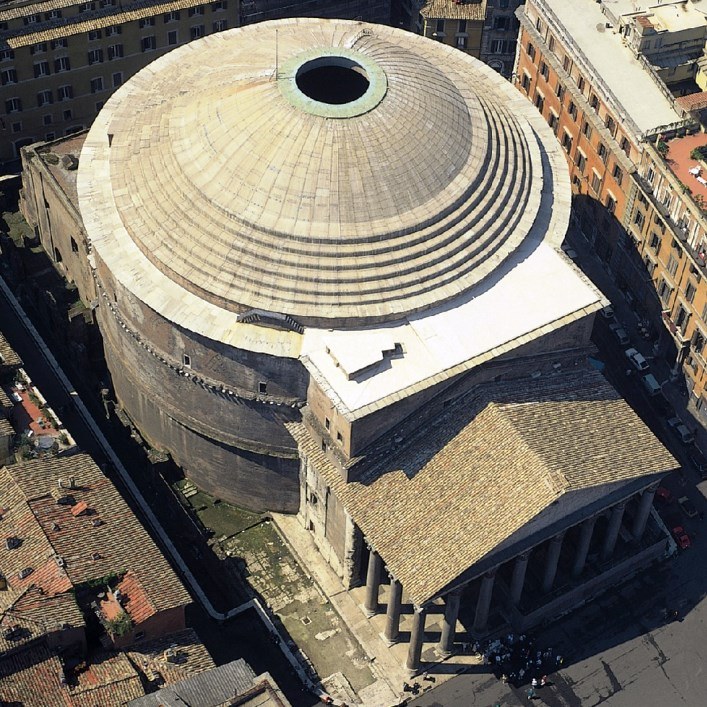 However, the conduct was pleased to be sent as Emperor of Rome Honorius, who, being a true Christian in 408 AD, issued a decree on the «redevelopment» of the Temple of the Pantheon in the Christian abode of St. Mary and the Martyrs, which today supports the tourism of the Eternal City, High level. After all, a significant part of those who come to Rome first of all try to see the two main sights of this city, namely the half-ruined Colosseum and the Church of St. Mary and the Martyrs. So, as to date, the Pantheon Temple selflessly fulfills its main mission, to carry «bright and noble» to the broadest masses.

As many guides on Rome have reported, it is quite easy to get to the Pantheon. Taking into account the fact that before Piazza the case of the Rotunda, where the Pantheon Temple is located, is located in the very center of the modern city, then by asking the passers-by for the nearest stop of tram No. 8, you can quite safely get to the place you need at the Argentina stop.