Shipping channels. You can ask — why are they? The speed of the sea cargo ship is rather small. There is a faster rail or road transport. And very fast air transport. Why steamer when there is an airplane? And the fact is that sea freight is cheap. And they can be clearly planned. But I always wanted to lower the price. For sea transport, this means shortening the path. That’s building the channels. The Suez Canal. Panama Canal. And not very large, but very interesting Corinthian channel. 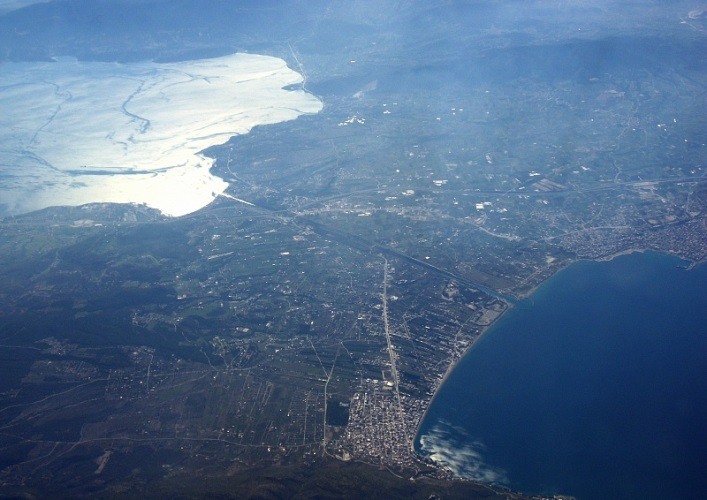 The History of Greece and the Corinthian Canal

Let the current Greece and not the superpower, let it now and is not on advanced science and technology, but it was like ancient Greece that was the cradle of our European civilization. Everyone knows Sparta and Athens two great Greek policies. Athens on the mainland Greece, Sparta on the Peloponnese Peninsula. And between them is the Corinthian isthmus with the Polis Corinth. Few Greek events passed by this isthmus. It was partitioned off by a wall. And it was the ancient Greeks who were the first to design the Corinthian channel.

Another Periander, the ruler of ancient Corinth, one of the seven legendary sages of Greece, planned to build it. And not only planned, but also started work, the channel began to dig. But this was the 7th century BC! The ancient builders of the channel were frightened by the difference in the water levels of the Aegean and Ionian seas. For the same reason, the construction of the canal was stopped by the son of Antigone, One-Eyed Demetrius Poliorket, and Julius Caesar himself. An attempt to build a canal through the Isthmus of Corinth was also performed by odious Roman emperors Caligula and Nero. Both Byzantine emperors and Venetian doges also began the construction of this channel. And finally, in 1881 the construction of the present Corinthian canal began, which ended in 1893. 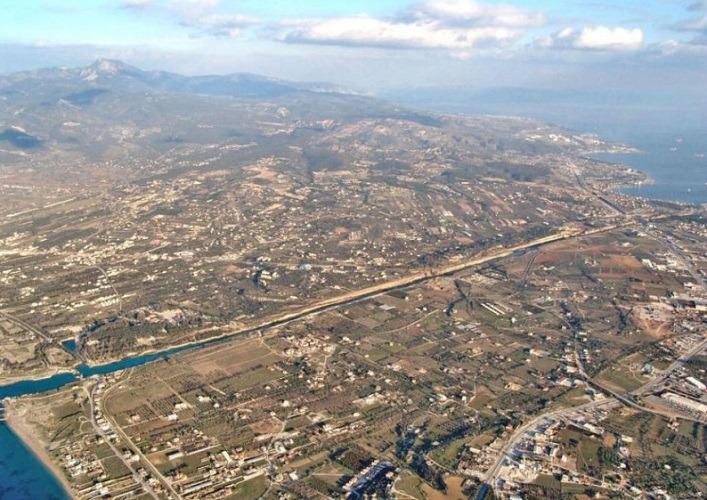 The Corinthian channel is interesting

Interesting places in Europe are very diverse. It is known to any tourist and traveler. Each has its own special «zest». Here are some interesting facts about the Corinthian canal. His project was entrusted to architects from Austria-Hungary Türr and Bel, who previously designed the Panama Canal. More than two thousand workers worked at the construction of the canal. The maximum height of the walls is 76 meters. Its total length is almost 6.5 kilometers.

And although, by modern standards, the proportions of the Corinthian channel are not at all great — the depth of the fairway is only 8 meters, and the width at sea level is about 21 meters, because of what it is impassable for large airliners, you can make a trip, so an amazing channel on a small boat .